The last Heron MJ1 — the world’s only fibreglass monocoque production car — was built after the factory closed its doors when the owner’s mum decided she needed a project.

The Heron was manufactured in Rotorua during the mid-’80s as a turnkey sports car. When the factory closed its doors in 1986, almost nobody noticed. Apart from a brief write-up in an Australian magazine in 1990, the car would not be heard of for the next three decades. The Heron that features in these pages was the last Heron MJ1 to be road registered. It is car number 25, and when it was built the factory had already closed its doors. At the time, the car’s designer, Ross Baker, had bought the manufacturing rights back from Summit Engineering and was considering putting the car back into production with possibly a Mazda 626 /Ford Telstar drivetrain. The moulds had been altered, and a couple of cars had already been retrofitted. This involved removing the north–south mid-engined Fiat motor that had been connected to a Skoda transaxle and inserting a front-wheel drive, Ford/ Mazda gearbox and drivetrain into its position in an east–west configuration. This body, like all the other Heron bodies, had been made at Rotorua Fibreglass by Paul MacDiarmid. 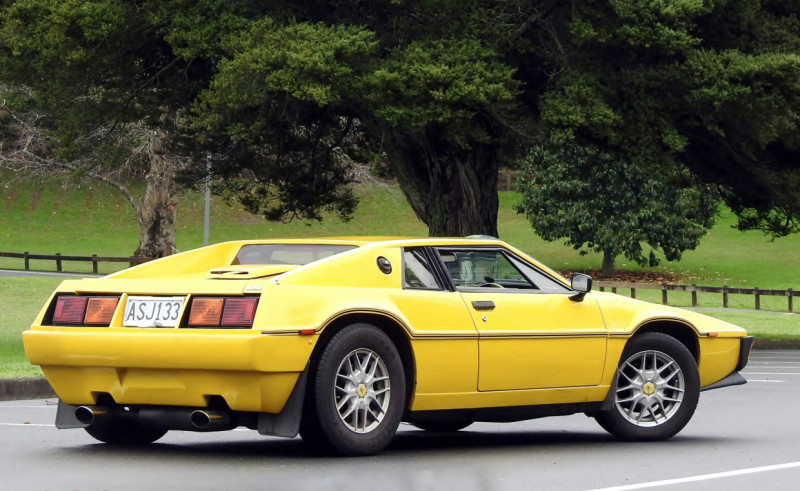 Sadly, the modified car never went into production and the body was pushed into a corner of Paul’s factory. It languished there until October 1990, when Doreen and Cliff Humphries, along with their son Martin, visited Paul.

When Martin saw the Heron he was more than impressed, and amazed that such a car could be built in New Zealand. After visiting some existing owners, Martin decided to buy the body and finish car number 25. Money changed hands, and Paul MacDiarmid delivered the car to Whangarei in November 1991. 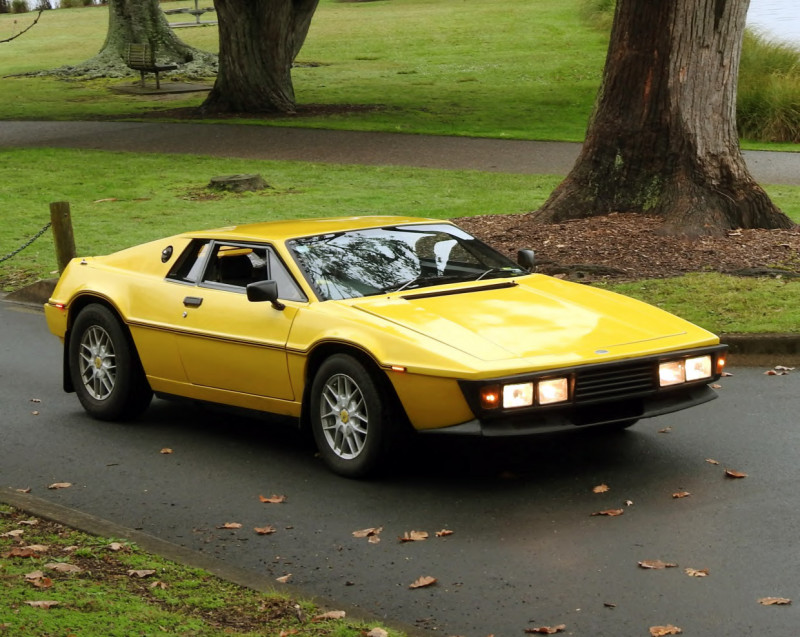 Martin’s first task was to buy a Ford Telstar / Mazda 626 donor car — and it had to be a good one. It would take just over a year for Martin to find the ideal car, a top-of-the-range Ford Telstar with all the whistles and beeps. Included was an early version of a digital instrument cluster, rare then but common now.

However, before the donor car arrived Martin was transferred by his employer to work in Auckland. There was no room to build a car at his new accommodation. He was in a quandary, as he had already invested so much money in it. This is where the story takes a twist, because Martin’s mum, Doreen, had been around classic cars for years, courtesy of a husband who had been tinkering with them all his life. Doreen was in her 50s at the time and decided she needed a new hobby, so she took on building Martin’s car. Her rationale was that building a car from scratch would not be as messy and oily as the cars her husband Cliff was always tinkering with.

When the Ford Telstar arrived Martin had already left home, so Doreen set about stripping the car of anything that would be useful. Cliff was on hand to give advice and help with some of the heavy lifting, as was good friend Kel Doel, a retired mechanic. Right from the start it was Doreen’s project, and they stayed out of her way when they were not wanted.

This MJ1 was unusual in that it had a complete fibreglass monocoque body/chassis. At the time there were no other cars like it in the world. A couple of manufacturers had experimented with a similar set-up in the ’50s and ’60s, but then placed it in the too-hard basket. Rotorua mechanic Ross Baker designed and developed the first car; later he would go into partnership with Summit Engineering to mass-produce them. 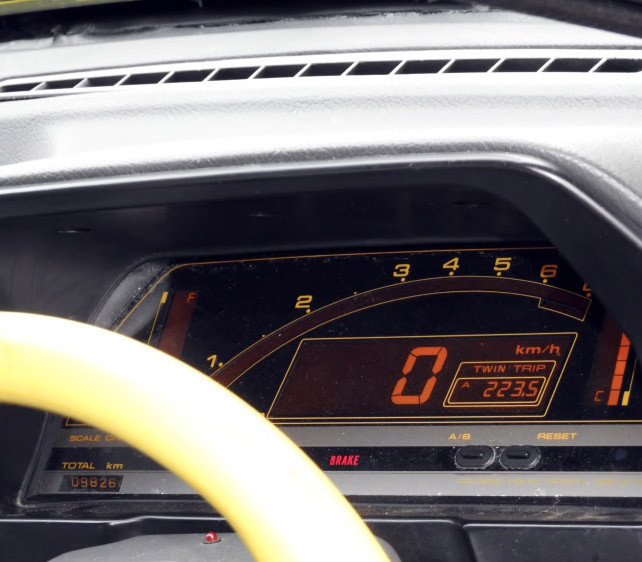 It took Doreen nine years to build the car. Turning a front-wheel drive Telstar into a mid-engine Heron MJ1 took a bit of work. Two years were spent on the electronic wiring alone. Because this Heron was not built in a factory, it was regarded as a scratch-built car and had to go through the full LVVTA certification system that came in during the early ’90s.

So, how could a car designed in the ’80s get through our modern certification system? Doreen said that it was remarkably easy. It helped that there were well over 20 Herons still on the road at the time, all of which had proved to be reliable and safe. During the nine-year build her certifier, Mark Stokes, would make three trips to Whangarei to check the car out. Doreen said, “He only found a few very minor things that were easy to fix.”

It was a big day in July 2002 when the Heron was driven to the local VTNZ station for its final inspection. The examiner put it up on the hoist, checked all the things it would need to get a WOF, along with the general quality of the build, and then said, “I don’t need to look any further underneath as everything is so tidy.” Doreen was elated. 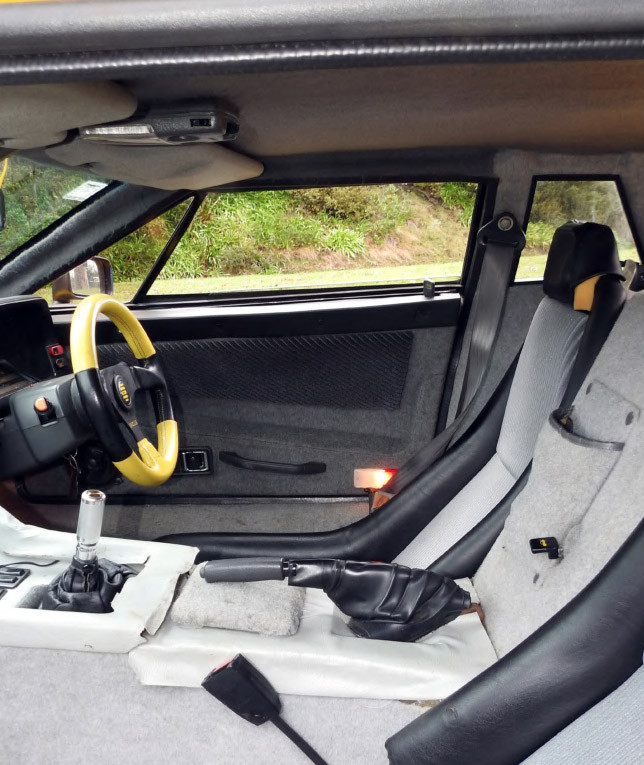 The ‘Suzuki Yellow’ Heron became Doreen’s everyday driver in Whangarei. When Doreen and Cliff retired to the Gold Coast in 2009, they could not take the car with them so it was sold to Roy Savage in Waikanae.

Roy bought the Heron for his private museum in Waikanae, which is where I first saw it in 2011. He told me, “I liked the styling, and the fact that it came out of Rotorua. Admittedly, I do not drive it very often as, at my age, being such a low car, it is difficult to get in and out of.”

Eventually, Roy sold the Heron to a car dealer and in 2015 Mike Boyce of Hastings became its next owner. I met Mike in 2020 when I went to interview him about another New Zealand supercar he owned, the Escartus. However, by then he had already sold the Heron to Alan Wichman in Hamilton. 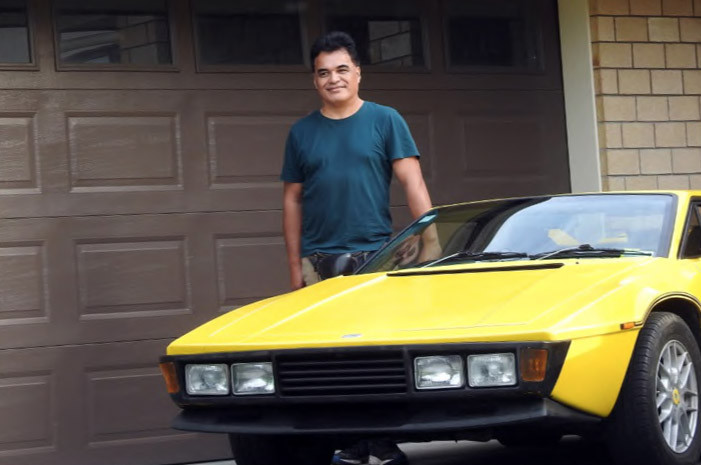 Alan, the current owner of the car, is an interesting character. He had owned two Heron MJ1s in the past and, in 2019, he had heard of another Heron MJ1 that was in pristine condition in Hastings and owned by Mike Boyce. Alan and his son Tom decided to visit Mike in Hastings. Mike was a car guy, and the two had a great time chatting about Herons and other cars that Mike had owned over, Alan asked for first refusal should Mike ever decide to sell his Heron. In January 2020, Alan became the fourth owner of Heron number 25.

I recently caught up with Alan, a man I now believe to be one of the marque’s greatest enthusiasts. Despite having written and published a book on Ross Baker and his Herons in 2020, I had never actually driven a Heron MJ1. Alan will never know how thrilled I was when he handed me the keys and said to bring it back when I was ready.

My first impression was just how low the car was to the ground. I could open the door and put my hand flat on the ground. The view out the windscreen was more akin to that seen through a mailbox slot. That being said, vision fore and aft was not a problem. At one intersection I pulled up beside a truck and could easily see what was coming by looking under the trailer. Once we got moving, I could also count his wheel studs, which were at eye level. 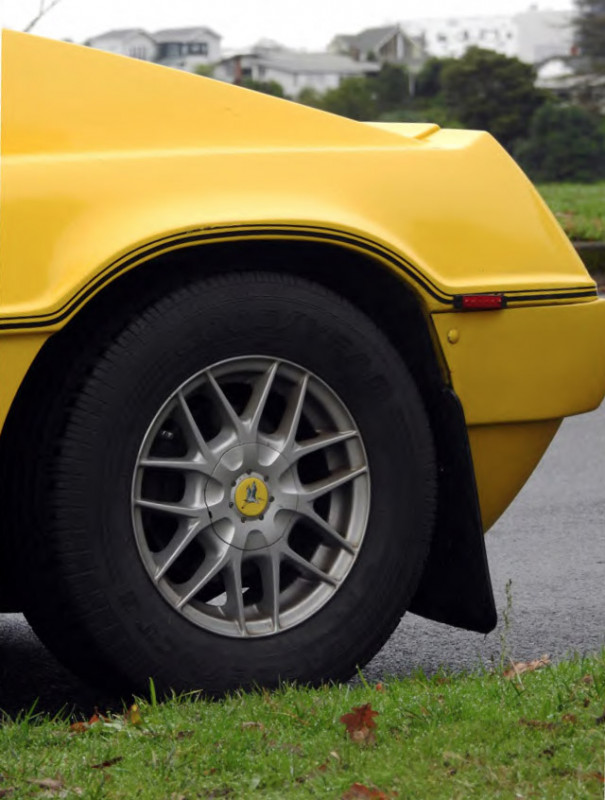 The interior, almost 40 years on, was looking tired. Alan says he intends to restore it once he finishes rebuilding another Heron MJ1 that arrived in several pieces. Steering in the car was not power assisted and heavy at low speeds. Body roll was almost non-existent. Acceleration, although not impressive by today’s standards, was more than adequate for the era in which the car was built, and still better than most modern cars. The pedals and seating position were not correct for a guy of my height, and I had forgotten to ask Alan how to adjust it. Still, nobody was going to take the smile off my face. I had driven a unique piece of New Zealand automotive history as few others would ever get the chance to do. This would have been a good time to finish the story. The future of car number 25 is assured and it is unlikely that it will ever be sold. But what is a good story without a final twist?

After I visited Alan in Hamilton, he sent me a picture of his Heron at the 2021 Auckland Brit & Euro Car Show. Standing beside Heron number 25 was Doreen Humphries — the car’s original builder. Alan had found out that she was now living in Auckland, tracked her down, and invited her out to see the Heron — a car she had first viewed as a dusty body more than 30 years earlier. Needless to say, she was thrilled to see it again.

My first impression was just how low the car was. I could open the door and put my hand flat on the ground. body, like all the other Heron bodies, had been made at Rotorua Fibreglass by Paul MacDiarmid. This MJ1 was unusual in that it had a complete fibreglass monocoque body/chassis. At the time there were no other cars like it in the world. Nobody was going to take the smile off my face. I had driven a unique piece of New Zealand automotive history as few others would ever get the chance to do.

Article type:
Review
1986 heron mj11986heron mj1heronheron cars
—
54
Write a comment
No comments yet. Be the first to add a comment!