A Belmont in flash trackies. Once the poorer brother to Monaro GTS Coupe; now rich pickings

These days, no automotive niche is left unplugged. So it’s surprising to reflect that, at the beginning of 1972, when Holden and Ford between them held 55 percent of the market, Holden’s new HQ range had no V8 performance sedan to counter Ford’s mighty Falcon GT. Conversely, Ford had no V8 two-door rival to Holden’s Monaro GTS.

It had been this way for five years, since the Bathurst biffo began with the Falcon XR GT in 1967 and Holden counter-punched with the Monaro GTS 327 in 1968. Yet to come, in June of 1972, was the ‘supercar scare’ that snuffed development of Bathurst homologation specials. 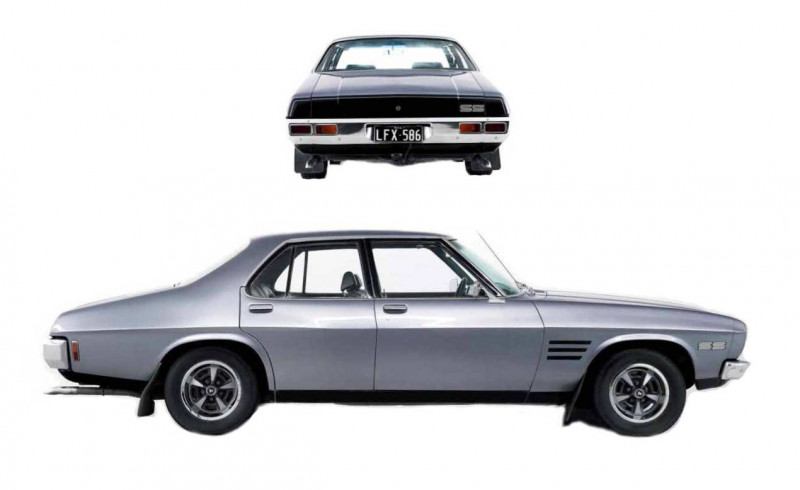 Ford’s XA GT hardtop arrived in March 1972; fully a year later, Holden would add a four-door Monaro GTS (in part, to help arrest the already accelerating slide of the Monaro nameplate down the sales charts).

In the meantime, in September 1972, came this intriguing Holden HQ special, dubbed simply the SS. Ironically, this nameplate would be more enduring than the glamorous Monaro, being briefly affixed to the V8-engined Torana LX before an almost unbroken series of Commodores, starting with the VH in 1982.

Beyond that it was basic Holden Belmont, with even the armrests optional extras. These and other luxury items (including the big 5.7-litre V8) would be provided later in the more expensive Monaro GTS sedan that effectively replaced the SS.

The SS delivered enough performance-car cachet with family car practicality that the initial production run of 1500 cars was quickly extended by a further 1300. In June 2021, a shed-find example was auctioned for $85,500.

Dubbed ‘A super sporty heart-starter’ by Holden’s hyperventilating marketing department, the beefed-Belmont SS offered a trio of exclusive body colours (Infra Red, Ultra Violet and Lettuce Alone), around a Monaro parts-bin pilfering of houndstooth fabric-insert bucket seats, and sports steering wheel and instrumentation. It also came with full carpeting which, like bucket seats, was not to be taken for granted in a Belmont.

The SS’s standard 4.2-litre V8 offered 138kW/355Nm, with the optional 5.0- litre delivering a more meaningful 179kW and 427Nm. Both drove through the M20 four-speed manual and a 3.36:1 ‘Performance Option’ Monaro differential. There was some substance to the SS, with a twin exhaust system, 14-inch radial tyres, front anti-roll bar and ‘sports tuned’ suspension (this still pre-dating 1977’s Radial Tuned Suspension).

I have been told that the 253 was the only engine offered in the HQ SS, stand to be corrected though.....