Packing a punch Jaguar's R Performance Options threw a raft of performance choices open to its customers in the late Nineties and early 2000s. We get to grips with a 4.2-litre XK8, that's just an engine away from being an R. Words and Photography Craig Cheetham.

The options give this XK a menacing presence

In 1999 Jaguar introduced a range of aftermarket items under the R-Performance name that took inspiration from the XK 180 concept revealed the year before. We look at an XK8 that’s had the majority of these parts fitted

At the 1998 Paris Motor Show, Jaguar pulled the wraps off a concept car that was created by its Special Vehicle Operations (SVO) to celebrate 50 years of the XK engine, a name that had been recently reinvigorated with the debut of the XK8 two years earlier. 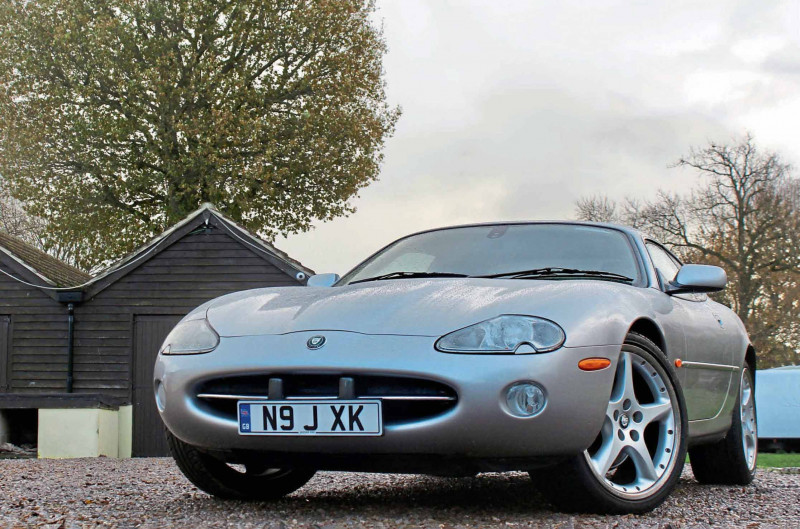 The XK 180 was based on the XKR, but was shorter, wider and lower – a look that gave it an incredible wow factor as well as an entirely different rear end. But while the XK 180 was never a production car, it was more than just a styling exercise since it introduced a number of features that were there specifically to spice up the rest of the Jaguar range, including the show car’s stunning 20in alloy wheels, Pirelli P-Zero tyres and Brembo brakes.

The ‘R Performance Options’ parts were offered initially on the XKR and XJR models only (but later with the X-TYPE and S-TYPE), with or without Computer Active Technology Suspension (CATS). They were launched in September 1999, after the XK 180 had made its second show appearance at the North American International Auto Show, this time with different wheels. Both alloy choices would be offered as part of the R Pack, named ‘Paris’ or ‘Detroit’ after the shows at which they were revealed. 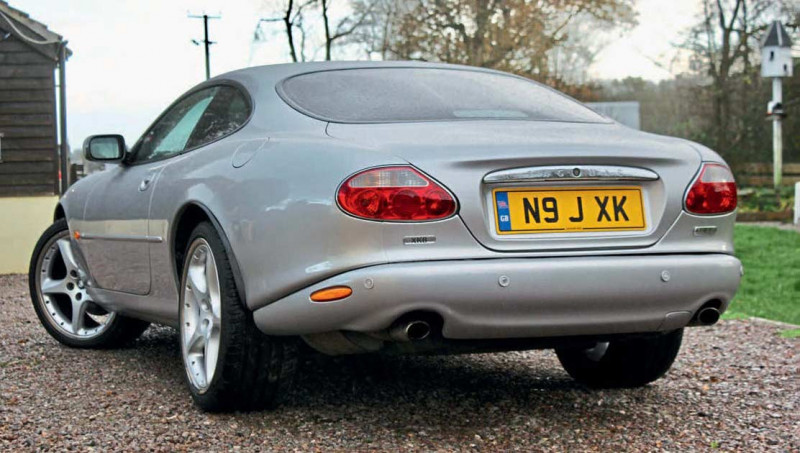 Speaking at their launch, Jaguar’s then managing director, Jonathan Browning, said, “The R Performance Options range builds on Jaguar’s rich sporting heritage, as characterised by the XK 180, from which the range is derived. Complementing the exhilarating, refined performance of Jaguar’s supercharged XJR saloon and XKR sports models, the R Performance Options satisfy the needs of the luxury car driving enthusiast. They combine an individual but discreet, sporting character with dynamic handling, without compromising Jaguar’s renowned ride comfort, luxury and refinement.”

At the time, the Paris and Detroit alloys were the largest ever fitted to a Jaguar at 20 x 9in, which is odd to think about when 20in is considered a fairly normal wheel size today. An 18in alternative was also offered for the XJ models, whose arches weren’t big enough for the larger alloys. The style was the same, but the wheels were named ‘Milan’ and ‘Monaco’.

All were shod with Pirelli P-Zero tyres that were developed in conjunction with Jaguar to optimise performance and handling, while the optional Brembo brakes featured four-piston aluminium calipers front and rear, with two-piece cross-drilled and ventilated front discs and solid rears. XKRs could also be ordered with a Handling Pack comprising one of the two alloy choices, CATS and revised, tauter damper settings, as well as uprated springs and anti-roll bars, variable ratio, speed-sensitive steering and a 10mm lower ride height. 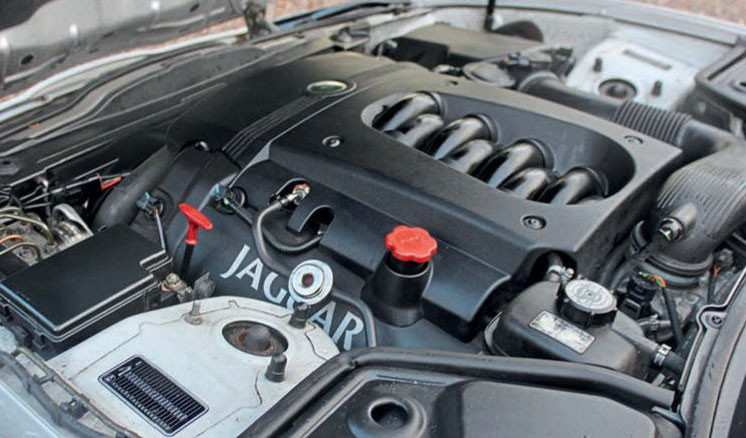 The options made a significant difference to the way the XKR drove, especially with the full Handling Pack, but they came at a price. The wheels alone were a £2,450 option, or £3,750 with CATS. The full Handling Pack would set you back £4,600 – a lot of money in isolation, but a figure that could easily be rolled up in a finance package, which was what Jaguar was aiming for. Dealers loved it, too, as it was quite an easy sell. After all, who would want to order an XKR without it being the best it could be?

Indeed, so successful were the R Performance Options on the R models that in 2001, they were made standard on the XKR and rolled out across the rest of the XK8 model range as a means of not only helping dealers to upsell to XK8 customers, but also to recognise Jaguar’s Formula One endeavours through Jaguar Racing.

The car we have here is a 2003 XK8 4.2 coupe, which in isolation would be a lovely machine. But it was improved when new, with the original owner specifying the Handling Pack with Paris alloys; the defining difference between the two wheel styles being that Paris alloys have exposed wheel nuts, while those on the Detroit wheels were covered up.

By the time this car was registered, the R Performance Options range had also evolved to cover a broader range of items, such as the XKR’s sports seats and leather-trimmed sports steering wheel, both of which were standard on the sporting flagship but were now being offered on the rest of the range.

Combined with the lowered ride height and R Pack exhaust system (another option offered from 2001), the options give this XK a menacing presence. Any XK is a great-looking car thanks to Keith Helfet’s wonderful original design, but with the additional R Performance Options it’s transformed into an absolute stunner. From any angle, this is a terrific car to look at, and it’s set off perfectly by the Platinum Silver paint finish on this example.

Settle into the black leather bucket seats and it feels as special as the range-topping XKR — it’s an interior that offers a classy combination of sportiness and opulence, very much in the Jaguar tradition, while the Performance Options thickly bolstered sports seats and ‘R’ logo’d leather steering wheel add a real sense of occasion.

It’s a sense of occasion that isn’t let down by the performance, either. Sure, it doesn’t have the tyre-shredding power of the supercharged XKR, but the 4.2-litre V8 is certainly no slouch.

Introduced in September 2002, the engine increased the power output of the XK8 from the 4.0-litre’s 290bhp to 300bhp, which made the XK8 a very potent car indeed. As such, it’ll blast from nought to 60mph in less than six seconds, with an electronically limited top speed of 155mph. That’s barely slower than the 450bhp R. And on the open road, it’s glorious.

The sonorous growl of the V8 through the sports exhaust system, coupled with the direct and responsive speed-sensitive steering and permanently adapting CATS suspension, gives an immersive and sensory driving experience despite the lack of a supercharged howl. It’s quick through the bends, and very fast in a straight line with excellent traction, while it’s easy to place on the road despite its considerable bulk.

Indeed, as XK8s go, this one is a real hidden gem. It’s as close to an R as you’re going to get without being an R, and because it isn’t one, it’s not worth especially more than a standard XK8. Indeed, the very car in the pictures sold recently at a classic car auction for just £6,500. That’s only £2,000 more than the options specified would have cost its original owner, and a sensational car for the money.

If you’re in the market for an XK and can’t quite run to an XKR, then one with the R Performance Options and Handling Pack is most definitely worth seeking out.

MIDDLE: The X308 had the option of 18in ‘Milan’ wheels as part of the R Performance options

BOTTOM: An S-TYPE with 18in ‘Monaco’ alloys

The R Performance options had their own brochure