Mercedes Enthusiast is invited to test the latest machines from tuner Brabus, including the Crawler, a near-900bhp dune buggy dripping with intent and attitude, and the S-Class-based 600 limousine.

The Crawler is a limited edition, no-holdsbarred off-roader showcasing Brabus’ design and engineering ability. “There was no clear ‘Eureka!’ moment that gave birth to the Crawler,” Brabus’ Technical Director, Jörn Gander explained. “The idea came out of an exercise that my team had embarked upon to expand their knowledge of chassis development. As the best way to do this is to design and build a working prototype, a discussion took place that set out the initial parameters.” 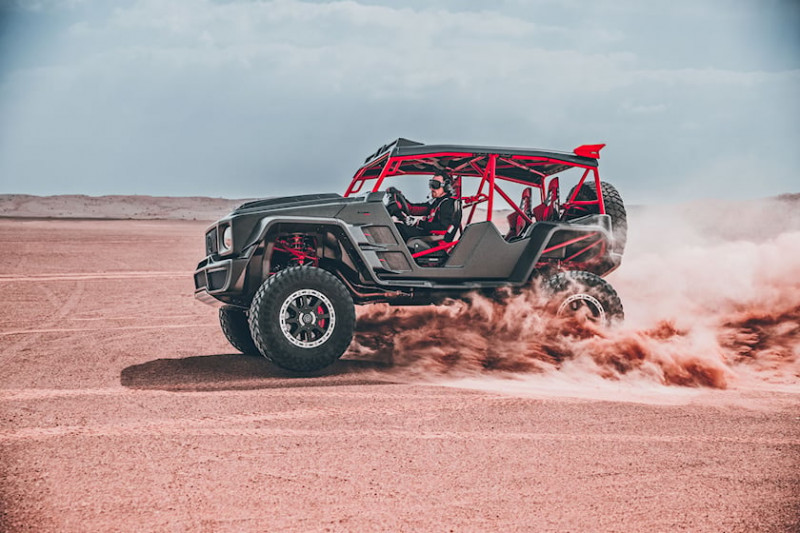 It was decided from day one that, as this exercise was about the chassis and frame, the team would keep complex stuff like active systems, electronics and NVH out of the equation.

“As for the type of vehicle we would be developing, it was also clear that while we are a ‘manufacturer’ according to the German transport authorities, it was important that we build a uniquely Brabus vehicle,” Jörn explained. A one-off or very low volume car does not have to be street legal. Many wealthy customers are willing to accept this, with the Ferrari FXX and Porsche 935 prime examples of super exclusive track-only cars offered to ‘VIP clients.’ 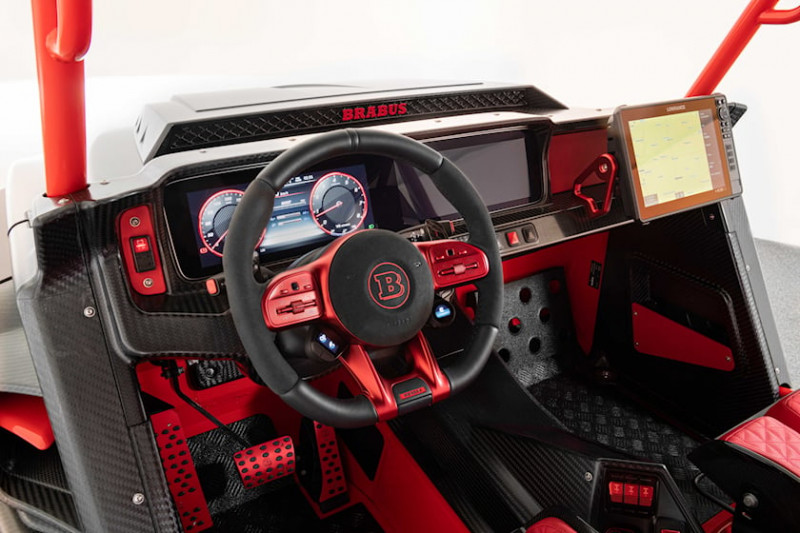 “A segment where you can charge a lot of money and not have to worry about the expense of all the road legal niceties makes for a very interesting business case,” said Jörn. “But there are too many supercars out there already, and as we are a sporting luxury specialist rather than a motorsport company, the idea of a track day car is as far from our core business as you can get.”

On the other hand, Brabus is the world’s number one tuner of the Mercedes G-Class, so it made perfect sense to take the concept of an ultimate off-road vehicle and develop this to the Nth degree. Further bolstering this is the fact that many of the company’s good customers for extreme G63 conversions are based in countries with deserts, and the pieces of the puzzle started to drop into place. Brabus is not just the world’s largest Mercedes tuner, the company is also the world’s largest tuner per se, and has state-of-the-art facilities including 3D printing and carbon fibre manufacturing departments.

The Crawler is built around a bespoke tubular steel chassis optimised for strength and weight using CAD and FEM modelling, and carried out in conjunction with a specialist partner in Germany. While it shares its wheelbase dimensions, engine, drivetrain, gearbox and differentials with the 2,560kg G63 AMG, the completely different chassis and body make a very significant difference to the weight equation. With a full tank of fuel and all liquids, the Crawler is a significant 495kg lighter despite the portal axle conversion adding 20kg per wheel. The moulding for the Crawler’s prepreg carbon fibre body is the largest Brabus has ever made in-house. In aesthetic terms, it is a classic example of form following function, and the ‘G-Class’ look of the nose cone and bonnet was an integral part of the design, linking the Crawler to other exclusive Brabus G-Class-based vehicles.

The solid front and rear axles come from the Brabus XLP conversion for the G-Class, which means they are substantially modified for extra load and strength along with the addition of portal gearing and new wheel hubs. The gearbox ratios are stock and the portal gearing is used to compensate for the massive wheels and tyres that give the vehicle its superior ground clearance. This also means that the signal received by the factory ESP system is correct.

Power comes from the proven Brabus Rocket motor as used in the company’s GT Rocket 900. The only physical changes are to the oil sump and differential casing, the former being further forwards to suit the chassis. The standard AMG biturbo V8 motor family displaces 3,982cc from a bore and stroke of 83x92mm. Brabus increases this to 83.75x100mm for a swept displacement of 4,407cc. The turbochargers are modified with larger compressor wheels in modified housings. The turbine wheel geometry is altered for greater efficiency, but as they are not any larger, their housings and the intake manifolds remain untouched.

With remapped engine and gearbox ECUs, the bigger capacity motor makes a headline 888bhp (900ps) at 6,200rpm, with the 992lb ft of torque electronically limited to 774lb ft to preserve the gearbox. The Brabus engineers reduced complication as much as possible so while the gearbox ECU is standard AMG, many ECUs were omitted since comfort features like electric seats, electric windows and so on are redundant here.

There is a technique to climbing inside the Crawler. Neatly placed side steps bring the prominent roll cage within reach, and you must use this as your personal ‘monkey bar’ to swing yourself up and into the cockpit. With controls like the ignition and start button dispersed across the unfamiliar cabin, you need to pause for a moment to take it all in. Once you light it up and the familiar instrument panel of the current G63 appears in front of you, things approach to some semblance of normality.

Pressing the starter delivers a V8 roar that shades a regular G63’s. The two big side exhausts seem to have a direct line to the voice of God, and those headsets hanging off the rollbars are meant for communication with other occupants that would otherwise be impossible thanks to the engine bellow and rush of turbulent air on the move.

In a vehicle of this stature, the Brabus 900 motor’s thrust scrambles your brain. With a lot less weight to pull than a standard G63 motor, the straight-line performance is totally mind-blowing, with 62mph arriving in just 3.4 seconds. Vmax is limited to 100mph, but that’s enough without a windscreen. My experience of enthusiastically driving the Crawler down a runway is best described as visceral, spiritually energising and absurd, all at the same time.

Barely 12 hours after the wraps came off the Crawler at the previous evening’s event, Brabus had names against all 15 production slots, the 100,000 deposits chipping away at the 749,000 (£650,000) total asking price. However, as Brabus’ engineers can only put together five of these super cool, handmade off-roaders per year, the very wealthy people at the back of this short queue will have to learn that patience is a virtue.

All figures from Brabus; torque and top speed are electronically limited

The thrust from the Brabus 900 motor scrambles your brain”

“The Crawler is a significant 495kg lighter than a G63”