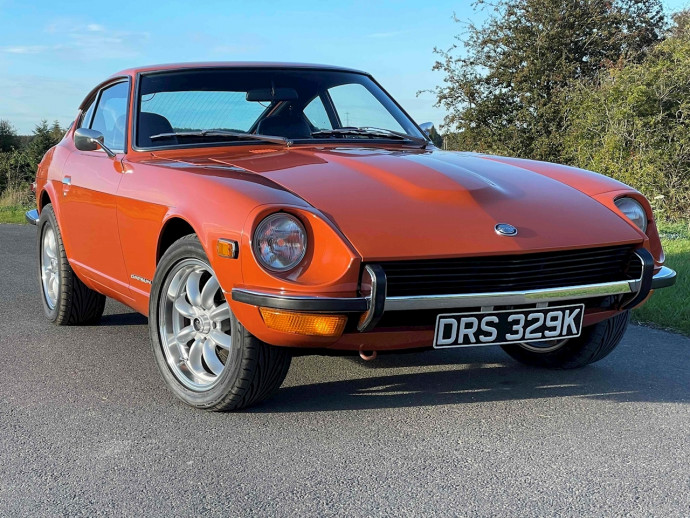 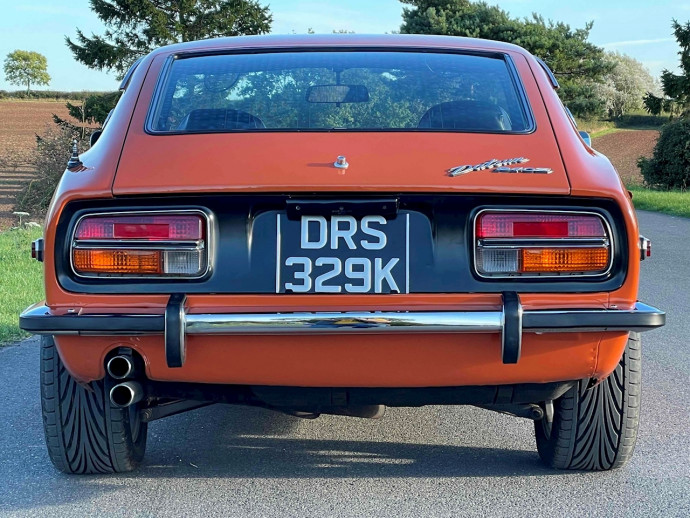 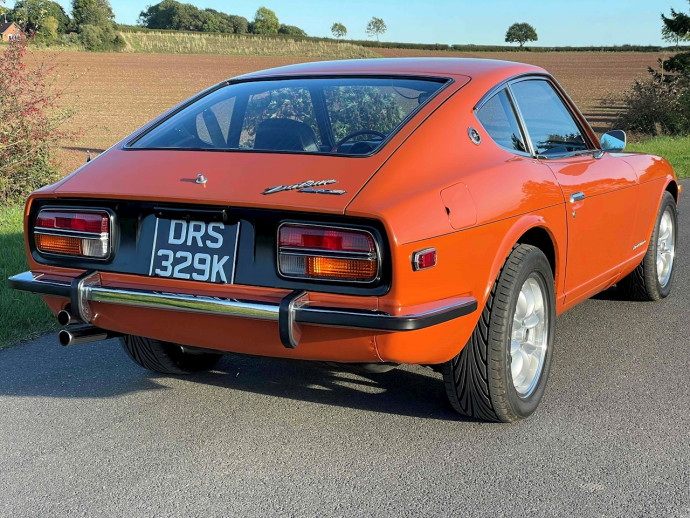 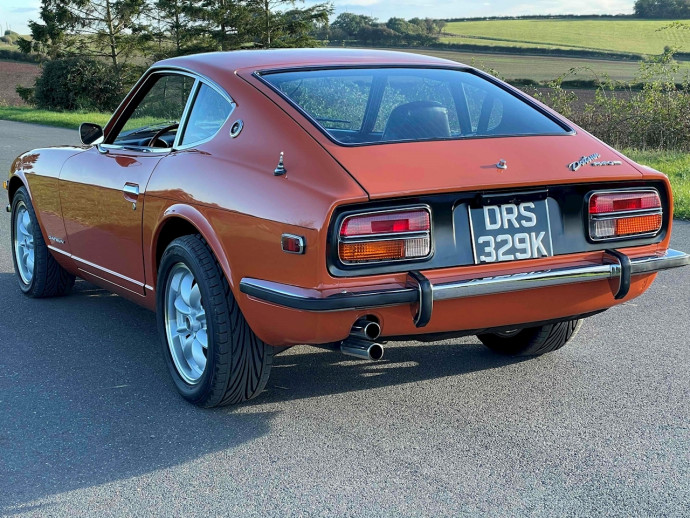 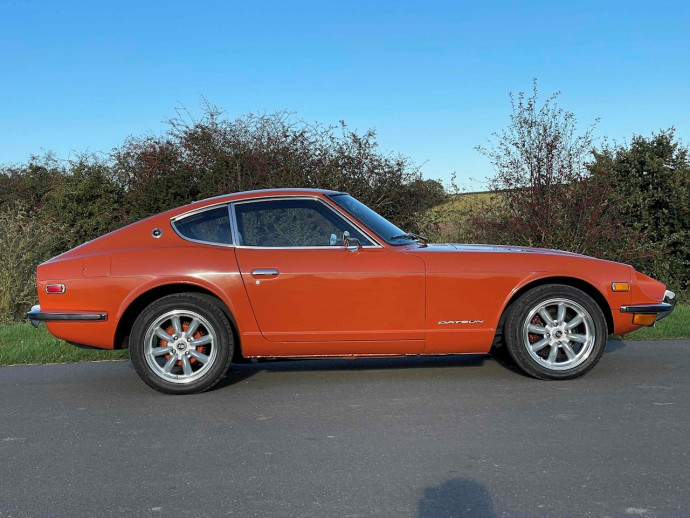 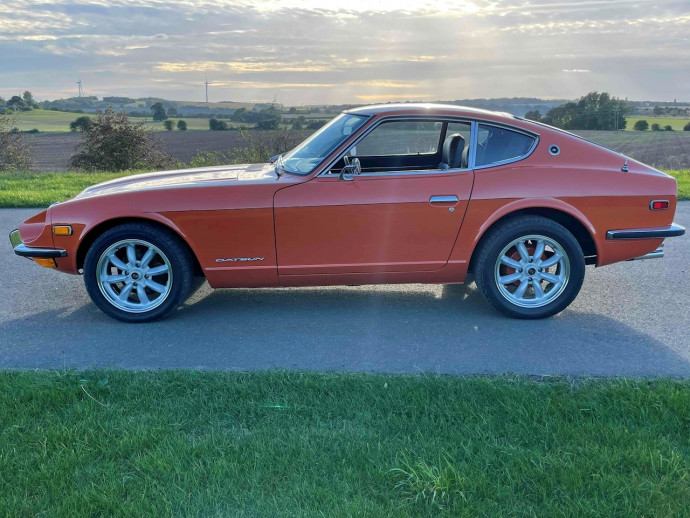 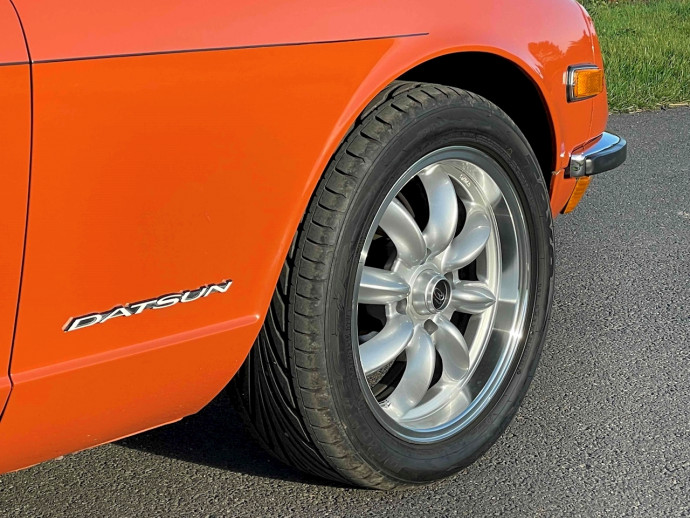 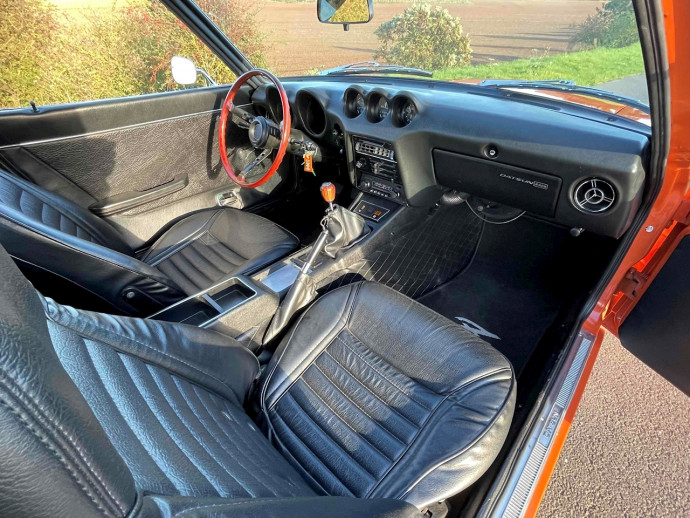 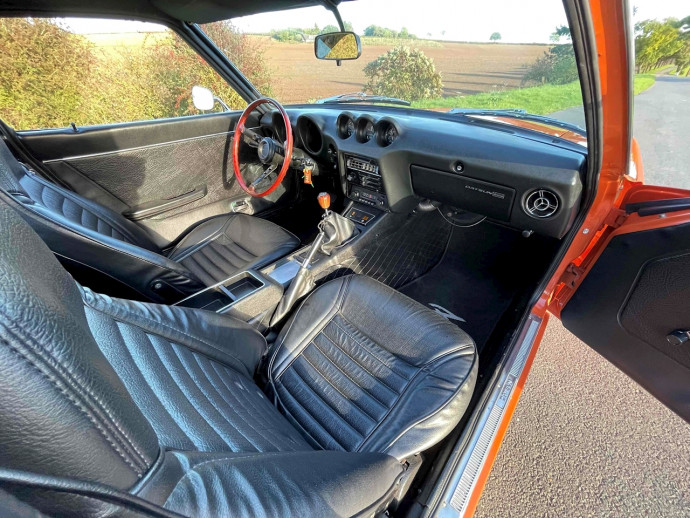 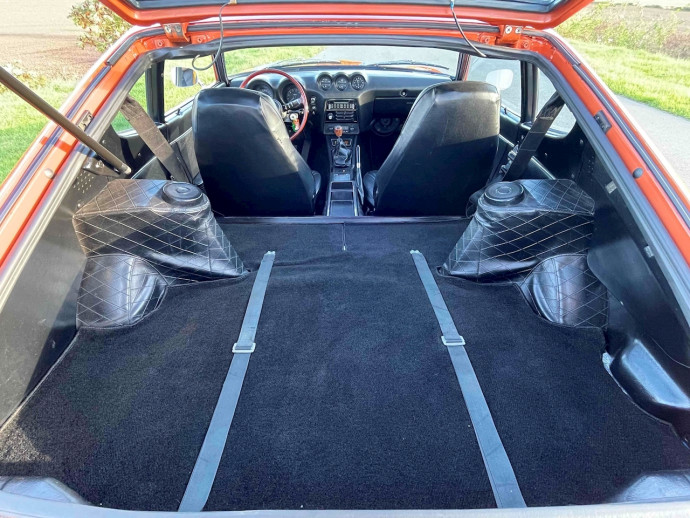 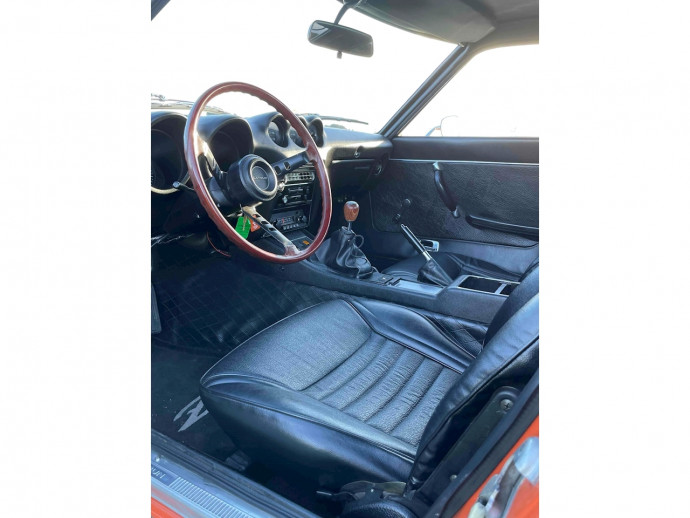 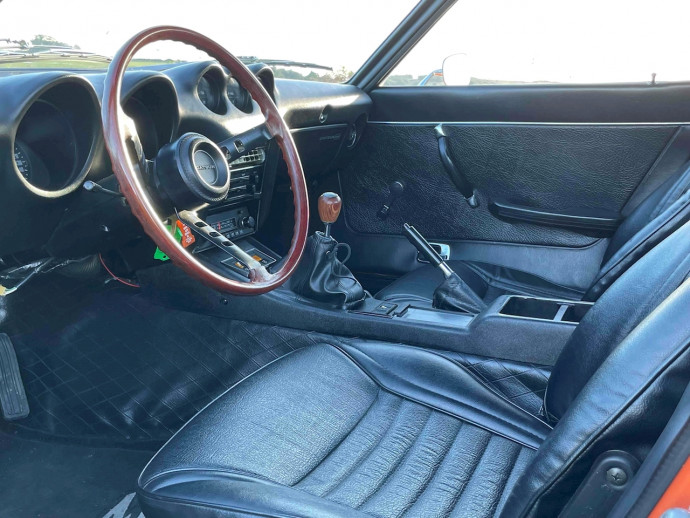 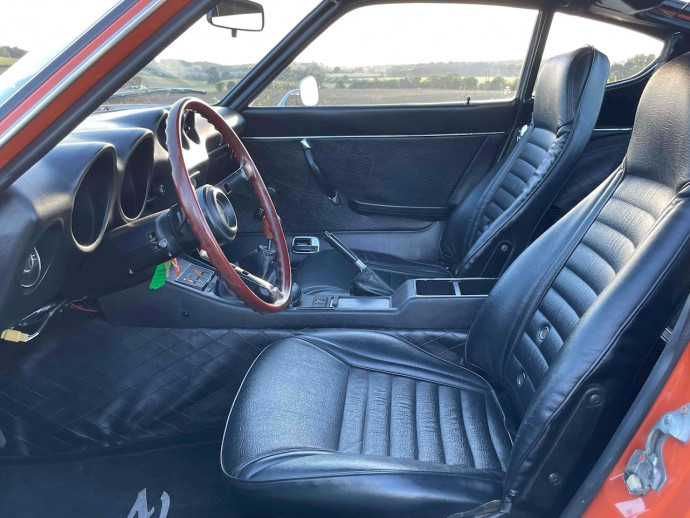 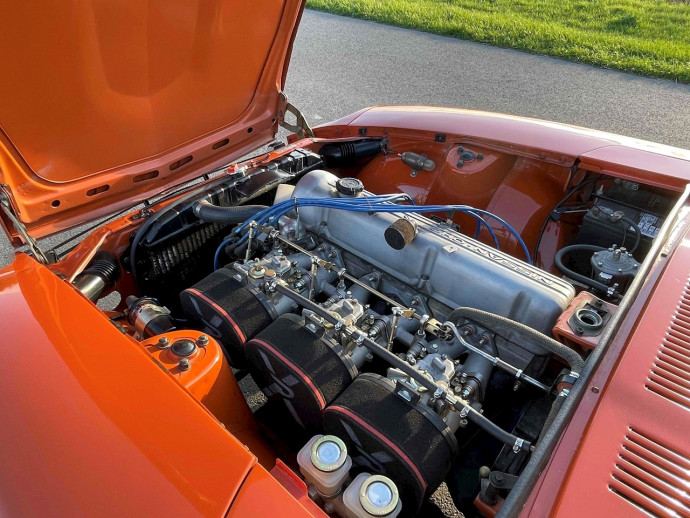 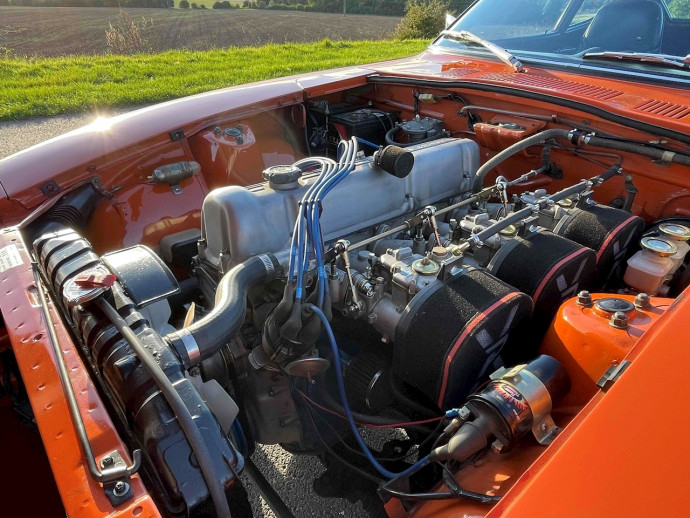 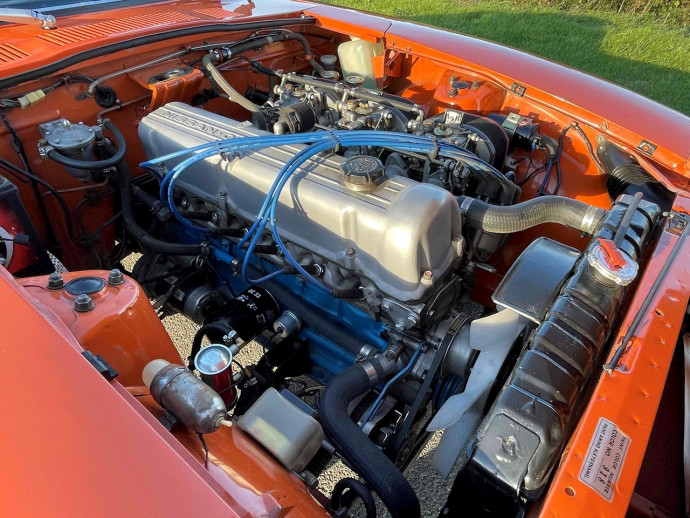 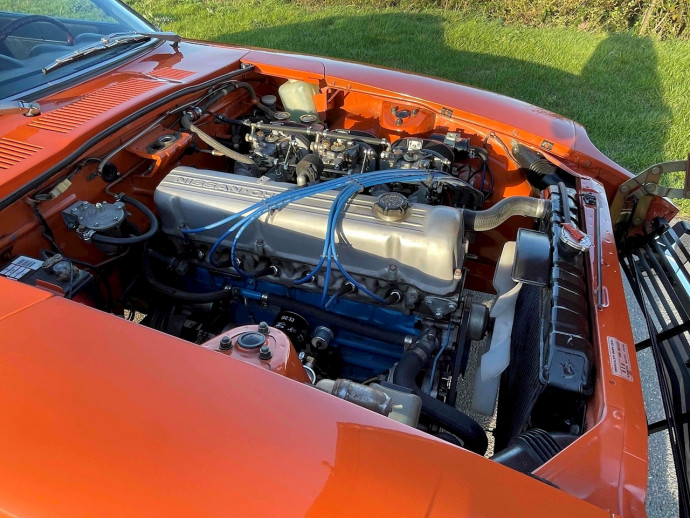 This Datsun has enjoyed three former keepers (two in America, one in the UK) who have clearly lavished plenty of care upon it. Works in 2011 alone totalled more than $22,000 according to the hand-written notes in the history folder. Any 240Z seller seeking over £30,000 must be justified by their car’s condition and history, and on the strength of both this one seems to warrant its asking price. One of the final things the last American owner did was spend $1800 converting the fuelling to triple Weber DCOE carburettors.

They require balancing and the vendor assures us this will be done prior to sale, but it doesn’t adversely affect start-up; this 240Z idles smoothly at 1000rpm even when not fully up to temperature. Acceleration is strong, but when heavy throttle is applied while cruising at high revs an unevenness occasionally creeps in. The steering is unassisted and very heavy at low speeds, though once on a B-road it soon becomes feelsome, communicative and is free from any wander or play. Gearchanges have a positive action and the brakes do an excellent job of scrubbing off speed.

This car arrived in the UK in 2015 from sunny California, where it was subject to restoration work – none of which appears to have involved any welding to the original metal. Instead, it received a full, bare-metal respray. The paint still appears vibrant and consistent, while all the panels hang nicely with even gaps throughout. Minor imperfections are limited to a small area of cracked paint just below the passenger’s side headlamp, and a small dent on the scuttle panel on the driver’s side. There’s also a stone chip, smaller than a 5p coin, in the windscreen below the driver’s eye line. The deep-dish Rota wheels look recently refurbished and wear matching Toyo Proxes tyres with plenty of tread.

Given that it spent four decades on the US’s West Coast, you might expect signs of UV damage inside, or splits in the dashboard top. However, there are no such problems here – all the more impressive given that the seat covers, carpets and door cards all appear original. Sound-deadening material lines the floorpans. The seats haven’t sagged, though tape has been used to prevent a split in the stitching on the passenger’s seat back from spreading. All the gauges work and there’s no damage to either the steering wheel or gear lever. When the car was resprayed, the in-line six-cylinder engine was rebuilt, so there’s virtually nothing to criticise in the engine bay. The radiator’s fins are undamaged, the rubber hoses are free from cracks and bulges, the belts appear well tensioned and there are no fluid leaks. There’s also no corrosion on the panels around the engine. Visible are an aftermarket spin-on oil filter, Flamethrower ignition coil, NGK HT leads and an electronic Facet fuel pump. The large history folder catalogues the restoration undertaken in 2011, plus the importation documents. The car has been out of MoT since June 2019, but will be sold with a new certificate.

CHOOSE YOUR NISSAN S30
Launched in 1969, the Nissan S30 was known under different nameplates depending on market: Nissan Fairlady Z with a 2.0-litre straight-six in Japan, plus the higherperformance 2.4-litre Fairlady 240Z, and in 2.4-litre form only it was known as the Datsun 240Z in export markets. Japanese motor sport homologation special Fairladys began in 1970, with the Skylineengined Z432 for rallying, and the smoothnosed 240ZG for Group 4 racing. The 1973 oil crisis saw the model range scaled down to 2.0-litre versions only for Japan in 1974, while export markets got the 2.6-litre 260Z. The familiar two-seater bodyshell was joined by a new longer-wheelbase 2+2 variant.


Still dazzling from its respray in the USA Californian sun was kind to the 240’s lhd cockpit Almost faultless, but the Webers need tuning