The upcoming Alpine GT X-Over, a dynamically focused and aero-optimised sporting crossover to rival the Lotus Eletre and Polestar 3, will provide Alpine with the volume-focused, practical proposition it needs to achieve substantially increased global sales. 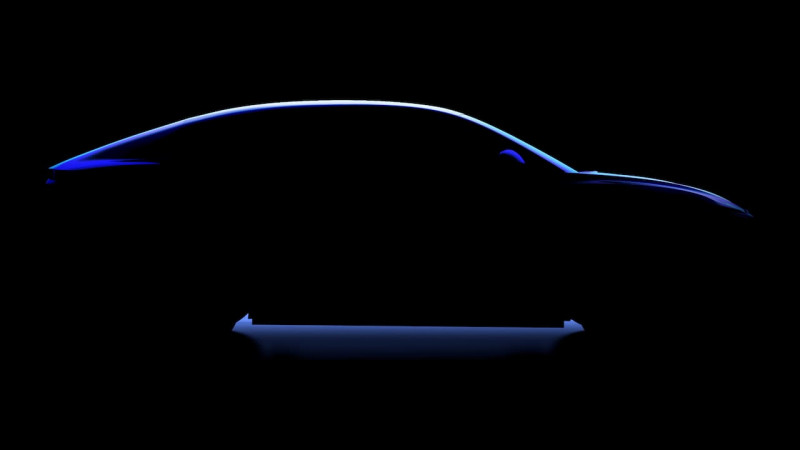 The GT X-Over will use the same CMF-EV architecture that underpins parent brand Renault's Megane E-Tech hatchback and the larger Nissan Ariya SUV. It is likely that the Alpine’s lofty power figure and keen dynamics will come courtesy of a second motor on the rear axle, mirroring the range-topping e-4orce version of the Nissan, while the front wheels will be driven by the 215bhp unit used by the Megane.

Speaking at the Paris motor show last month, Alpine head designer Antony Villain made it clear the brand will not abandon its sporting credentials in the pursuit of high-volume sales. “If we keep the driving experience, the elegance, the sportiness and the stance of the car, it’s not a problem," he said. A test mule spotted wearing the body of sibling brand Dacia's Duster SUV has already hinted at a strong emphasis on cornering agility. Spy shots show it with large-diameter sports wheels pushed right to the corners of the architecture, giving a long wheelbase and as wide a track as possible.

As with other performance- focused brands tapping into higher volumes with larger, heavier models, Alpine will look to ensure that the spirit of its flagship model is carried over to its first SUV. While the A110 is obviously a modern reinterpretation of the 1963 original, with its distinctive quad-light front end and shapely aluminium curves, the GT X-Over promises a step-change in Alpine's approach to car design. “You will see a lot of links with the A110," said Villain, but he added that all-new cars give “more freedom to explore".

Aerodynamic efficiency will play a key role in shaping the new SUV, with a view to optimising straight-line pace while improving both downforce in corners and efficiency. An official teaser of the car reveals a dramatic, coupe-style curved roofline, swollen rear haunches and a low, sloping bonnet. Autocar has previously reported that engineers at Alpine's Formula 1 headquarters in Oxfordshire have worked with the Paris-based road car team to improve airflow (with a claimed 25km range boost as a result), and Alpine CEO Laurent Rossi said there is also scope for technology transfer on the battery management side.

Alpine's simultaneous focus on race and road car development was showcased recently by the radical Alpenglow single- seater concept. While ostensibly showcasing the French outfit’s plan to bring hydrogen-combustion technology to the fore, the car also previewed several features and cues that will be common to upcoming production cars. Active aerodynamics, for example, could help mitigate the GT X-Over's kerb weight (likely to exceed 2500kg), and it will nod to the brand’s motorsport activities with a similarly LMP1-inspired steering wheel and a driver-focused cockpit.

More precise details about the GT X-Over's performance potential and technical make-up will remain under wraps until an expected reveal in 2024, but Renault has confirmed it will add a new 268bhp EV motor to its ranks in the coming years. That, if combined with the smaller 215bhp unit in a twin-motor, 4WD set-up, could see the SUV arrive with nearly 500bhp. If it uses the same 87kWh battery as the CMF- EV-based Ariya and drops some of its weight, an official range in excess of 320 miles is well within reach.

GTX-Over might be the only Alpine SUV; a hot version of the new Renault 4 crossover doesn't make so much sense”, according to Renault designer Gilles Vidal.

GT X-Over will be the first EV built at Alpine's reconfigured Dieppe factory in northern France, where the A110 is built.