To commemorate the 50th anniversary of Nissan’s victory in the East Africa Rally in the iconic 240Z, Nissan has released sketches which show what a contemporary Nissan rally car based on the Juke crossover might look like. The road-going Juke has always been a bit of an odd-ball for petrolheads, falling into a bit of a no-mans’ land where it wasn’t butch enough to worry the traditional SUV brigade, or fast and sexy enough to lure people away from their hot hatches and coupes.

PUT YOUR JUKES UP

But this new concept adds bags of aggression to the Juke and transforms it into a hard-hitting mug-plugger! With enlarged wheels with knobbly tailor-made off-road tyres, bolt-on arch extensions and additional LED spotlights mounted to the roof and bonnet it looks every inch the rally challenger. Powered by an electric hybrid powertrain allowing greater efficiency as well as offering additional instant torque to enhance its performance in all conditions, it would be a serious machine. “The Juke Rally Tribute Concept celebrates an iconic moment in Nissan’s heritage, with the participation and victory of the legendary 240Z in the East African Rally in 1971,” says Nissan’s Vice President Brand and Customer Experience, Coralie Musy. “As well as celebrating that victory, it reflects Nissan’s pioneering history in crossovers, striking design and electrified powertrains. We’re delighted to celebrate the 50th anniversary of the victory of that remarkable achievement with these striking images.” We’d love to see this concept become a reality to see if it could repeat the success of its 240Z ancestor! 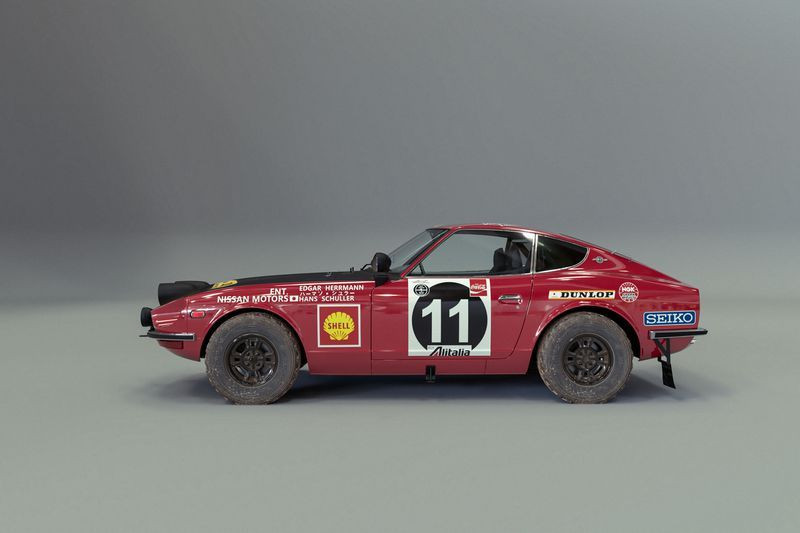