The Genesis brand has only just launched in the UK and Europe, and now it is previewing its new electric-only model. Badged GV60, the SUV will use the same Hyundai Motor Group e-GMP underpinnings as the Kia EV6 and Hyundai Ioniq 5. It will follow the launch of the Genesis G80 Electrified later this year, which is already available in the UK with petrol and diesel engines.

Going head-to-head with the Ford Mustang Mach-E and forthcoming Tesla Model Y, the GV60 has an 800-volt architecture, for ultra-fast charging at up to 350kW. This can provide a 10 to 80% topup in around 20 minutes. It’s also likely to get the same mixture of battery sizes and motor configurations as the EV6, resulting in a battery capacity of up to 77.4kWh. This should net a range of more than 320 miles with the single motor option, or around 250 miles as a high-performance dual motor variant. 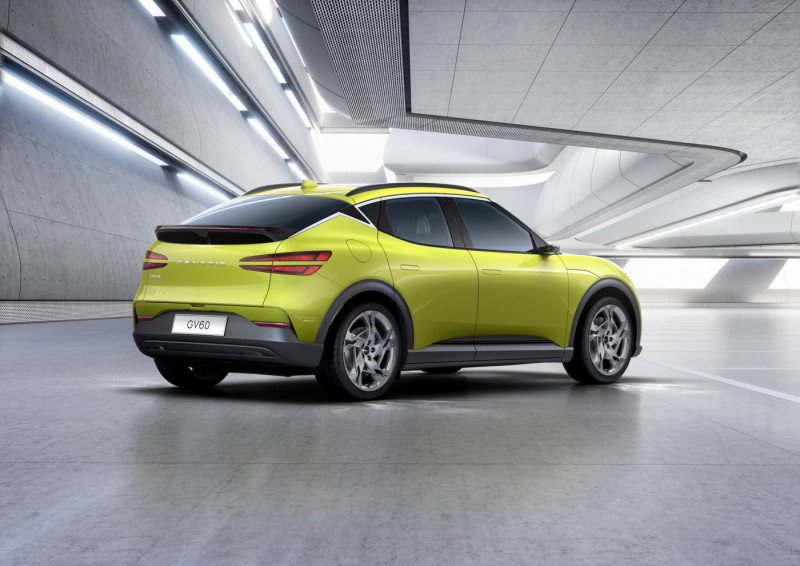 From the outside, the GV60 is most obviously a Genesis thanks to its trademark split-level ‘quad lamps’ and winged badge, but a typically large grille has been replaced with a smooth nose for enhanced aerodynamics, and because there’s no combustion engine that needs cooling. Genesis has also opted for a clamshell bonnet for the first time, reducing the number of shut lines at the front of the car.

Along its flanks, pop-out door handles and rear-view cameras aim to keep drag to a minimum. There’s also a neat design flourish in the form of chrome trim that runs above the side windows, then cuts down into the C-pillar to represent an electrical pulse. The tail is characterised by a coupé-like rear window, fixed midlevel spoiler and split rear lights.

The interior has been designed with Genesis’ ‘Beauty of White Space’ ethos, for a light and airy feel. Its most unique feature is a ‘Crystal Sphere’ drive selector which behaves like a mood light when the car is switched off. Once ready to drive, the sphere rotates to create an ‘atmosphere of futuristic mobility’. It’s mounted to a centre console designed to appear as if it’s hovering in the air.

A twin-screen infotainment and instrument setup dominates the dashboard, with a floating design that sees it perched above a set of conventional air vents. Physical controls have been kept to a minimum and are mostly circular in shape, following the lead of the Crystal Sphere. Meanwhile, a completely flat floor is said to boost interior space. 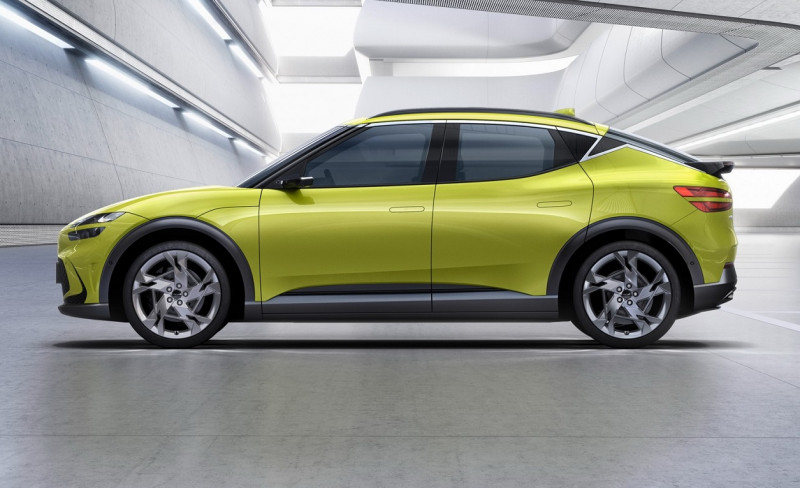 The new GV60 is designed to sit below the GV70 and GV80 in the Korean luxury brand’s line-up. Currently there’s no word on when the newcomer will arrive in the UK, though it’s expected to be sometime next year. Prices and final specifications will be announced closer to the on-sale date, and as with other models in the range, it’ll be sold exclusively online and through Genesis studios.

“Once ready to drive, the sphere rotates to create an ‘atmosphere of futuristic mobility’. It’s mounted to a centre console designed to appear as if it’s hovering in the air.”