The most powerful and track-focused convertible supercar produced by McLaren, the 765LT Spider promises to be every bit as rewarding to drive as its coupé sibling… and then some

The 765LT Spider is powered by McLaren’s M850T engine. The 4,0-litre twin-turbo-petrol V8 unit develops 563 kW and 800 N.m of torque, which is channelled to the rear axle via a dual-clutch transmission. The seven-speed self-shifter has been developed with Formula One-grade materials, maintains McLaren. According to the Woking-based manufacturer, thanks to myriad weight-saving measures, the 765LT tips the scales at 1 388 kg, 80 kg less than the 720S Spider upon which it is based. Fabricated from a single piece of carbon fibre, the electrically operated retractable roof lowers and raises in just 11 seconds at speeds of up to 50 km/h. 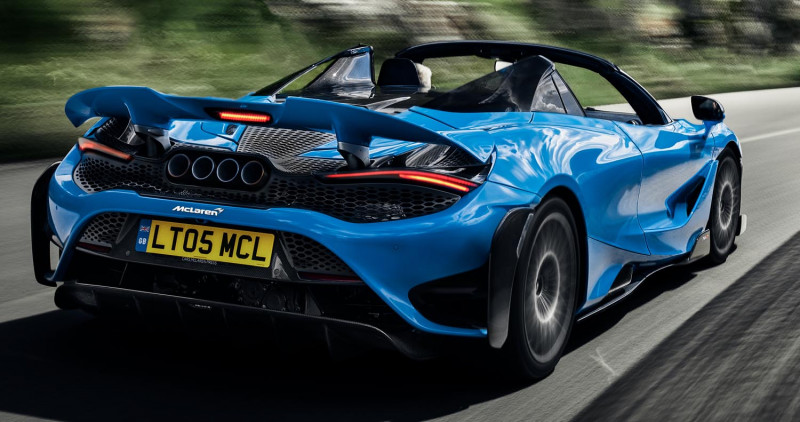 Like the 765LT coupé, the Spider features enhanced chassis dynamics, courtesy of LT-specific springs and dampers, a wider front track, lower ride height up front and bespoke software for the Proactive Chassis Control II adaptive-suspension setup. The 765LT Spider rides on 19-inch front and 20-inch rear lightweight alloy wheels wrapped in Pirelli Trofeo R rubber. “We developed the 765LT Spider to be every bit as exciting and rewarding to drive as the coupé, with all of the connection and engagement, but with the added benefit of so much more of that amazing LT sound, even closer to the driver,” said James Warner, the chief engineer.