Skoda is adding to its all-electric Enyaq iV range early next year, with the unveiling of a five-door coupé model. Customers can select between two battery sizes and three power variants – the Enyaq Coupé iV 60 and iV 80, both with rear-wheel drive, and the all-wheel-drive iV 80x. 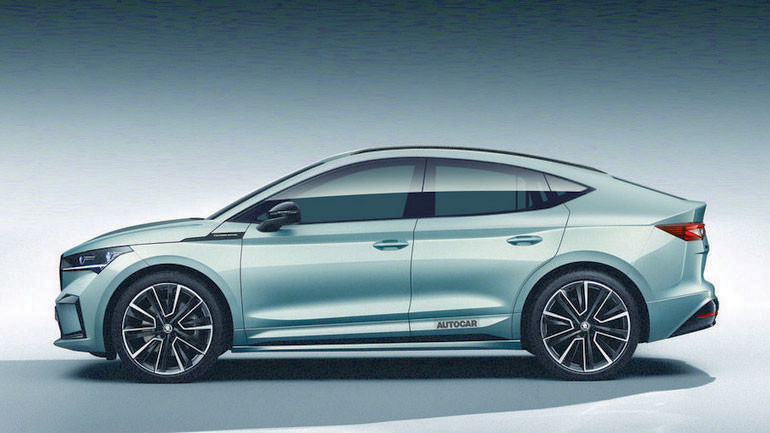 Dimensionally, Enyaq Coupé is fractionally longer and higher than its SUV sibling and boasts a panoramic roof, full LED Matrix headlights, LED rear lights featuring the company’s C-shaped cluster design, and alloy wheels ranging from 19- to 21-inches in size. With space for five adults inside, the boot will be able to swallow 570 litres of kit, which is similar to the Enyaq SUV model’s capacity of 585 litres.

Inside the Coupé, the main focal point is a 13-inch touchscreen infotainment system and additional features include a 5.3-inch digital cockpit display, LED ambient lighting and keyless start up and go. Additionally, the car is equipped with a wealth of top safety equipment, as found in the SUV model, which scored a maximum five stars when tested for its Euro NCAP safety rating, scoring 94 per cent for adult occupant protection.

skodavolkswagen groupskoda enyaq iv coupéskoda enyaq
—
252
Write a comment
No comments yet. Be the first to add a comment!