Ferrari has unveiled its latest customer one-off: the BR20. Based on the GTC4Lusso V12 platform, its design draws inspiration from Ferrari coupes of the 1950s and 1960s. Ferrari cites the 410 SA and 500 Superfast and says the design has “timeless elegance with muscular sportiness… without the slightest hint of nostalgia”.

The BR20 retains the donor car’s four-wheel drive system but, unlike the four-seat GTC4Lusso, is a strict two-seater because of the sleeker fastback roofline, which gives the impression of a single ‘flying buttress’ arch running from the windscreen to the rear spoiler. Each C-pillar is hollowed for an aerodynamic channel that exits via a black panel under the rear spoiler. The roof is painted black to connect the windscreen visually to the rear screen, which stands proud of the tailgate. 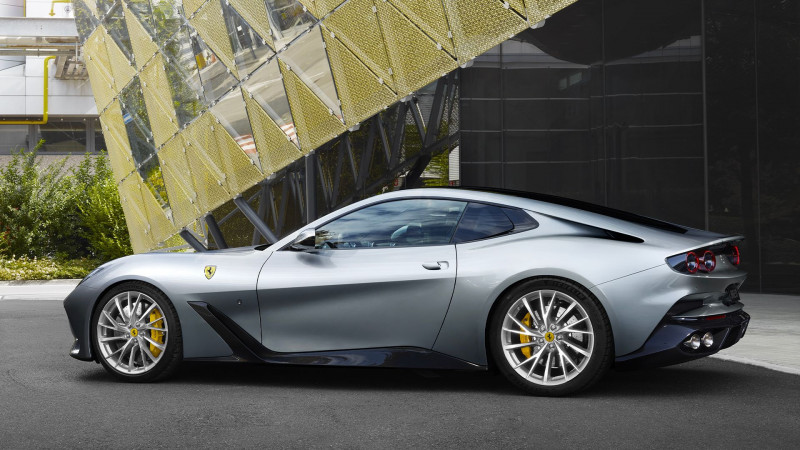 The BR20 is three inches longer than the GTC4Lusso because of a greater rear overhang. Twin taillights echo the shape of the bespoke dual tailpipes, which are mounted lower than the GTC4Lusso’s and set in a diffuser with active flaps on the underbody.

Contrasting colour sills are designed to emphasise prominent air vents in the front wheelarches. The wide front grille has horizontal slats, above which is a carbonfibre element with chrome side inserts. The bespoke headlights are set lower than the GTC4Lusso’s, while the 20-inch diamondfinish wheels are also unique to this car.