A very rare Bugatti EB112 from the Romano Artioli era has made it on to the market. Conceived as a four-door sister model to the EB110 supercar, the EB112 was to have been a ‘Bugatti Royale for the 1990s’ but only three were ever made.

The EB112 debuted at the 1993 Geneva Show. It featured an aluminium body and a VW-derived 6.0-litre V12 with a power output of 450bhp, powering all four wheels via a six-speed manual transmission. Performance claims were 0-62mph in 4.3 seconds and a top speed of 186mph. Romano Artioli said it was “even more enjoyable to drive than an EB110“.

Chassis #39001, finished in burgundy paint, was built by Italdesign, which own the car to this day. Production had started at Bugatti’s Campogalliano factory when the company went bust in 1995, with two chassis unfinished at the time. Monaco-based businessman Gildo Pallanca Pastor acquired both and hired the Monaco Racing Team (MRT) to finish assembly of chassis #39002 and #39003, the latter remaining in Pastor’s own collection.

Chassis #39002 is now on sale. It was ordered on 27 April 1993 by the Swiss Bugatti importer but not completed until February 2000 by MRT. Finished in dark anthracite, it was exhibited at the Geneva Classics Motor Show in 2006 and today has only 3900km on the clock. It’s in fully running condition and is being sold in Germany by Schaltkulisse, at an undisclosed price. More info is available at www.schaltkulisse.de 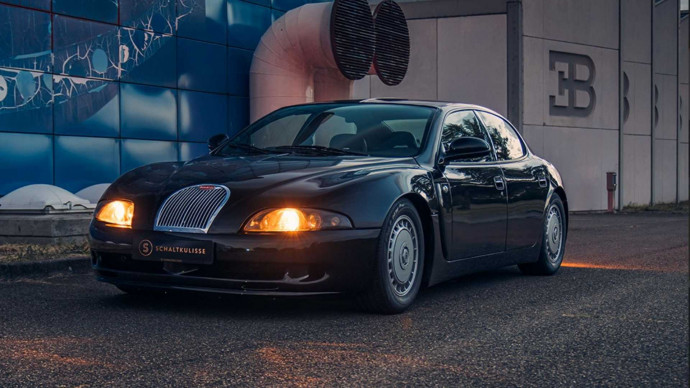 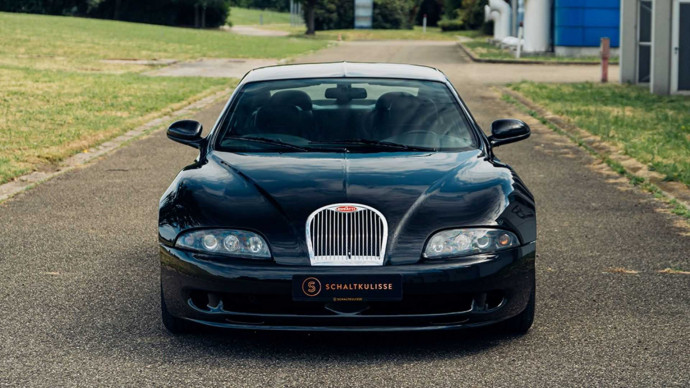 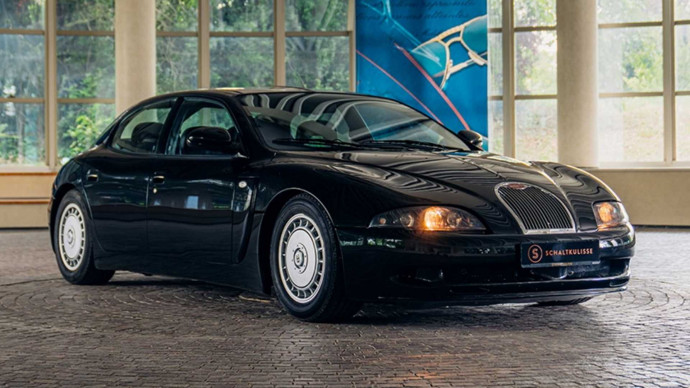 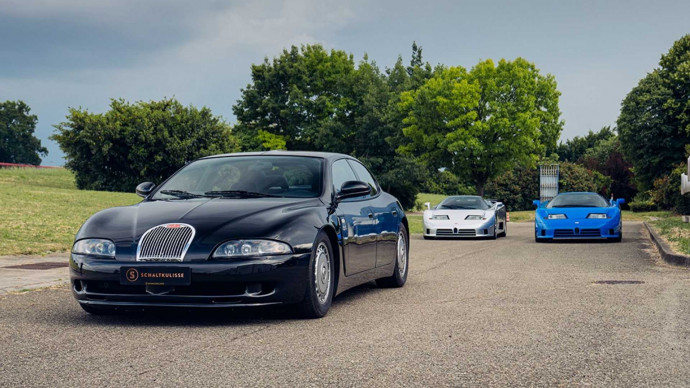 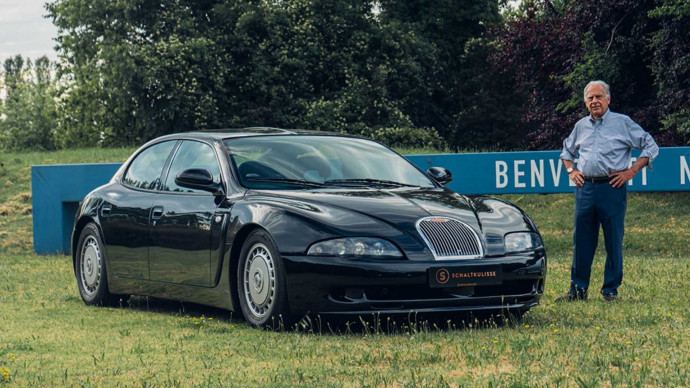 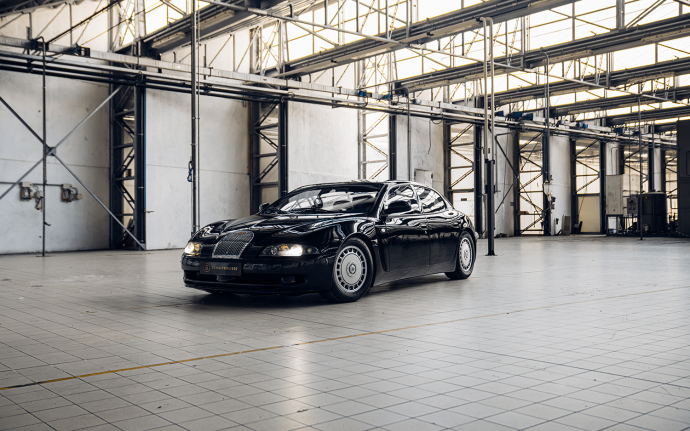 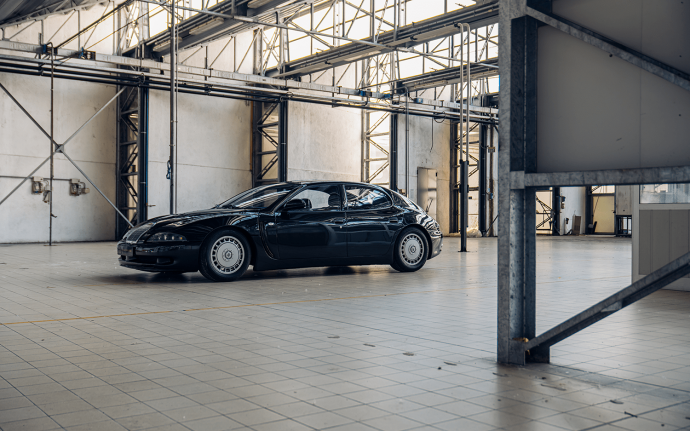 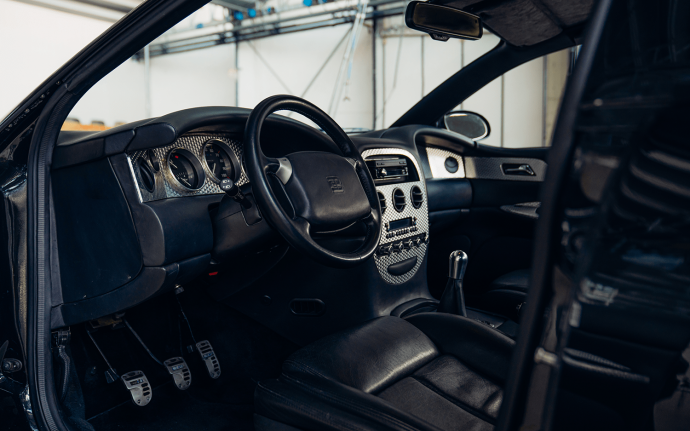 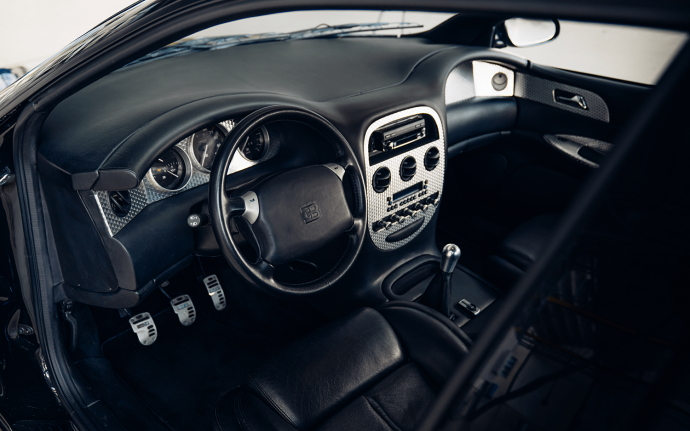 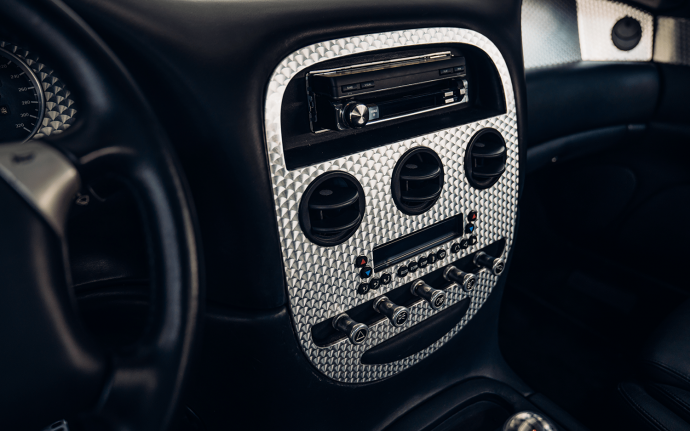 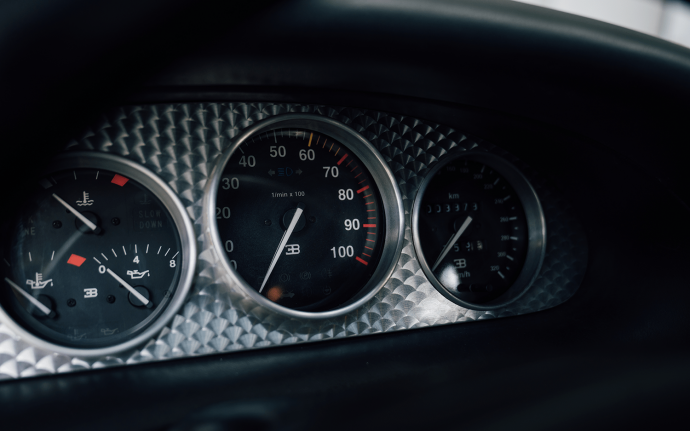 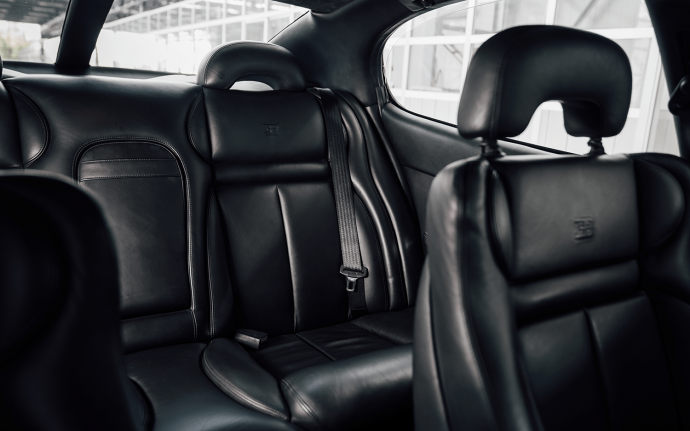 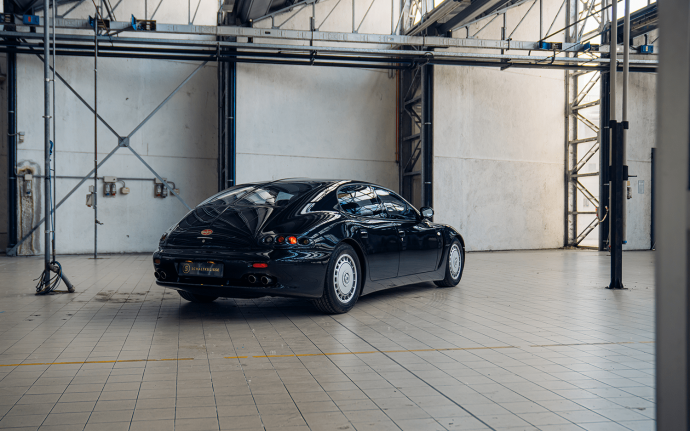 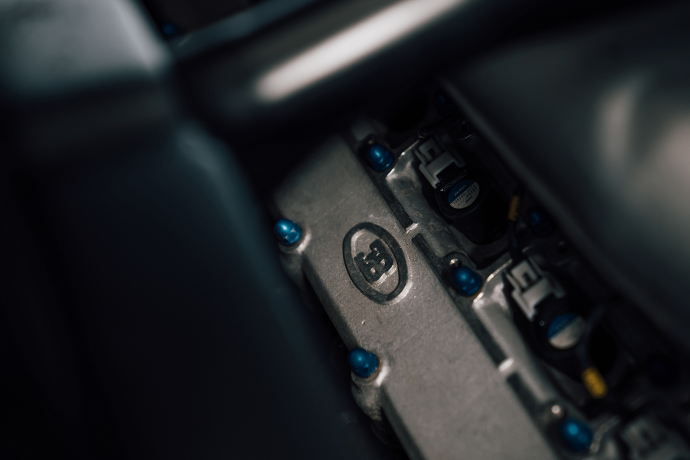 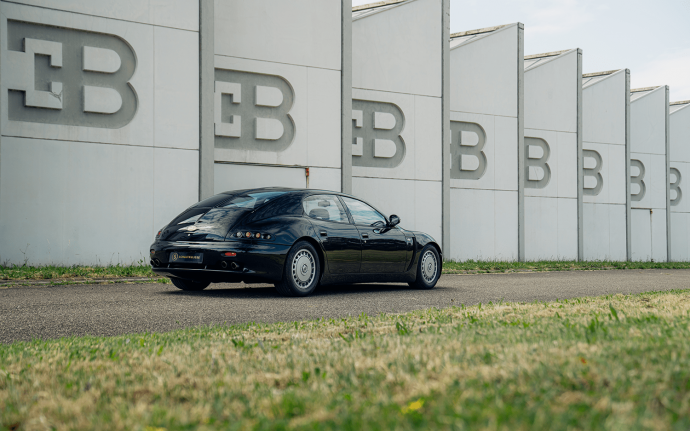 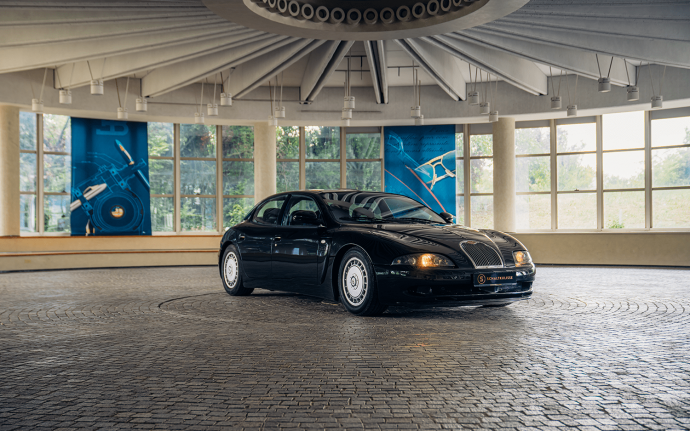 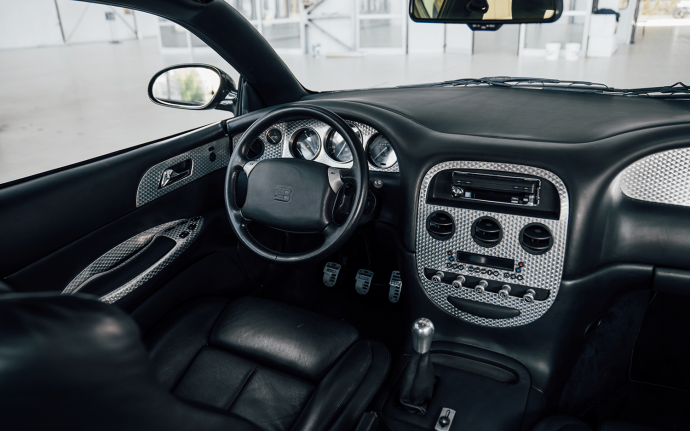 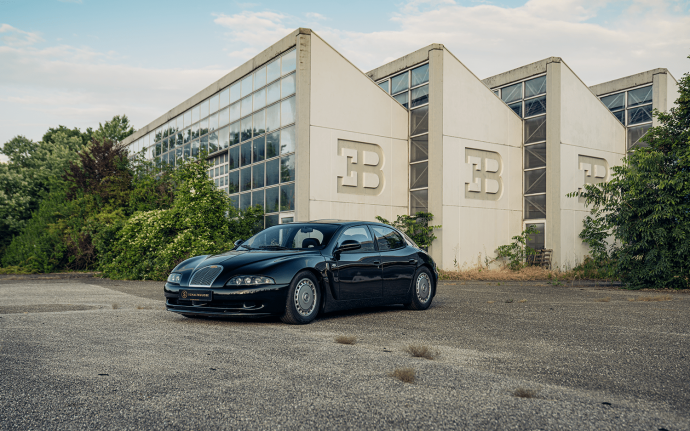 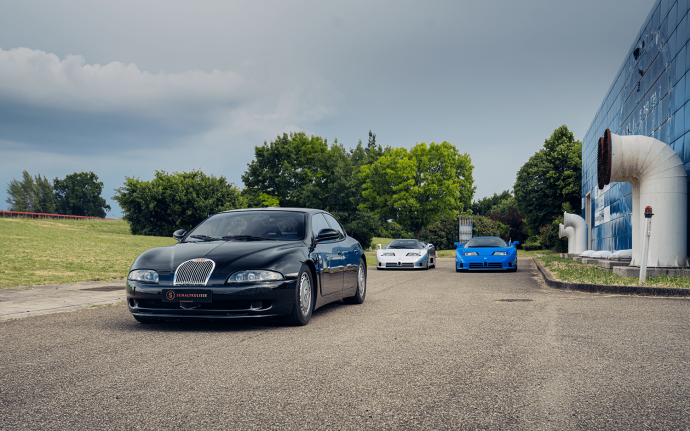 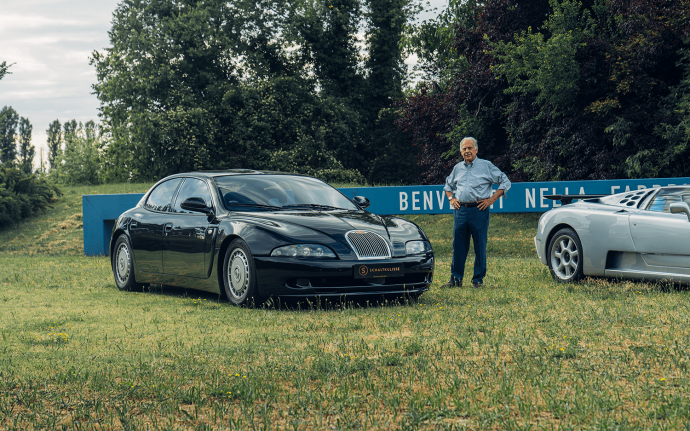