Aston Martin is to create more than 100 jobs at its St Athan site in Wales, following the launch of its new DBX707 model – the world’s most powerful luxury SUV.

DBX707 will enter full production later this quarter at the ultra-luxury manufacturer’s plant in South Wales, with more than 100 new skilled automotive technicians required to support it.

Tobias Moers, Chief Executive Officer of Aston Martin Lagonda said: “As we ramp-up production of DBX707, we are delighted to have the opportunity to increase our team at St Athan and create more employment opportunities for the local community. 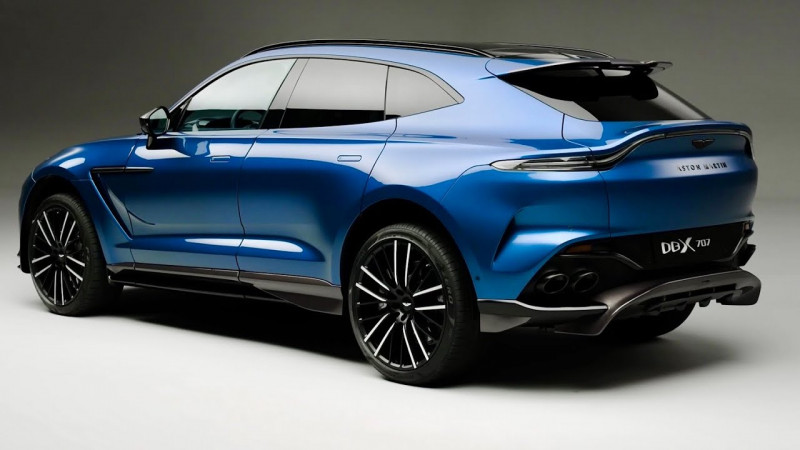 “Our DBX SUV is the first Welsh-built production car for nearly 50 years and these new positions are an opportunity to join a team delivering our truly incredible new DBX707 derivative which is setting new benchmarks for performance in the luxury segment.”

Simon Hart, Secretary of State for Wales said: “The creation of more than 100 jobs working with a world-class and globally-recognised brand is a huge vote of confidence in the skills and expertise of the Welsh workforce.”

The new DBX707 is the ultimate SUV in every respect – with 707PS and 900Nm of torque, an increase of 157PS and 200Nm over the standard DBX, it can reach 60mph in just 3.3 seconds. With a 9 speed gearbox with a new wet-clutch transmission, gear changes are significantly faster and the feel is more direct. A bespoke engine calibration and new ball bearing turbochargers contribute toward its power increases.

Aston Martin’s Head of Powertrain, Ralph Illenberger said: “With this exceptional new model we have truly unlocked the performance potential within the DBX to create a world beating high-performance SUV. The huge gains we have found in both power and torque demonstrates not only the inherent prowess of the 4.0-litre biturbo V8, but Aston Martin’s appetite and ability for finding uncompromising engineering solutions. The combination of this magnificent engine with a new 9-speed ‘wet-clutch’ transmission sits at the heart of DBX707’s formidable capabilities and unforgettable character.”

Full scale production will begin later in the first quarter of 2022, with first deliveries to begin early in the second quarter.