The basis for Aaron’s Jaguar XJ13 is from Race Car Replicas of Michigan, USA, the tub being aluminium with a fibreglass body painted, naturally, in BRG. The transaxle is the same 6-speed as used in a Lamborghini Gallardo/Audi R8, the suspension is billet aluminium with adjustable shock absorbers. The engine is the long-stroke 6.0 V12 engine with six twin-choke Weber carburettors.

Aaron says that the extra capacity over the 5.3 gives an 25% more torque and, along with higher compression ratio, specially machined camshafts and the carburettors, gives 386bhp at the rear wheels. “All the other parts arrived in boxes, and it took 550 hours working with Jason Ferraro of Renner Auto in Melbourne to put the car together.” The car’s original engine failed on the dyno and was fully re-built using early flat heads and custom designed pistons. 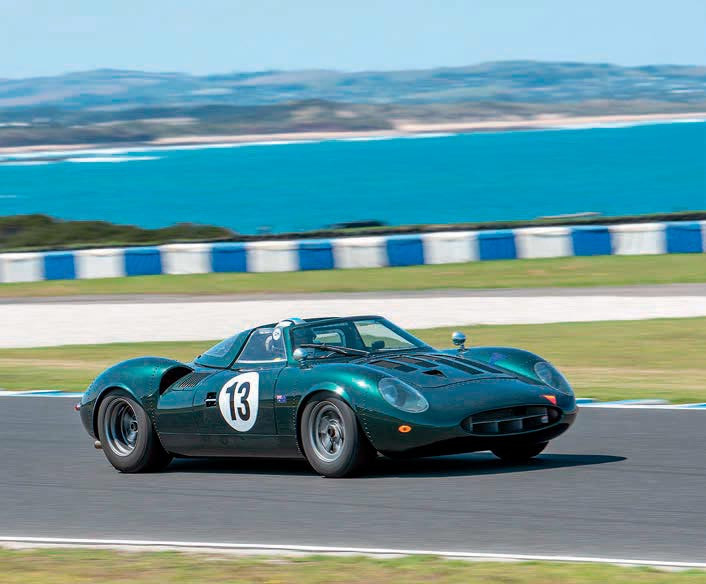 All this effort was not lost as the XJ13 was one of the real eyecatchers at Phillip Island! And it was clocked at 150 mph down the Gardner straight during the weekend. (Aaron has a garage full of Jaguars, has raced around the world including Indianapolis in the States and Goodwood in the UK – we hope to have the full story in a later edition of Classic Jaguar).