BMW's next Le Mans challenger has received a new name and a fresh livery. Say hello to the BMW M Hybrid V8...

LMDh is the new category for prototype sports cars set to reinvigorate endurance racing, a number of major manufacturers, including BMW, will join the hunt for motorsport glory at famous races like the 24-hours of Le Mans from 2023. As testing of the new cars gets underway, BMW has given its contender a new name – the BMW M Hybrid V8. 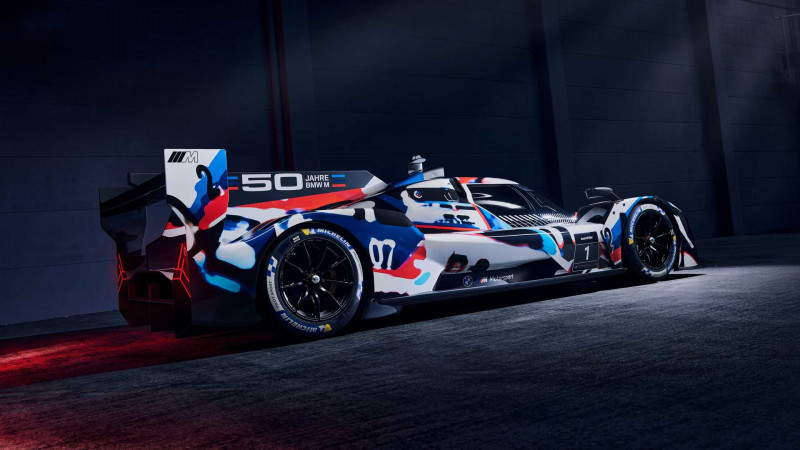 As the BMW M Hybrid V8 begins testing for its inaugural IMSA WeatherTech SportsCar Championship season it also gets a new look, courtesy of a camouflage livery designed by BMW Group Designworks. Visually it celebrates the history of BMW M Motorsport in North America, featuring a graphic mosaic including images of the 1976 3.0 CSL E9, 1981 M1/C E26, 1978 320i Turbo E21, 1986 GTP, M3 E36 GTS-2, Z4 GTLM and the M8 GTE. The car's bodywork features a wide kidney, 50th anniversary logo on the bonnet, twin headlights and a Hofmeister kink window graphic. The car will wear its camouflage livery throughout testing.

“My team's job was to make the BMW M Hybrid V8 look like a BMW, and embrace every opportunity to make it also perform like one on the race track,” said BMW Group Designworks Global Automotive Director Michael Scully. “We’ll follow-up this camouflage with a works livery that exemplifies the dynamism and excitement of hybrid electric-powered competition.”

lmdh prototypebmw m hybrid v8bmwlmdh
—
40
Write a comment
No comments yet. Be the first to add a comment!