More tech, more space and an all-electric twin for third-gen BMW X1 U11

From gawky rear-drive opening act (E84) and prettier, predominantly front-wheel-drive second take (F48) to this street-smart, on-trend newcomer, the X1 just keeps stepping up its game. The third generation, model code U11, is certainly the most stylish yet, with familiar, but chunkier proportions and, thanks to the effectively pumped wheelarches, a more planted stance. That last point comes across even more emphatically on the optional 20-inch rims. Conservative for a new-era BMW, it does without cascading layered lighting units or a cartoon-sized front grille and is much the better for it. Despite a bluff nose, BMW rates the drag coeffi cient at an eely 0,26. You only get crossover numbers that low by being clever with the details. Also well considered is the consistent style applied to either end. Crease lines appear equally crisp, both head-and taillamps employ LED technology, and the X-Line trim’s polished “warthog tusks” highlighting the air curtains upfront are repeated at the rear. Skip the tusks and opt for the M Sport model’s beefier bumpers with exaggerated air inlets and faux rear diffuser. 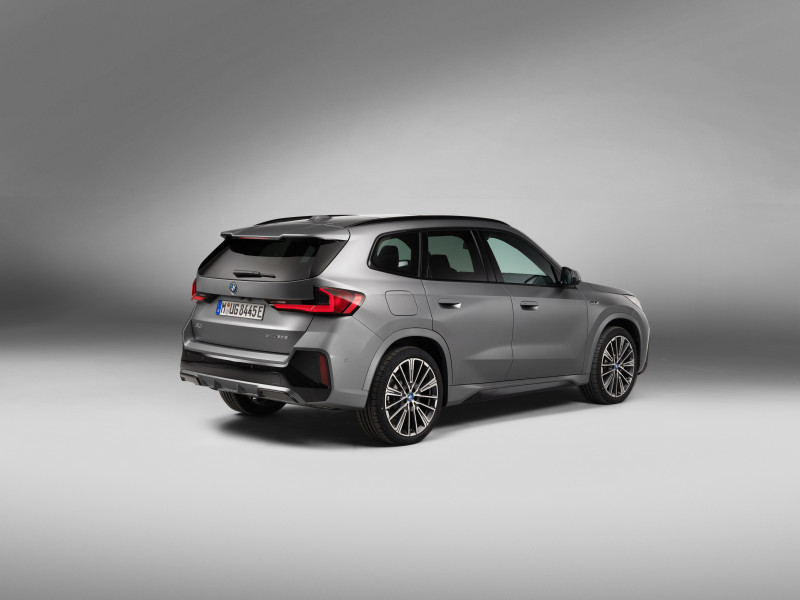 Larger in every dimension, to the benefit of interior space, U11 also gets redesigned seats for improved comfort and adaptability. Apart from the usual split-folding backrests, the rear bench has a sliding travel of 130 mm, so you can quickly trade some boot space for more rear leg room.

In years gone by, luxury car features took decades to trickle down a carmaker’s range; it’s a features waterfall these days. The X1’s two 10-inch displays are integrated into a single curved glass surface befitting an X7. Smarter-than-a-fifth-grader voice control, cruise control with brake function, iDrive, Parking Assistant and cloud-based navigation are just a handful of the numerous standard features, while every driving aid you can name is either available or already included. In terms of powertrains, BMW South Africa has confirmed just two front-wheel-drive models for its expected October 2022 launch, a 115 kW three-cylinder petrol badged sDrive18i model and a 110 kW four-cylinder turbodiesel sDrive18d. BMW’s seven-speed Steptronic dual-clutch gearbox is standard.

Big news is the announcement of an all-electric model, the iX1 xDrive30, joining the line-up in Q1 2023. Two electric motors, one driving each axle – hence xDrive – deliver a combined 23 kW, while a 65 kWh battery provides a WLTP range of 413 km.

But the new X1 is not solely about dynamic efficiency. As with every other environmentally woke manufacturer, BMW is working to reduce virgin plastics throughout the car. Take the floor linings, for example; they’re made from recycled nylon waste, including fi shing nets recovered from the ocean. And just like that, cars are saving the planet.