Technology giant Apple has again signalled its intentions to push on with its secretive car project, hiring the former head of chassis and vehicle dynamics at Lamborghini. Luigi Taraborrelli – whose 20-year career at the Italian supercar maker is surely a red herring as to the type of car that Apple will make – signed on with the American firm to work on its autonomous vehicle, named Project Titan. 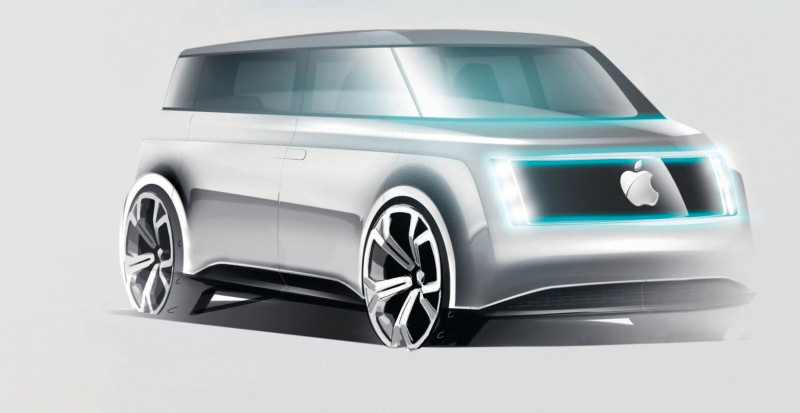 Reports suggest that a passengerfacing design has been signed off

Now in the eighth year of development, its launch date has been pencilled in for 2025. Recent reports suggest that a passenger-facing design has now been signed off. News that the Apple car might not feature a steering wheel will reassure many car manufacturers, at least in the medium term.

Although now largely through the full hype cycle, total autonomy is still at least 10 years away, according to analysis company Gartner, which would mean a self-driving Apple car presents little threat to the current sales model for car makers. If Apple really does launch an autonomous car in 2025, it would be largely a test car, with possibly a limited role as a public robo-taxi in the manner of the Chevrolet Bolts that Cruise has roaming San Francisco.

Apple does have ambitions on your next car, though. It recently unveiled the latest version of CarPlay, a software package that allows drivers to control their music, change the cabin temperature, remotely check the fuel level and more. Apple is hoping car makers will figure that, rather than waste precious resources developing their own in-car software, they would be better off using Apple’s, which can reach deep into the car.

With direct control over central processors and links to on-board sensors, autonomous driving would be the next logical step. However, the sheer number of seasoned car industry executives and engineers who are ending up at Apple’s headquarters in Cupertino, California, suggests that a car is Apple’s ultimate goal. An autonomous car would give Apple a nice long runway to solve its car production problem, given that in the first few years its needs will barely run into the hundreds, let alone the thousands.

The company won’t want to build the car itself, but neither has it had much luck persuading anyone else to, reportedly failing to reach an agreement with Hyundai. Its long-time contract maker of the iPhone, Taiwan’s Foxconn, could be in the frame, though. It is already heavily involved in the car industry.

Apple has famously had little to say on the progress and ambition of its automotive exploits. But with tech rivals Huawei, Sony and Xiaomi joining the EV fray and a raft of start-ups and even established car makers turning to contract manufacturers to launch EVs, the project’s feasibility is only becoming more pertinen.

First Apple EV will be more autonomous shuttle than car.