Bionic Hyundai on the way

While the Ioniq 5 showed Hyundai’s potential on the EV-market front, the Ioniq 6 is the first model from the Korean brand to show some serious intent as a luxury sedan EV. Tesla set a benchmark almost two decades ago with the Roadster, but the real game was always going to be played among full-sized family-friendly EVs that have a real battery. 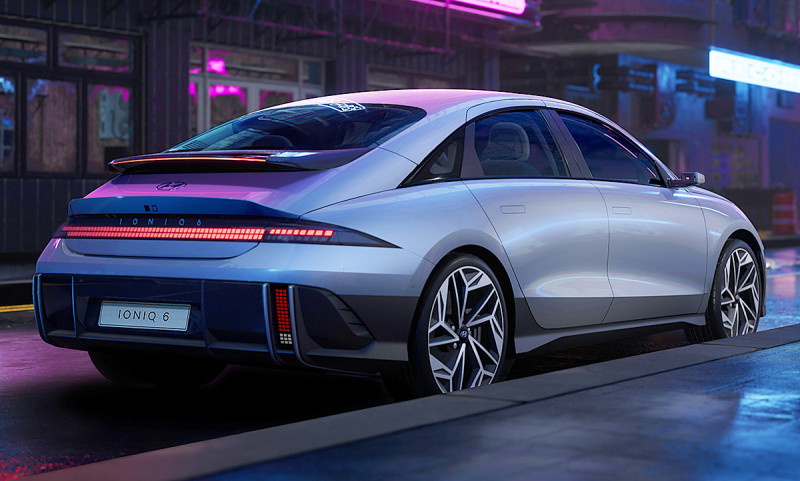 Having waited on the sidelines while the likes of BMW, Jaguar, Nissan and Audi were making their respective marks on the EV market, Hyundai is about to strike for the second time; this über-cool sedan complements the funky Ioniq 5 hatchback.

IT’S GOT THE LOOKS

The carmaker has come up with a striking design. Along the Ioniq 6’s profile, it’s hard not to imagine this could well have been the Mercedes-Benz CLS of a parallel universe.

Created using Hyundai’s Emotional Efficiency design language, the Ioniq 6 has a low nose and active air flaps up front. The side mirrors (actually, just a housing for the rear-facing cameras) are slim, and the side skirts also act as air ducts, while the boattail-inspired rear end boasts a 911-like ducktail spoiler.

The Ioniq 6 has what the design team calls a cocoon-shaped interior. Making full use of the Hyundai’s electric global modular platform, the designers were able to stretch the cabin, resulting in more legroom all round. The floor is completely flat, which accommodates even more interior elements.

Dual 30-cm screens take pride of place on the facia; one acts as a digital instrumentation display, while the other is used for infotainment. The centre console between the driver and front passenger is quite tall; not because of a transmission tunnel, though, but because there are storage options and solutions within it.

The Ioniq 6’s cabin is also a model of sustainability, with the upholstery finish available in faux leather that’s environmentally friendly, or recycled PET (polyethylene terephthalate) fabric. It’s basically old drink and food containers. The bio paint on the doors comes from vegetable oils and the carpet is made from recycled fishing nets.