Fantastic Fifties styling and a great big engine bay mean the Mk2 has always been a popular choice for modders and rodders.

The big 1950s Fords have a strong following and it’s not surprising. They’re lovely, smooth cruising cars but they also have a touch of Americana about them. Which means a wealth of styling themes — build on the cruiser look or strip it out, street racer-style, it all works well. These cars will easily swallow a V8, which has lead to a strong tradition of British performance muscle Z-cars with plenty of legends that quickly come to mind. Whichever route you choose, there’s almost a formula — tune what you’ve got or swap the lot for a bordering-on-legendary parts recipe. Although that dictates a DIY element since, unlike an Escort, no kits exist — you make it yourself!

Mint Zephyrs are big money but if you’re handy with your restoration skills, there are plenty of good base cars, which can be built into excellent performers.

Here’s what you need to know.

With lots of chrome and styling cues influenced by American cars of the time, there’s a few ways to take the Zephyr, with a lot depending on what you’ve got to start with as finding replacement trim isn’t easy. Styling wise, keeping it smooth and simple for the street racer look works well. A low stance, a set of well chosen wheels and a single, neutral colour paintjob. It’s a combination that works on everything but lends itself particularly well to the Zephyr’s distinctive shape and gives it a meaner, more suitable look than usual. 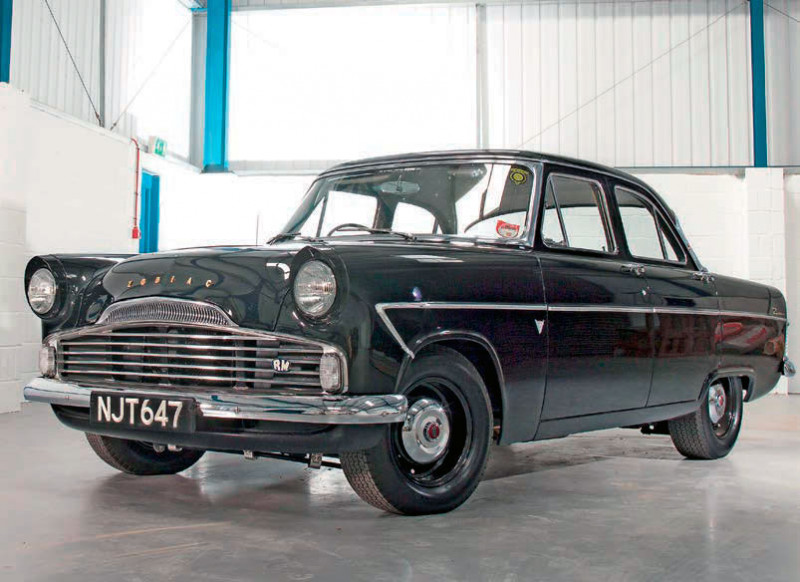 As an alternative, or for those less interested in the performance side of things and keeping it in a more original state, then a two-tone colour scheme always suits the style. With a few select and well thought-out touches and accessories it can work just as well if you fancy doing something different. A set of proper 1950s-style whitewall tyres on matching steel wheels and lots of fresh shiny chrome complete the look nicely. For replacing rotten panels or for those more interested in saving weight there are fibreglass items readily available to make things a little easier from places like Old Ford Auto Services.

“UNLIKE THE ESCORT, FEW UPGRADE KITS EXIST FOR THE MK2 RANGE SO YOU MAKE IT YOURSELF”

The Mk2’s 2553cc straight-six is a bigger version of the Mk1 unit, but the Mk3 unit is favoured for tuning. It has slightly more power at 98 bhp, plus it has stronger rods and other revisions. Tuning conforms to normal practise — head skimming raising the compression ratio from 8.3:1, porting and larger valves. Cams are available via specialists such as Kent, Piper and Newman but they’ll be reprofiled on the original shaft. However the exhaust manifold is not the best for performance — a tubular manifold is a good investment here. There were plenty of tuning firms specialising in alloy heads and multiple SUs are available and make great period tuning sense. Generally, they’re expensive but SU manifolds do turn up.

The Mk2’s straight-six can be tuned though the later Mk3 version is a better base. Triple SUs a typical period performance mod.

No need for Zetec or YB info here, for a change — by far the most popular route to more power in the Mk2 is to drop in a small-block Ford V8. This unit falls in with only minor adaption to the front crossmember for engine mounts. Plus the gearbox crossmember needs a couple of dimples drilled out and a C4 automatic will fit on standard mounts — it’s one of the easiest in the book!

The engine bay is massive so other V8s will fit but if you want an easy life to a quick Mk2, keep it all Ford!

Sticking with the cruiser theme, the gearbox is column shifted, while you only have a three-speed — not exactly performance friendly! Overdrives in various formats — both scare and very rare — were also available, which adds to the cruising experience, while slightly improving fuel economy.

If you’re tuning the straight-six though and opt for the Mk3 engine base, then it’s not beyond the realms to fit the entire Mk3 drivetrain, featuring a four-speed floor change gearbox. It should fit on an adapted crossmember with a bit of DIY. But of course, it may well interfere with the bench seat dictating separate seats!

Engine swaps are usually based around a Ford C4 auto ’box, which is dead easy. We’ve seen manual boxes behind a small block Ford but again it’s a DIY adaption.

Drums were standard fitment to the Mk2 — although the later Low-Line features disc brake struts. They’re desirable and you’d need the matching master cylinder, but the options are still limited to solid discs. These are adequate for mild tuning. No kits are available, but research the subject and you’ll find several individual conversions using, amongst others, Nissan van vented discs and spacedout callipers.

A swap to Capri front suspension may seem like a lot of work, but it does open up a massive inventory of brake upgrades and kits. If you’re doing an engine swap, the back axle will take a mild small-block Ford, but it’s more common to fit an 8 inch Ford unit, which has better potential for upgraded brakes — least of all Mercedes-Benz 190E W201 discs and Sierra handbrake callipers.

To lower the front, as the springs are Escort RS2000/Capri diameter, there are off-the-shelf adaptable options, coupled with raised spring rates according to your choice of engine. You can convert standard struts to 2.25 inch ID coils using an abutment kit, while GAZ Shocks can do it for you with custom length strut tubes and inserts. A trick is to swap the lot for Capri front suspension, though as the struts are too short, fabricate lower mounts beneath the original strut towers or have a specialist lengthen the tubes. Doing this conversion means rack-and-pinion steering and a massive brake inventory. The rear suspension’s dropped with lowering blocks, but the rear dampers are lever arms. You can make your own telescopic conversion: fabricate top brackets and use adapted Escort bottom brackets while calculating the ideal length of damper — again, GAZ can help here.

Zephyrs were all about relaxed cruising so the interiors were nice comfy bench seats in either vinyl or leather. Good ones are hard to find but the leather version’s not that difficult to have reupholstered and seriously worth the investment — a great interior can always make a car.

The only trouble with bench seats is that you tend to slide across to meet your passenger while pressing on in the corners!

The other option that’s popular is either stripping it out street racer style with minimal buckets and a roll cage — not forgetting the pod-mounted tachometer, of course — or the cabin will swallow some big individual chairs. The Granada Scorpio’s leather items are pretty popular and they’re electric, too!

“WITH COMFY BENCH SEATS, ZEPHYRS WERE ALL ABOUT RELAXED CRUISING”

Interiors can be reupholstered — in vinyl or leather. Bench seat was standard fitment.

One of the best bits about a Zephyr is the hubs because they’re American five-stud, meaning virtually anything aftermarket will fi t. Fitting a set of banded-look rims could well be straightforward — especially if you move up to 15s — try Jack Hammer Speedshop in Hampshire. What you need to buy is a tape measure and keep your eye on back spacing, since not enough clearance will mean you clout the strut at the front. But if you’re aware and don’t blindly buy anything, then you won’t have any problems.

Generally, you can get 7.5-inch wide wheels under the back of a standard Mk2 while one fi tted with a standard-length 8 inch Ford axle can receive the same treatment. At the front 4.5x13 rims are standard but you can squeeze in 6.5s, fitted with up to 205/60 tyres. At the back, you should get 215 or 235/60s under the arches on 7.5 inch rims according to offset/wheelarch contact!

ford zephyrford zodiacford zephyr mk2ford
—
74
Write a comment
No comments yet. Be the first to add a comment!