Having sampled the Lexus version of luxury elsewhere in this issue, for this marketplace report Ben looks at another marque that has always considered a comfortable ride the ultimate luxury — Citroen.

For much of its history, Citroen has prided itself on making the most comfortable cars on the road. Ever since the teardrop-shaped DS was unveiled at the 1955 Paris Motor Show redefining what grace, style, and uncanny levels of sophistication could be achieved in a car there has been a steady run of luxurious and comfortable cars bearing Andre Citroen’s name. 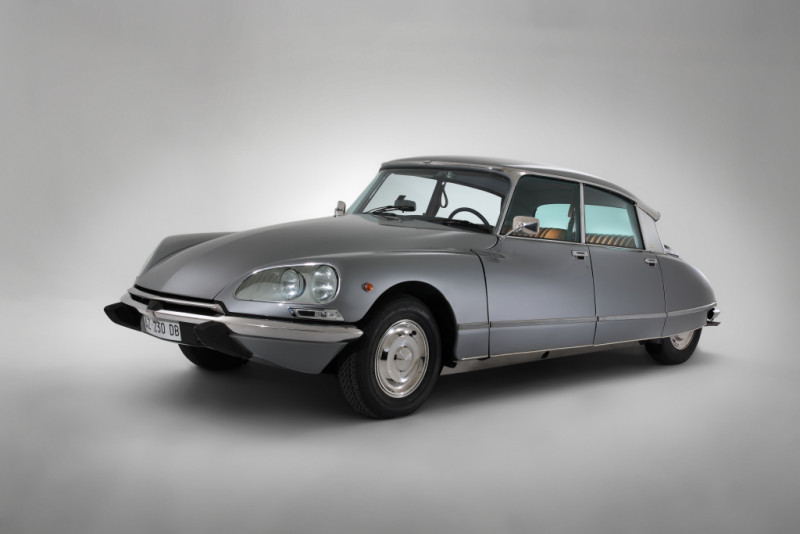 While you could write a book on just how revolutionary the DS was — and several people have — the models that followed it retained much of the technology that, according to Citroen fanatic Fraser Goldsmith, made the big Citroens synonymous with luxury in French cars. “There are three aspects which you need to consider,” he says. “First, the hydropneumatic suspension.

It was second to none. While it was better on some models than others, it provides superb comfort and stability on the road and a ride that is both secure and comfortable. Second, interior space. Many don’t have big boots but the cabin space is always maximised. Thanks to the FWD layout, you were never cramped for room. Third, the seating design is excellent. I don’t think there is a Citroen I have owned which wasn’t comfortable on long journeys. It’s like sitting in an armchair,” says Fraser.

The hydropneumatic system took advantage of the fact that gas is far easier to compress than fluid. The DS uses spheres with both gas and hydraulic fluid in them pressurised by pistons that replace the traditional steel coil spring and damper assemblies. The result, apart from being much more compliant, meant you could dial in ride height and response regardless of load, and at rest the car could be made to cock a wheel so tyres could be changed without a jack.

Fellow Citroen enthusiast Michael Williams agrees that the suspension was the key difference. “It was a response to the road conditions in France at the time. The set-up lasted from the D in 1955 right up to the C6. Nothing else compared when it comes to the ride. Also, despite rocking and rolling about a bit, they handled really well too,” he says. “These cars were very much a reflection of the French attitude to life by way of long-distance comfort and style,” says Fraser.

It is interesting to note that the German version of luxury — cars designed to be rock steady at speed on immaculate highways — has come to dominate perceptions here when our potholed and patched network has much more in common with those old rural French roads. Travelling in the French version of luxury should surely have more appeal here. As prices for the DS continue to climb out of reach for many, those who desire some classic Gallic comfort on a budget are easily catered for. The Citroen CX took over from where the D left off. This luxo-cruiser has gained a cult following in recent years and you can bag a good CX for a steal, though one variant in particular will likely command a bit more.

“The CX was a trail blazer and when it was new the Turbo 2 variants were the fastest four-door saloon cars in the world. Built from 1976 to 1989, you can buy a very good one for $10,000. A Turbo 2 is much rarer and would be around the $20,000 mark. You can buy a CX for a lot less, but you don’t want to buy a cheap one,” says Michael. “Look out around the steering racks for rust. Motors and transmission are generally pretty good as they seldom give trouble if properly serviced. The suspension is the key component to check. Make sure it is serviced every two or three years and all the correct fluids are topped up. Around 3000 came to New Zealand over the years and there is still a good amount around,” he says. 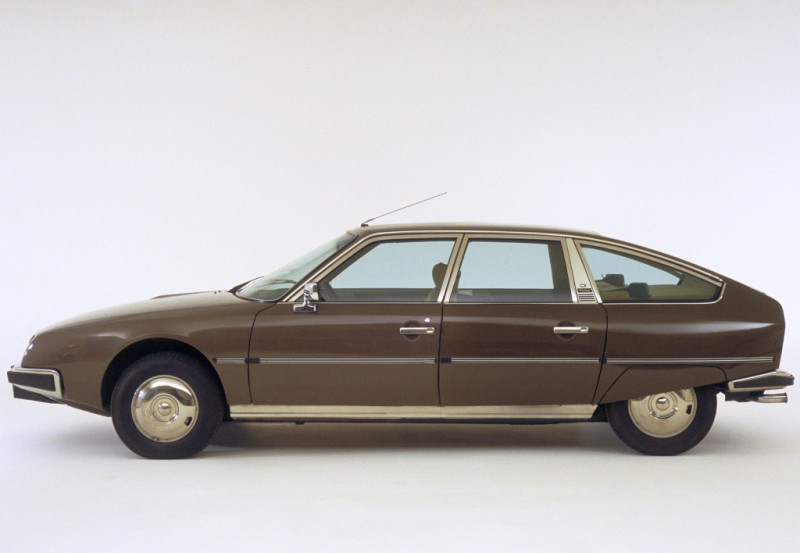 The XM was Citroen’s return to the luxury car segment during the nineties, its wedge styling earning praise from within the Citroen community. Built as either a V6 four-cylinder turbo petrol or turbo diesel, it even had a starring role in the John Frankenheimer car chase epic, Ronin. “With the XM, $5000 would get you a good one, but make sure you buy the best example you can,” says Fraser.

“With the XM, the purchase value is not relevant — it’s the budget for fixing things. People will buy an XM for their sense of style, or their appreciation of their tech of the period,” he says. Michael added that by the end of the production run, the XM was a well sorted and decent car. “You can still buy parts for them but some bits you just can’t find anymore.” 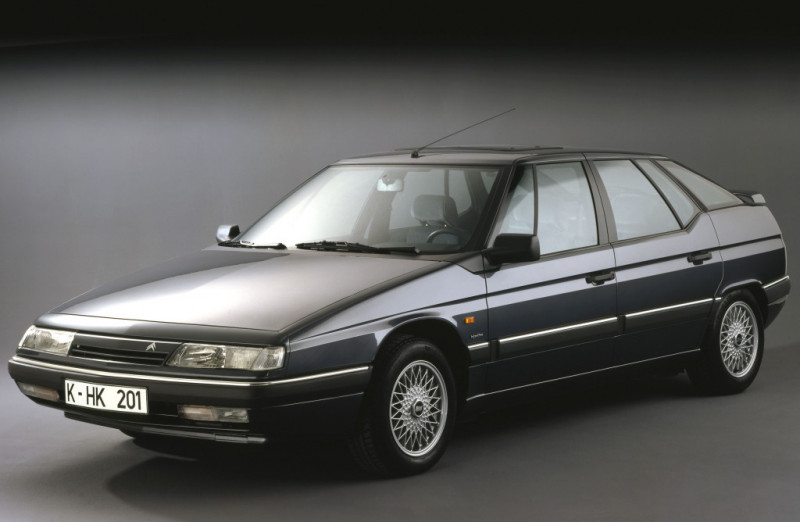 Last but not least

The C6 is often regarded as the last great big Citroen and many say it was the last hurrah for the Citroen ethos of style and luxurious comfort. “I think the C6 is an absolutely fabulous motor car,” says Fraser. “It has so many unique style elements which show continuity of the big Citroen concept. It is also super comfortable and just different to anything else on the road. The C6 has the best suspension in my opinion of any car ever made. A good C6 is around $15,000, and $20,000 for something absolutely tops,” he says. “Although when they break, they are pretty expensive to fix. Make sure all the electronics work and check where it has been serviced.” 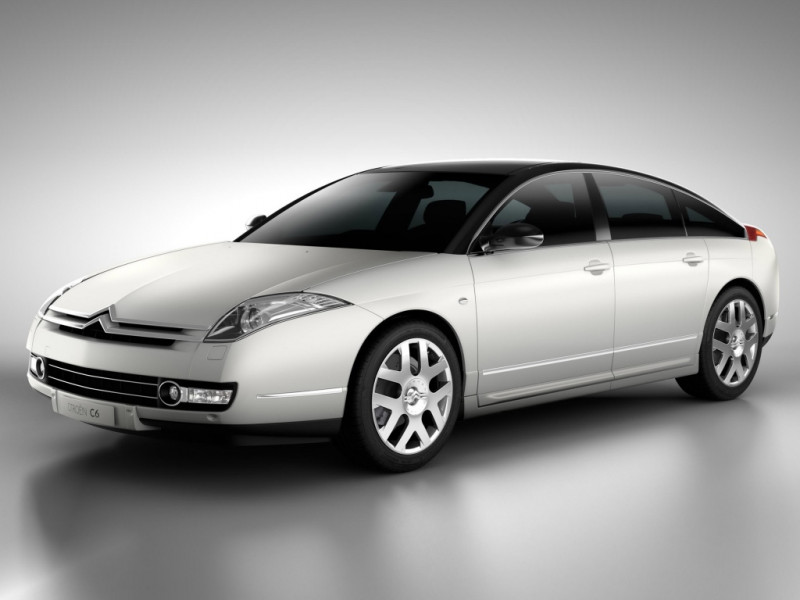 The CX, the XM, and the C6 are and always have been extremely underrated luxurious cars with bags of character. “The brand has such a strong support group. Once you get a Citroen, then you get the bug. They are such unusual cars and quite remarkable,” says Michael. Values seem to be holding for these three, so if you are willing to keep them well maintained, it's highly likely the charming, stylish, and uber comfortable motoring experience these affordable classic French luxury saloons provide will get under your skin.