Historic racer and classic collector Aaron Lewis is a driver first and foremost. The business of restoration, he says, can be frustrating.

‘The rebuild is the painful bit, for some people that’s the enjoyment. I’m a driver – I know what I want, and know what I want the end result to be, but I’m not a mechanic. Restoring cars or doing mechanical work to improve cars can be painful. It always takes three times as long and costs four times as much as you think.’

And Aaron points to his newest project – a replica Jaguar XJ13, low and sleek and British Racing Green. ‘This one has cost me far more than it should have to finish, and I’m talking like one hundred grand more. No way on the earth you’d spend the amount of money I have on this, partly because the engine detonated on the dyno. Also, various things ending up costing more than they should, typical of one of these builds.’ 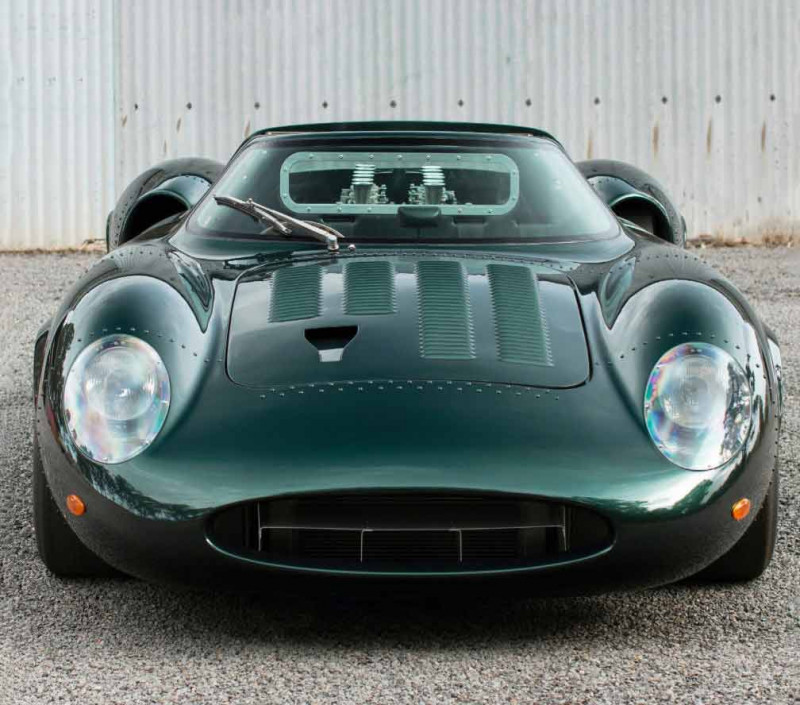 Aaron laughs and suggests it’s better to buy a finished car, a goer or even one that needs a little work. Among his current collection of goers is a bunch of fine replicas – a GT40, a Ferrari P4 and an XKSS but it is the XJ13 now demanding his attention.

THE ORIGINAL WAS A ONE-OFF, A 1966 JAGUAR PROTOTYPE DESIGNED TO RIVAL THE LIKES OF THE GT40 AT LE MANS BUT NEVER RACED

The Cessnock businessman has owned two XJ13 replicas; the first a Rod Tempero recreation from New Zealand and the second this one, originally a rolling chassis out of Race Car Replica’s sheds in Detroit and built up with Jason Ferraro in Melbourne over three years. 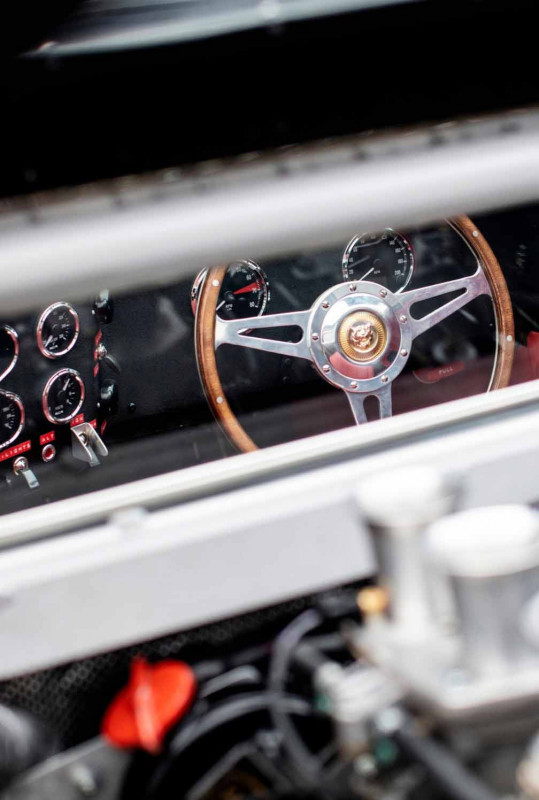 ‘I wanted to get one car road-registered and one built as a race car, then drive both cars back to back and keep the one I liked the most,’ says Aaron. But he decided to ship the aluminium-bodied, fuel-injected Tempero car off to New York where it’s worth $US400,000-plus and concentrate on the fibreglass-bodied RCR car. 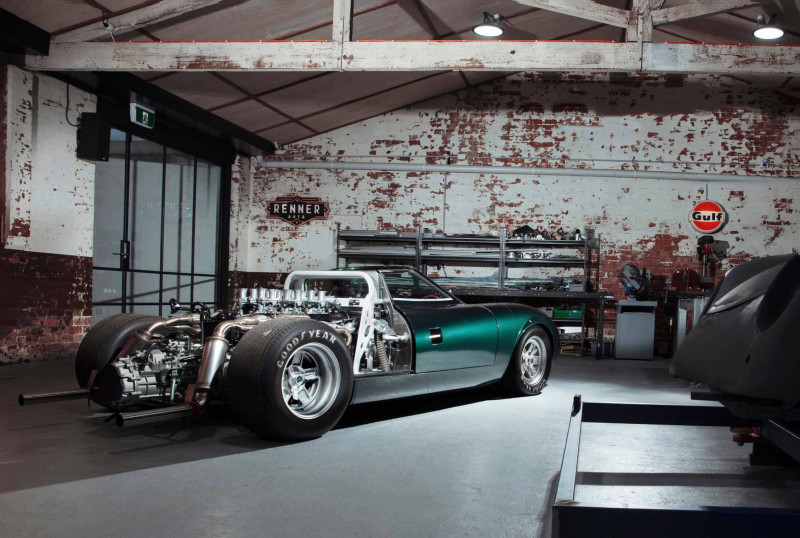 This one runs a six-litre Jaguar V12 with Webers and six-speed Graziano transaxle, as used in Lamborghini’s Gallardo. When that first engine blew it was developing around 310 horsepower at the wheels; that was before it was fully tuned so Aaron’s looking at a 400hp motor when all sorted. 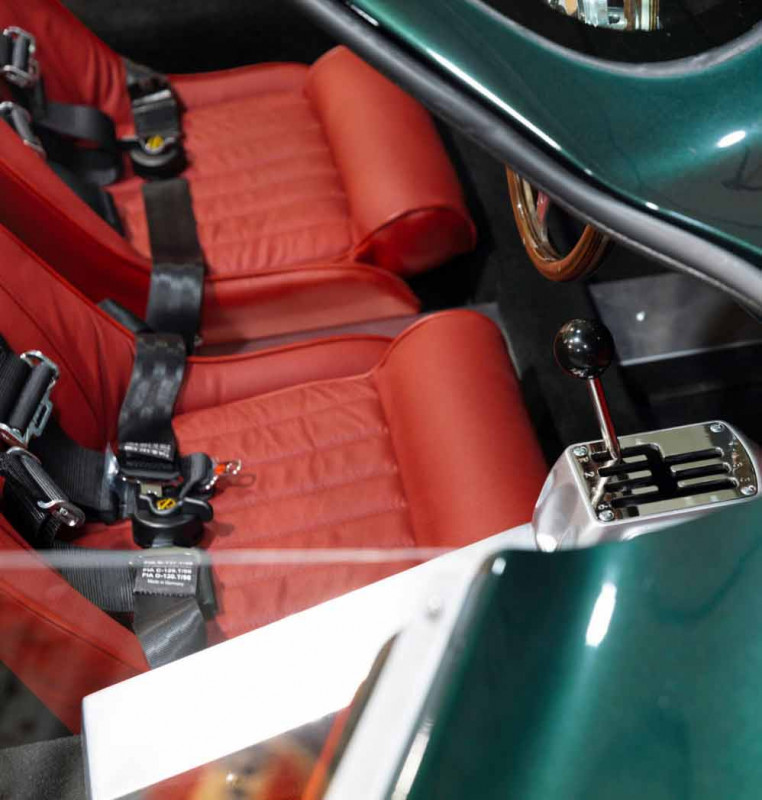 America’s RCR version, using modern suspension set-ups and brakes, was designed to be registered in the States and survive regular road use. Here Aaron’s interest in having the car registered is more about being able to drive to race tracks, as he does with his track-customised E-Type.

THIS IS THE PERIOD WHERE RACE CARS HAD MECHANICAL GRIP, SLIPPERY AERODYNAMICS

There are an estimated 20 Jaguar XJ13 replicas around the world, some closing on $1 million price tags and more. The original was a one-off, a 1966 Jaguar prototype designed to rival the likes of the GT40 at Le Mans but never raced as development was overtaken by new regulations and factory cost-cutting; the XJ13’s engine though did spawn a production V12 which ran in Jaguar road cars for 25 years. Aaron believes there is a mythology around the free-flowing, 260km/h XJ13, as handsome as a Ferrari P4 of the same era. This was, he says, the last period where Le Mans contenders had some semblance of roadability about them. ‘It’s border-line but, yes, you could drive these to the track and I think that has got appeal, that you could actually get in it and have a fang on the road. 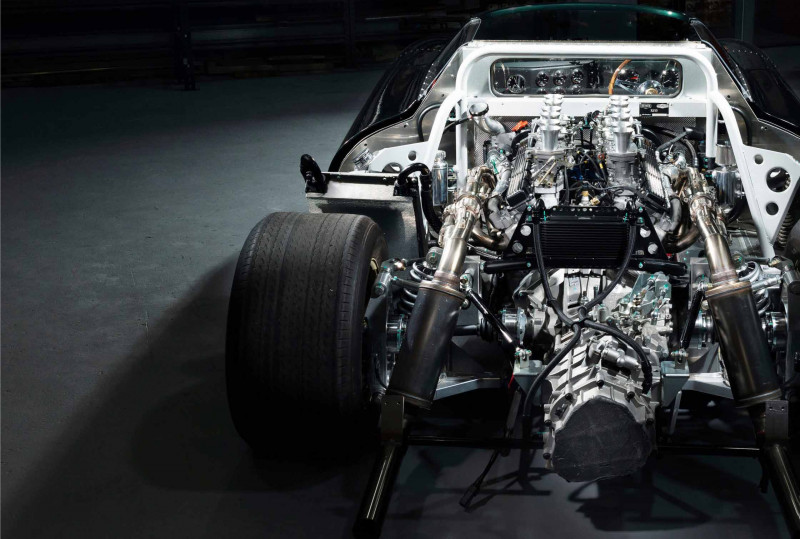 I think the shape is a big factor, their version of aerodynamics then was a slippery shape for very high speeds whereas we soon learnt that aerodynamics and downforce was where the lap times came.

‘This is the period where race cars had mechanical grip, slippery aerodynamics and the first of the wide tyres. They went up a lot, they went from seven and eight-inch rims to 10 and 12-inch rims in the space of two years. ‘Right at that time, if you look at Can-Am cars, they started sprouting wings and race cars went from something like slippery, beautifully-rounded cars to slab-sided square machines with wings hanging off them and massively wide tyres.’

The XJ13 is one of a number of race and road cars in Aaron’s shed though there is a preponderance of Jaguars; the only new car he’s ever bought is a Project 7 F-Type and his company car is a second-hand XKR. His family, and his mechanic father, owned a swag of Jaguars ranging back to the early 1960s.

While Aaron began racing in a Lotus 7 replica, he attacked the first six Targa Tasmanias in a variety of Jaguars and still drives his muchloved E-Type from the Hunter Valley down to Phillip Island for track days. He’s owned and worked over that E-Type for more than 30 years; that’d probably be the last car out the door in a garage sale he reckons. Or at least until he’s got the XJ13 well sorted. 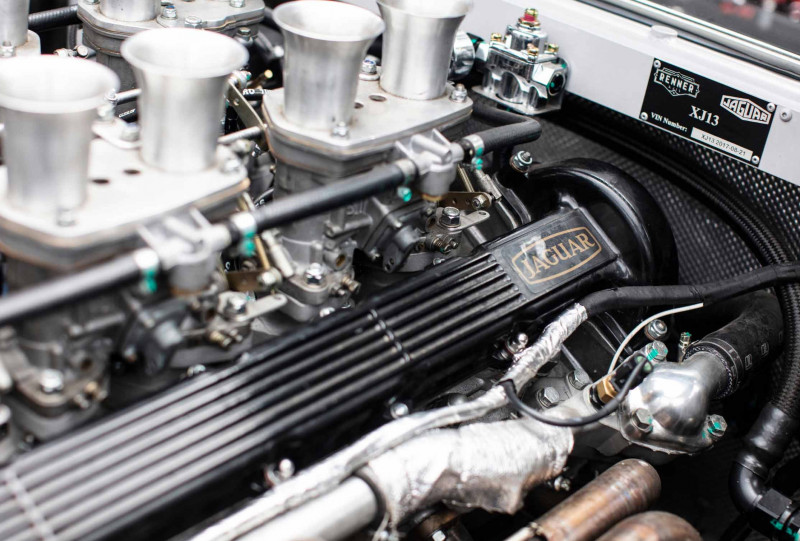 LEFT: There’s plenty of beauty in the details. Note the gated gearchange, drilled pedals and racing harnesses. LEFT: From this angle, the XJ13 could be the D-Type reimagined. Right: This gorgeous dashboard conveys the essence of Jaguar with the strong suggestion of Le Mans. The steering wheel is a work of art in itself. This metallic British Racing Green treatment was also seen on early 1980s Series IIIXJ6s. Again, Jaguar’s illustrious Le Mam history is evoked.

Thank you for such a wonderful and well written article. The journey of building or restoring a piece of automotive history is worthy of sharing and I appreciate your attention to the story and history behind this car and the XJ13. It truly (and literally) is one of a kind and I hope to be part of a replica in my not too distant future. I currently own and drive an FFR Mark I Cobra and absolutely love it.