I am going to address the elephant in the room up-front. Citroen can make some pretty unusual, a little weird, “out there”, call them what you want, designs, and the Citroen DS is a classic example of this and is a strangely-popular vehicle. The DS model is the one you see driving around occasionally; you first look at the car — perhaps, no doubt with mixed emotions — then, look to the Driver and always wonder what they must know which you do not. Do not get me wrong, for me, it is not a like or dislike thing. Instead, as in the art world, where an artist has not conformed to the idea of trying to make something everyone will like: rather, they intend to evoke an emotion — good or bad — just not indifferent. Perhaps, these thoughts are simply born out of the fact that it literally does not look like any other sort of car you would see on the road.

Now, take a close look at the Citroen SM. It is clearly closely related to the DS and is also not shy in making its own styling statement. It is like I would expect the concept version of a new model to look like — you know the ones unveiled at the motor shows promising cutting-edge design and features — yet, by production-release time, get typically watered down to ensure no one is offended — the buying public or the regulatory bodies. Except, in the case of the Citroen SM, what looks like the show-stopping concept is actually the production version! 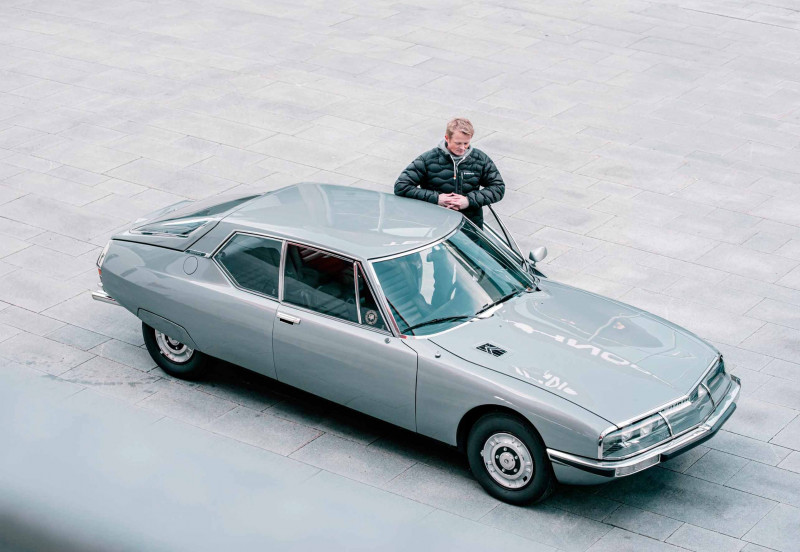 The SM design started in 1961 and was always intended to be a high-performance sports variant of the popular DS model. The design process took a staggering nine years and moved from being a modified DS design to a completely-new engineered vehicle. During the design period, in 1968, Citroen purchased Maserati — predominately for their high-performance engine technology. Then, the Maserati V6 engine was integrated into the newly-designed chassis to complete the final production of the SM. The Quad cam V6 engine had a relatively small capacity of 2.7 liters; however, combined with the slippery aerodynamic shape of the SM, was quicker accelerating and had a higher top speed than its competitors. As a comparison with the Mercedes-Benz 450 SLC C107 of the time, the SM accelerated to 60 miles per hour one second quicker and had a top speed of 137 miles per hour: almost 12 miles higher than the Mercedes, despite it having a 1.2-gallon V8.

MY PASSION FOR CITROEN STARTED WHEN MY DAD ARRIVED HOME WITH HIS FIRST ONE: A 1974 «GS BREAK» IN A COLOR CALLED “BLEU CAMARGUE” 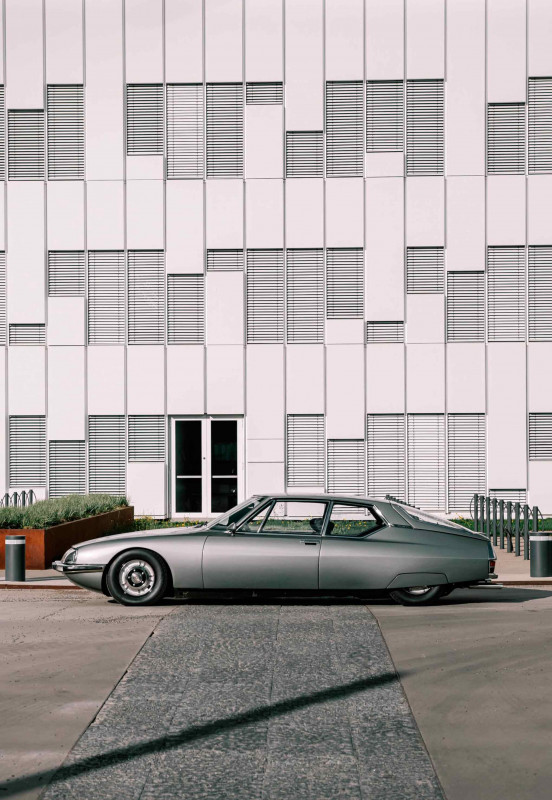 Today, Citroen SMs are rare and their owners are passionate. Robert has owned his for 15 years. “My passion for Citroen started when my dad arrived home with his first one: a 1974 ‘GS Break’ in a color called ‘Bleu Camargue’. I was six years old. There was only one Citroen in my village before and that was a 2CV. The GS stood out like something from another planet. It fell to sleep by dropping to the ground at night and lifted again when started. My mates were fighting to get a ride in it when my Dad picked me up from football practise. I started collecting brochures and car magazines; and, later, as my interest turned toward design and engineering, it was the perfect combination of these professions which kept Citroen in the front of my mind for a long time.” 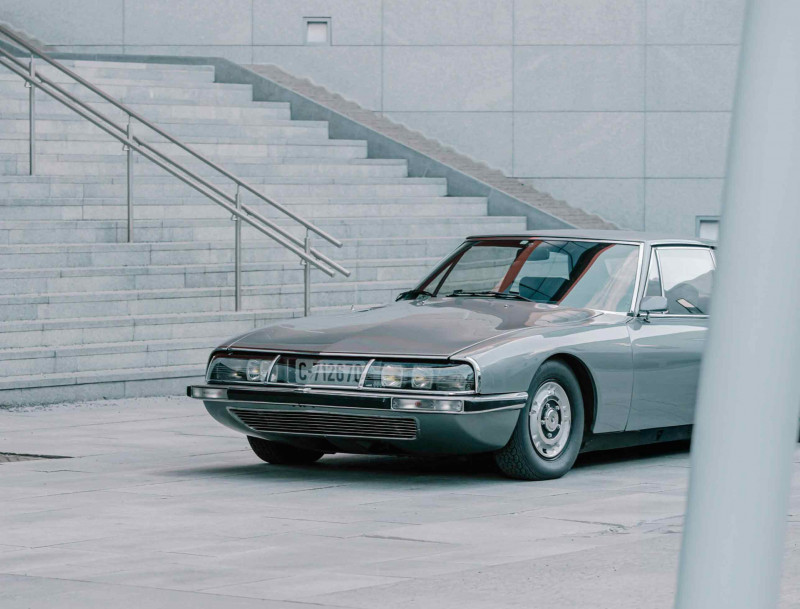 There are other cars also referenced as ahead of their time, but no better statement could be applied to the Citroen SM. Even today it feels retro-futuristic; but, in its day, it must have seemed like it had come back from the future. Inside is a comfortable place to be: the seats are one piece and supportive; the steering wheel is futuristic with a one-point mount and adjusts for both reach and rake — in 1970! The steering is absolutely unique and has two turns lock-to-lock with power assistance which is modulated by road speed. The steering can be turned by the fingertips and cornering is achieved by the slightest turn — that requires some getting used to. For example, a right-hand turn requires just one-quarter of a turn of the wheel. The brakes are hydraulic and, this time, adjusted automatically by weight in the rear of the car. Instead of a conventional car pitching forward under brakes, the SM gracefully lowers evenly — squatting at all four corners. Strangely, the brake pedal is not a pedal; Instead, it is a rubber button on the floor in the space the brake pedal should be. Add to this, the self-leveling headlights which turn with the steering, a fully-hydraulic suspension which can be raised or lowered by the driver, windscreen wipers which can sense rain speed — the list goes on. Those windscreen wipers were, of course, designed well before we had electronics for actual rain sensors and the computing power needed to interpret the data, so the clever Citroen boffins designed a system which changed speed dependent on current drain from the electric motor. The more rain, the less friction from the wipers on the window, and the less current drain: so the motor circuit would be allowed to speed up. Simple, yet effective. The forward-thinking design and execution of these radical driving features is a stunning achievement for a car which is now 50-years old.

Robert said: “I’ve been dreaming and sketching up cars for as long as I can remember. I was going to be a Car Designer — who wasn’t! At the age of 12, I was allowed to drive in a farm field for the first time with one of my cousins: I was hooked.” 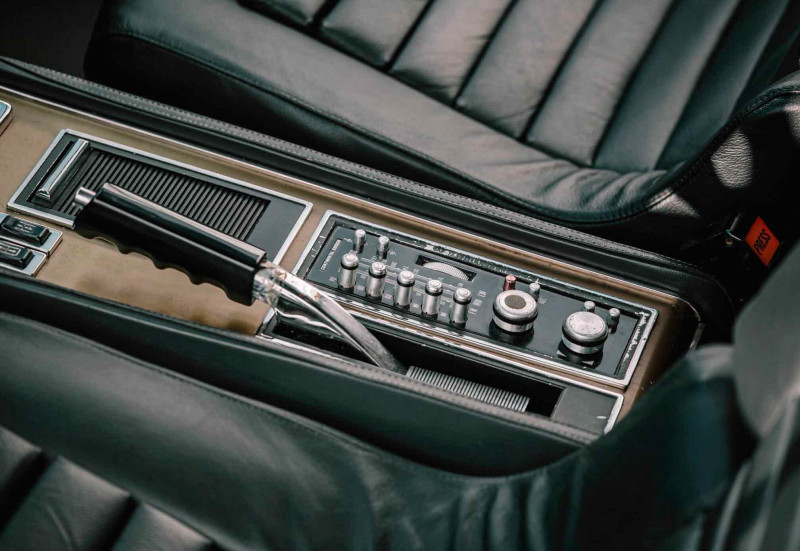 The SM was built as the ultimate grand tourer. Cruising at 124 miles per hour is effortless and comfortable. The SM does not so much as have ride; rather, it glides or floats along the road, while its pneumatic suspension constantly levels. It is an eerie feeling — bumps which are visible on the road, but not felt by the Driver.

THE SM DOES NOT SO MUCHAS HAVE RIDE; RATHER, IT GLIDES OR FLOATS ALONG THE ROAD, WHILE ITS PNEUMATIC SUSPENSION CONSTANTLY LEVELS. IT IS AN EERIE FEELING — BUMPS WHICH ARE VISIBLE ON THE ROAD BUT NOT FELT BY THE DRIVER.

Visually, the SM is more artwork than typical car design: the design has a flow to it. It looks smooth from the front bumper all the way through to the rear hatch, where seemingly complex and varying- angled panels meet harmoniously to gather at the rear. The rear employs a ‘Kamm’ tail design, where the rear of the car is cut off, with a vertical surface for aerodynamic efficiency. The Kamm tail was designed by Wunibald Kamm in the 1930s; and, in the SM’s case, contributes to excellent fuel efficiency. Against the likes of its competitors, the SM used 30 percent less fuel than rivals — such as the 450 SLC Mercedes-Benz C107  — and a staggering 50 percent less than a Jensen Interceptor: while achieving similar acceleration times and greater top speeds. 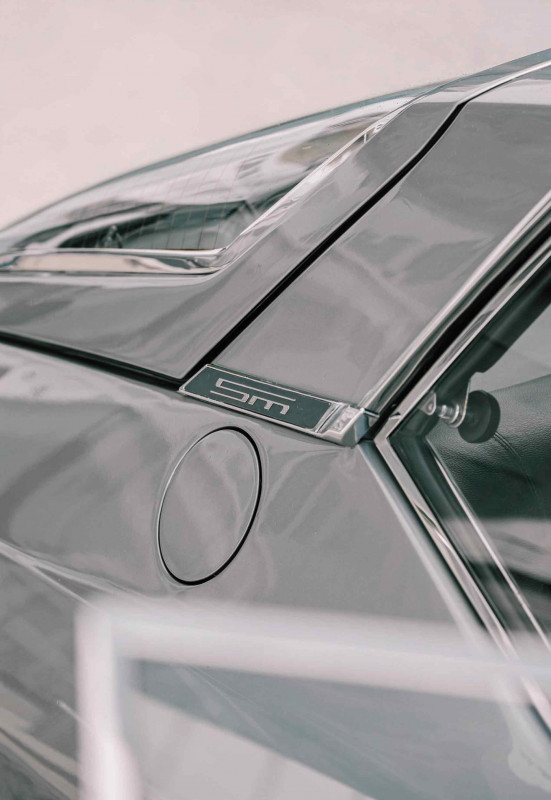 The large window area, combined with fine pillars, extends all the way across the rear seats — giving all passengers excellent visibility. At rest, the pneumatic suspension relaxes, almost completely hiding the rear wheels and adding to the futuristic feel of hovering. From all sides, the design is unique. It is hard to spot any design influences from other manufacturers. It is easy to overuse the word “unusual” when describing the Citroen SM because it literally is in every way. For example, take the frontal area, six individual headlights and the number plate are all covered by one massive cover extending the total width of the car. The fine details are everywhere. The Citroen emblem integrated into the bonnet vent, the bonnet bulges, and hides the busy parts of the windscreen wipers, the work of art which is the stereo system embedded into the center console. Everywhere you look, there is something new to see, seemingly designed by someone who has never seen a conventional car before. 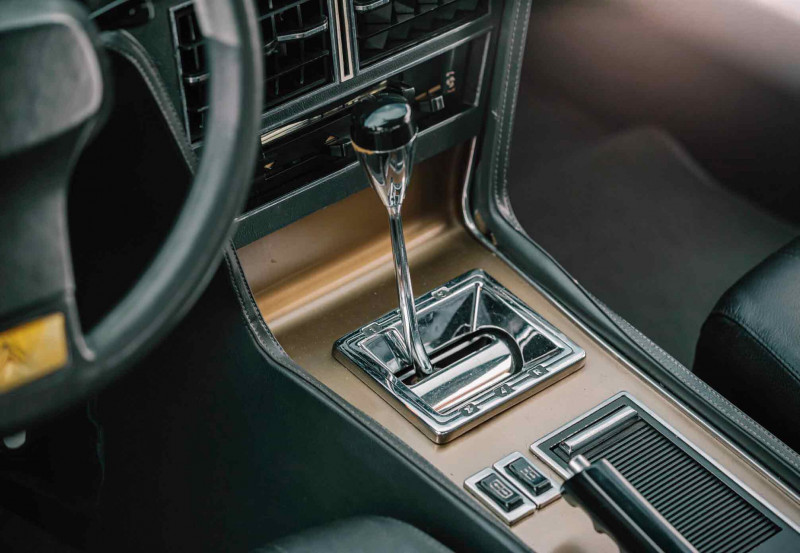 Although, the SM is front-wheel-drive, the engine is unusual because it is mounted fully behind the front wheels — technically making this a mid-engine car. The relatively-small Maserati V6 is hidden in the engine bay by a multitude of strange cannisters, pumps, and pressure devices — all with their own mystery roles. I am sure that there is a flux capacitor in there somewhere, as well, and all hidden beneath a bonnet made from aircraft-grade aluminum.

Robert said: “I first set eyes on this Citroen SM when a guy who I knew showed up in it in front of my office window, back in 2006. He had just imported it from Sweden and found the model a bit too complex for his taste. We decided to swap cars and he took my near-perfect CX2400IE prestige as the trade.”

The SM had a comparatively-short lifespan — being a casualty of Citroen’s bankruptcy woes in 1974. At that time, Peugeot took over ownership, sold off Maserati, and, in 1975, ceased production of this unique, and now timeless, classic. The Citroen SM has been described as the “Concorde for the road”, and I can not think of a better analogy. Both these fascinating modes of transport are French, both are ahead of their time, and both provide evocative memories for those who knew them. Once seen, the Citroen SM cannot be forgotten — design with emotion at its best.

ALTHOUGH, THE SM IS FRONT-WHEEL-DRIVE, THE ENGINE IS UNUSUAL BECAUSE IT IS MO UNTED FULLY BEHIND THE FRONT WHEELS-TECHNICALLY MAKING THIS A MID-ENGINE CAR.

Article type:
Review
1970 citroen sm1970citroen smcitroen
—
82
Write a comment
No comments yet. Be the first to add a comment!