The ‘Audax’ Hillman Minx saw Rootes vying for global success, but did it work? Words and Photography: Joe Miller.

Bold probably isn’t the first word that comes to mind when you see a Hillman Minx, but this month’s road test is a Minx in the Audax series, produced from 1956-1967. Audax translates from Latin as ‘bold’ and Rootes Group had bold plans for their new platform. Struggling somewhat against Ford and BMC in the domestic market, Rootes set their sights on international sales to boost profits, particularly in America. 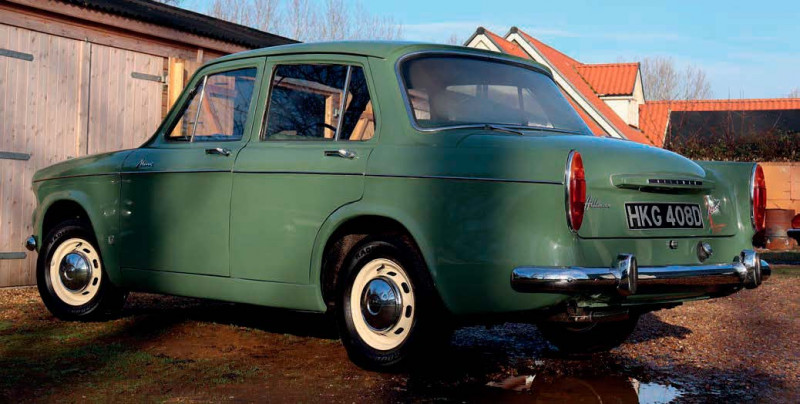 When the all-new Hillman Minx – based on the platform nicknamed ‘Audax’ in the factory – first hit US shores in 1957, it did so at the perfect moment; America had been hit by a fuel shortage as a result of the ongoing Suez Canal crisis and at that moment, a compact, economical car that still looked broadly like domestic cars. Indeed, the Minx in particular was designed by Raymond Loewy to be reminiscent of his 1955 Studebaker and was exactly what the market needed. Unsurprisingly, America lapped up the new Minx, with over 10% of all 1957 Hillman Minx production going Stateside.

“Rootes now had to produce a car good enough for the international market, pressure they didn’t take lying down”

Buoyed by their success in America, Rootes took the new Minx on a marketing tour of Europe, showcasing the new model in France, Germany and Austria. Rootes even sold the rights to produce the Minx to Isuzu in Japan from 1956-1964. With such grandiose ideas for exporting globally, Rootes now had to produce a car good enough for the international market, pressure they didn’t take lying down. Over £1.75 million was invested in a plant to produce the new OHV four-cylinder engine, a modern design compared to the ageing side-valve unit offered by Ford. Initially trialled in the late Series V iteration of the previous generation Minx, the new engine had the chance to shine in the Audax cars by transporting a smaller, lighter car. 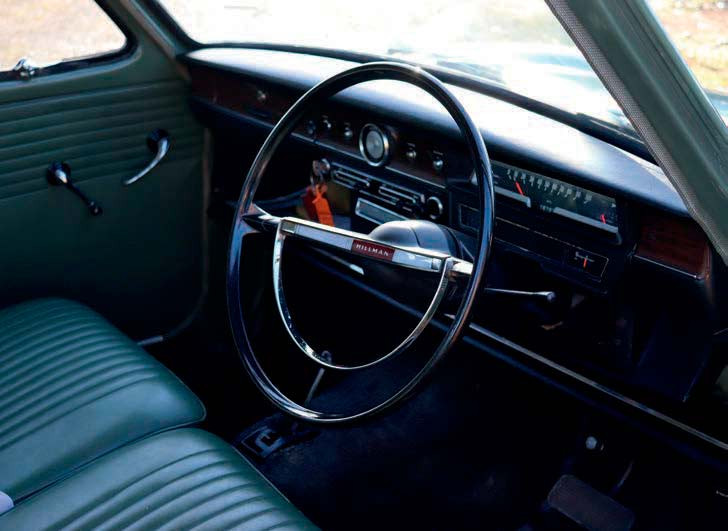 The engine was revvy, pokey with some 51 bhp even in its earliest form and journalists confirmed that the eager little engine would return well over 30 mpg.

That engine was housed in a modern body, too — the Audax platform was a unibody monocoque, meaning the floor could be lower to improve cabin space. Indeed headroom, legroom front and rear and even boot space are remarkably generous for such a small car; you really wouldn’t struggle for space taking four people and luggage even today. Autocar loved the Minx’s compact dimensions and roomy cabin, calling it “spacious enough for a family’s needs, compact enough for today’s streets”.

Practicality and economy was one matter, but with one eye on creating a sporty Sunbeam Rapier in time, Rootes also made sure the suspension underpinning the platform was up to the task. Attention was paid to body control and steering response and it holds up today. I sometimes struggle driving 1960s cars, you often have to make allowances for the sloppy steering and bus-like body roll owing to their age, but the Minx belied its years. The steering is direct and precise, with a nice weight to it, it turns responsively and the lean was remarkably tame for a near six-decade-old family saloon. Small wonder this platform created a fine sports car in the Sunbeam Alpine.

The nimble handling is complemented by that OHV engine, evolved to 1725cc by the time our 1966 car was built. It pulls well throughout the rev range, it’s eager and even the automatic gearbox — itself an unusual feature in a small car of the time — kicks down willingly and shifts smoothly. 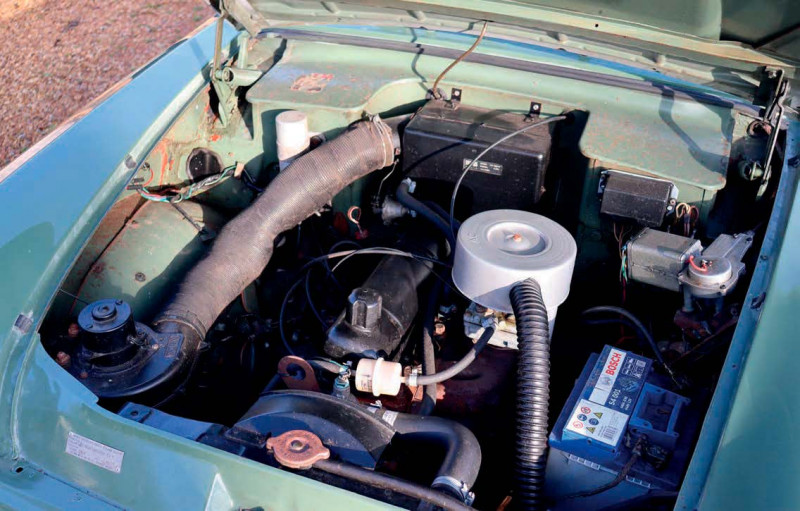 This 1966 Minx boasts the 1725cc evolution of the long-serving Rootes OHV engine, good for 69 bhp

I’m not exaggerating when I say I’ve driven 10-year-old automatics jerkier than this. Cruising back to base on a dual carriageway, the little Hillman comfortably held 60 mph without screaming its head off and you’d need to go a class up to find a more refined high-speed experience. I can’t speak for everyone, but I found the Minx a far more enjoyable drive on a winding country lane than either a Morris Minor or Ford Anglia.

The Minx was loved by press and the public alike and with initial sales strong, Rootes continued the momentum by evolving the platform: yearly styling changes were made, designated Series I-VI that kept the looks fresh, the OHV engine gradually growing from 1390cc to 1725cc to increase performance and motorway ability and an all-synchro gearbox came with the Series V Minx. The Audax platform was used to great effect in creating models for all brands under Rootes; as well as the Hillman Minx in saloon, estate and convertible guise, later came the Husky van, Sunbeam Rapier, Singer Gazelle, Sunbeam Alpine and Commer Cob. Whether you wanted a family saloon, sports car or van, Rootes found a way to utilise the Audax platform to create it. Because so many makes, models and variants were produced on the platform, it’s difficult to say for certain how many Audax cars were sold, but it was comfortably into the hundreds of thousands and proved a massive success for Rootes both locally and internationally.

So given that lengthy 11-year life, versatile platform and market success, why is a Minx, indeed any of the cars on the Audax platform, such a rare sight today? Much like any car with a long production run, the Minx was rather outdated by the end of production in 1967 and Ford and BMC’s offerings were more modern and arguably better all-rounders. The slow and painful demise of Rootes group through the 1970s and early 1980s meant any car built by them quickly became unfashionable and parts and dealer support inevitably dried up. Stuck in the awkward ‘not old, not new’ phase in the ’70s, many a Minx fell by the wayside and without the necessary parts to remedy an MoT failure, thousands found their way to the scrapyard. Even today, Rootes club and parts support is minimal compared to the Ford and BMC/ Leyland scenes, making a Hillman Minx a somewhat challenging ownership prospect.

Like most ‘orphan’ cars, then, owning a Hillman Minx today is a commitment and it won’t be the easy ownership prospect a Morris Minor is, where every single part you’ll need is available within minutes. But hang on, because Ford parts support is similarly hit and miss for the majority of workaday models and in many ways, the Minx is a better car than an Anglia. It’s more comfortable, faster, nicer to drive long distance, more economical, bigger inside and something completely different. You might have to search a while to find a Hillman Minx today, but go on, be bold. 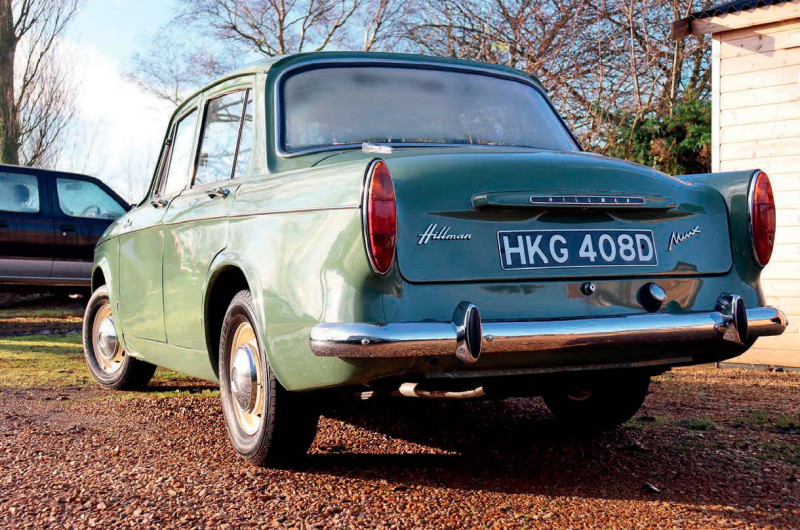 Styling of the Audax cars is unashamedly Transatlantic. 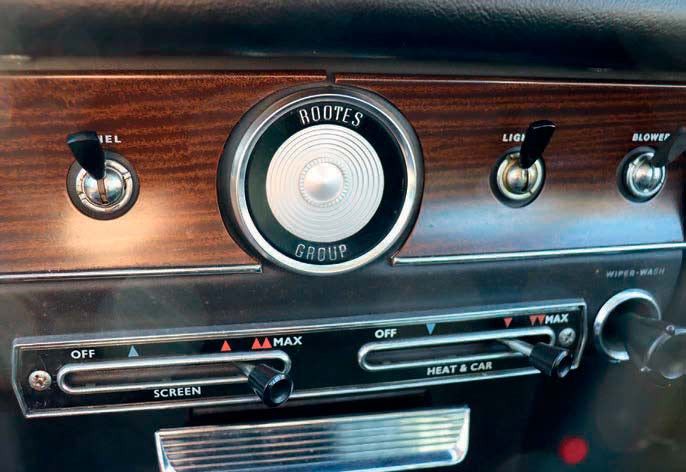 The Rootes brothers once envisaged their company to be a ‘General Motors for Europe.’