Iwill be honest. The arrival of this Mercedes-AMG GLE63 S 4Matic+ could not have come at a worse time. As catastrophic events unfolded in Ukraine, petrol and diesel prices were leaving our atmosphere, and my local refuelling station – always the cheapest in the town – was punishing motorists with a rate of £1.74 per litre of dinosaur juice. For our North American friends, that’s around $8.50 a gallon… There was already great debate around the existence of cars like the GLE63, whose V8 biturbo motor struggles to hit 20mpg on a school run and won’t go north of 30mpg even when you’re cruising on the motorway. Meanwhile, CO2 emissions of 281g/km drop the owner into the top UK road tax band, garnering a £2,245 hit on top of the list price. 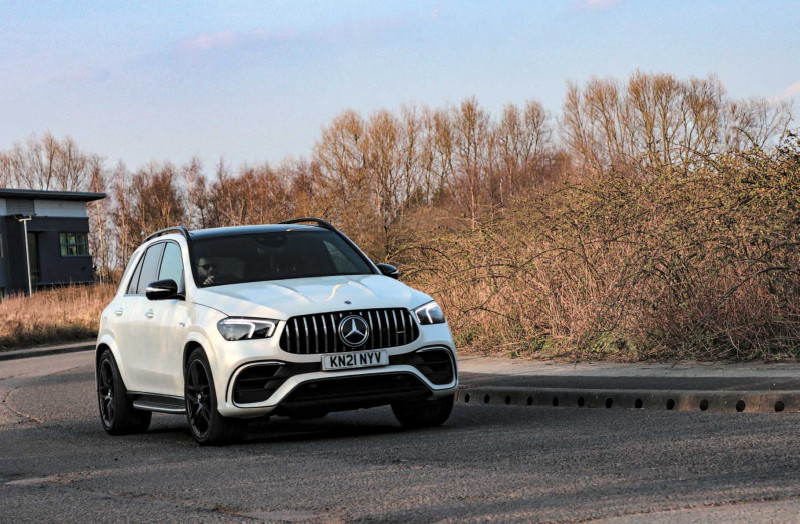 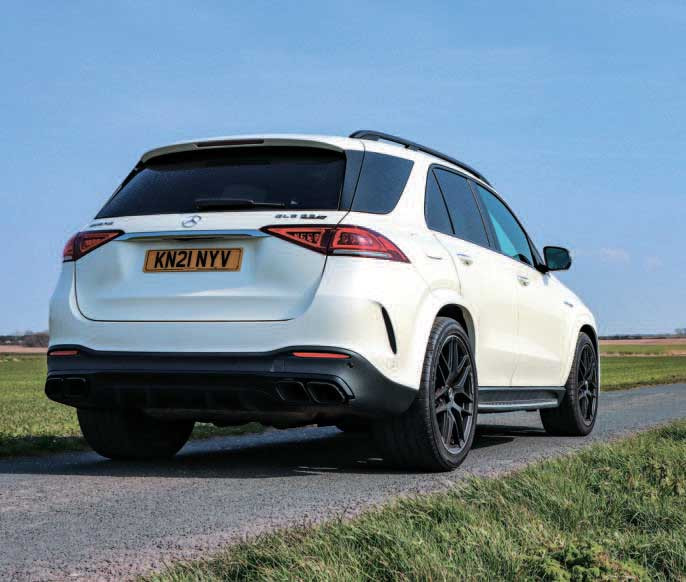 But hold on a second. It’s not as though AMG isn’t trying with its monster SUV. The eight-cylinder engine has a four-cylinder mode, and the GLE is the first ‘AMG 63’ model with an electric motor slotted in between the four-litre V8 and nine-speed automatic transmission. As well as improving performance, this ‘EQ Boost starteralternator’ can capture energy during deceleration for use later, and allow the car to coast along with the engine ‘detached’, among a few other fuel-saving tricks. In the range-topping GLE63 S, that V8 makes 604bhp between 5,750 and 6,500rpm, while maximum torque – all 627lb ft of it – is dished out between 2,500 and 4,500rpm. The electric motor helps acceleration off the line, delivering its full 22bhp at 900rpm and punchy 184lb ft of torque at 500rpm. The whole lot translates into a 3.8-second 0-62mph time and 174mph top speed, which are just bonkers numbers for a car weighing 2,420kg.

At £119,810 on the road, you’d pray the GLE63 has road presence to match its price tag – and you certainly won’t be disappointed here. The panamericana-style grille looks like the ribcage of a queen xenomorph, the bonnet ripples with powerdomes and the whole front end hunkers (nay, postures like a weightlifter) on a 15mm wider track than you’ll find on a regular GLE. Continuing backwards and aluminium side skirts play up the model’s unconvincing off-road pretence, while four beefy tailpipes bordering a mock diffuser remind you what this SUV is really all about.

Finished in designo diamond white paintwork (£895 – the only option fitted to this test car) and rolling on 22-inch forged rims blacked out for added effect, this GLE63 S is about as subtle as a full moon in a clear night sky. There is a surprising side to this SUV, though. Thanks to its air suspension, it’s actually pretty comfortable, even when the ride is tuned by AMG. What’s more, those Yokohama Advan Sport tyres don’t create too much of a racket, which is particularly surprising. You can cycle through the various modes of the drive system, transmission, dynamics (TC and ESP), suspension and exhaussystem in a number of ways, but I found myself using the neat steering wheel-mounted buttons and rotary dial most often. There’s cabin space aplenty and overall quality is superb. I love the ambient lighting, the chunky grab handles that flank the centre console, and the near-infinitely adjustable front seats with special massage functions. The 12.3-inch dashboard touchscreen will blow the mind of anyone who hasn’t seen it before and, even after a week at the GLE’s wheel, the instrument cluster still dazzled me with its eye-popping graphics and sheer number of customisation options every time I jumped aboard.

On the move in Comfort mode (see sidebar for a full list of driving settings), the GLE63 assumes the role of a big, fat pussycat – lolling about and purring as you tickle its considerable tummy. So aloof does this AMG SUV feel in Comfort, however, that I quickly realised the suspension’s Sport mode is a far better setting for the GLE63, as it seems to dull Comfort’s weird, secondary shimmying over bumps while achieving far better body control and drastically reducingundersteer as you begin to hustle this big-snouted beast through corners. All these improvements with barely a reduction in overall ride quality, too. Can’t say the same for Sport+ mode, though. Best save that one for smooth race tracks…

The super-soft throttle response of Comfort mode also highlights a slight disconnect between throttle action and the transmission from a standing start, making for slightly jerky movements; you prod the pedal expecting to move but don’t, so you press harder – and then you’ve applied too much.

Otherwise though, the nine-speed AMG Speedshift gearbox with ‘torque converter technology’ (TCT) is a fine unit, quickly and imperceptibly cycling through the cogs once you’re up and running. Manual mode brings the steering wheel’s blade-like paddleshifters into play, and although response isn’t lightning quick I would say it’s good enough for this application. I will also admit that the rev-matched downshifts and ensuing bellow from the exhaust system were a real guilty pleasure; you cancreate the same effect when the transmission is in full auto mode by opting for the Dynamic Select’s Sport+ or Race mode, for example, which also bring more (and welcome) weight to the steering, which can feel particularly numb in Comfort.

Central to everything is that 3,982cc V8 twin-turbo engine. It is pure theatre, bottled. As full torque kicks in and the motor’s deep woofle turns hard-edged, you can’t help but tighten your grip on the Alcantara-clad wheel. And then maximum power arrives and the soundtrack evolves again, the whole cabin consumed by a ferocious and nasally roar. So monumentally fast is the GLE63 S, you must think very carefully about when and where to sample the whole pot of beans. With great power comes great responsibility…

Not that the 4Matic+ four-wheel drive system fails to cope with all that performance. It’ll even let the tail slip a smidgeon should you get heavy-footed on a corner exit, although such antics feel rather inappropriate on the road, particularly in a car with the GLE’s dimensions. It does show though, that there’s far more to this SUV than meets the eye. I would say only the standard braking system is really found wanting in the GLE63 package and UK customers can’t upgrade it, sadly.

people carrier with an over-powered engine. However, as I took the GLE63 for yet another drive round my favoured test route, which includes everything from suburban streets to a dualcarriageway and tricky B-roads, this SUV’s ability to cradle occupants in its masculine palms and then – at the flick of a switch – keep sports car drivers honest through the twisties, amazed me all over again. There is considerable depth here, and I for one wasn’t expecting it.

There are plenty of options for the driver to choose from…

All figures from Mercedes-Benz; fuel consumption according to WLTP Combined

Central to everything is that V8 twin-turbo engine – it is pure theatre, bottled.

The UK only gets the S-spec V8 biturbo model. 4WD with variable torque distribution. Neat driving mode controls on wheel.