Change petrifies us; removes us from our comfort zone; whips away the security blanket we’ve clung onto oh-so-tightly to for oh-so-long; leaves us feeling vulnerable and afraid of what comes next. We liked it just the way it was. Why did someone have to change it? 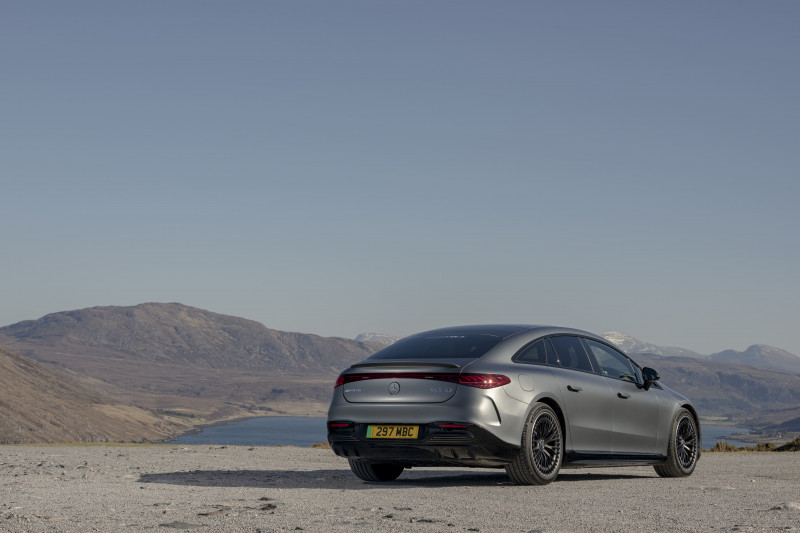 Progress is the answer (or the justification, depending on your level of cynicism) and, in our automotive world, fear-inducing change comes in many forms. When Porsche announced in the mid-90s that the 911 would no longer rely on the atmosphere to keep its flat-six cool, the hand-wringing was so severe it could strip the skin from the gnarliest of knuckles. The switch to automatic or double-clutch gearboxes at the cost of the manual gearbox? Less of a polarising change, more of an answer to market trends but a change that still left many questioning the pursuit of faster shift-times when all we want is a more immersive driving experience. 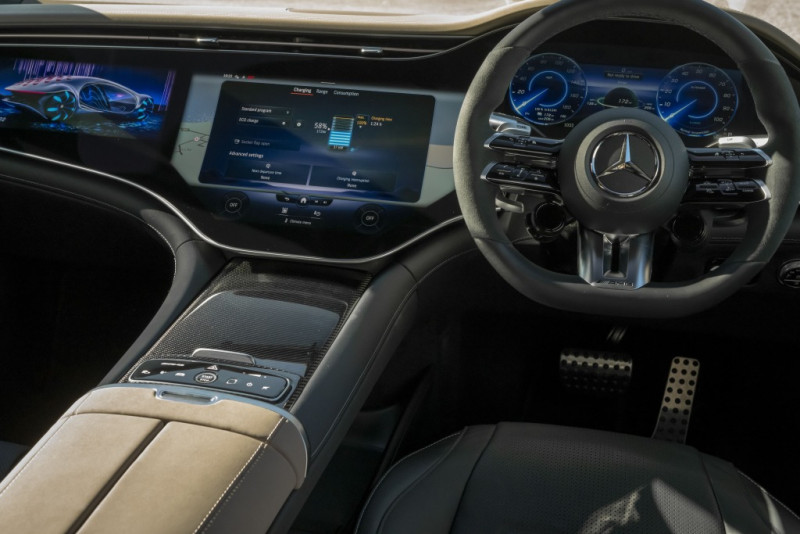 SUVs and crossovers at the cost of estate cars and hatchbacks? Manufacturers will tell you it’s what the customer wants, but when the large majority of car buyers don’t actually know what they want, it makes it easier for said manufacturers to push them into cars from which they can maximise profit rather than sell them something that will do everything they need for less.

Which, in a roundabout way, brings us to electric cars, of which the EQS 53 on these very pages is Mercedes-Benz’s very latest top model; Mercedes’ electric S-class. It might not be the most evo of EVs, but we’ve always admired the S-class for being brilliantly fit for purpose and therefore its new electric alternative should be afforded the opportunity to shine.

It’s not what you would call a looker, though. Its Panamericana front grille certainly provides an aesthetic boost over the regular EQS models, but in the pursuit of low drag the EQS 53 is a bit of an anonymous blob of a car, lacking the confidence of Mercedes of the past and the presence of a traditional S-class. If you were being especially cruel you'd call it Mercedes’ Ford Sierra moment. It certainly doesn’t command your attention like a £157,000 car should, but then again, in a world where a Golf R costs fifty grand, does any car have the looks to match its price tag?

There is at least method behind the design because EVs live and die by their aerodynamic properties, so what the EQS lacks in statesmanlike presence it makes up for by being far slipperier through the air and therefore more efficient, its 0.20 drag coefficient making it, according to Merc, the world’s most aerodynamic car.

Technology is never far away from being part of the EQS experience, including door handles that slide out of the body to meet you as you approach (if you play with the settings you can even set the door to open on approach and close when you place your foot on the brake pedal).

Inside is where the EQS gets serious. With a 3-metre wheelbase (the car’s over 5 metres long) you don't know whether to sit in the back and enjoy the long-wheelbase S-class-beating legroom, or jump in the front. In the back there’s more room than most will know what to do with, but the combination of a high floor (thanks to the massive 107kWh battery and a low seat squab) means it’s not as comfortable as it looks, missing that sense of sinking into the car to relax.

Up front, your world is dominated by screens, three of them if the mammoth £7000-plus ‘Hyperscreen’ option is installed, including a digital TFT display for the driver, an additional screen for the passenger and the 17.7-inch central screen. At first glance it looks impressive, a continuous clean surface wrapping around the cockpit, but look closely and you can see the square edges of the individual screens hidden behind that flush glass frontage. It's a small detail, but in the rush to bring EVs to the market it’s a small detail that’s a big distraction.

It’s through this central screen that the entire car pretty much functions, eradicating as many buttons as possible, apart from on the steering wheel, which still has plenty. Not that Mercedes is to be singled out for such an approach — every car company now considers itself a tech company (though unfortunately a tech company from the late ’80s). Invest the time, as any EQS owner would, in setting up your car profile and, once you've used your fingerprint ID to wake the system, it’s unlikely you’ll need to delve into it beyond this.

Should you do so, you’ll discover it suffers from the same bugbears that afflict pretty much every system of its type: the voice recognition is next to hopeless, the controls for the assistance systems involve a game of hide-and-seek to switch them off and the touchscreen has reaction times that only it understands. The campaign to bring back buttons starts here.

So the tech in the EQS frustrates, but the materials and the fit and finish of the interior are of more concern; for a car costing a minimum of six figures and one that is set to replace an S-class or two on users’ fleets, it simply isn’t good enough. There’s some nice, unvarnished wood that is beautifully tactile, the leather that is used is plush, soft to the touch and tightly stitched, but unfortunately much of the cabin is trimmed in plastic made to look like leather, and in places it’s as convincing as a 12-year-old telling you they haven’t taken their phone to bed with them.

Underpinning the EQS is an all-new, bespoke electric platform with that monstrous battery, the largest currently available in Europe, positioned between the axles and providing a fully charged WLTP range of 358 miles in 53 trim. At 2605kg you’ll chew through that range if you decide to play with the full 649bhp (751bhp with the AMG Dynamic Plus Package option ticked, as it was in our car, along with 752lb ft of torque). In fact the range dips into the two-hundreds almost as quickly as the 53 reaches 62mph (3.8sec, since you asked).

But while it’s quick, it’s not a car that stokes your emotions. You’re sat too high on the seat, but still not quite high enough to see over the vast instrument display. It’s impressively quiet, which is no surprise coming from the company that has spent decades perfecting the S-class ambience. Every external noise is squashed; even the roar from the 22-inch tyres is silenced. But… it doesn’t exude the confidence of an S-class. Its air suspension can’t provide that calming pillow between you and the surface, and at low speed the intrusions into the cabin over anything but race-track-smooth tarmac are beyond distracting. The secondary ride is just too busy for a car of this type.

Having a marginally stiffer chassis, the 53’s body control is improved over lesser EQS models. But it’s a car that feels like it’s having a fight with itself, the technology unable to calculate what’s required to combat good old-fashioned physics.

The steering actually feels quite nervous for a car designed to be calming. It’s quicker than you think it’s going to be on turn-in, a feeling exaggerated by the effect of four-wheel steering as it plays its part in shortening the feeling of a long wheelbase and managing the considerable mass. When it comes to braking and the car’s regenerative system (controlled by the paddles behind the steering wheel with three distinct settings), the brake pedal sinks to mimic the braking action so when you need to step in and increase the retardation the pedal isn’t where you expect it to be. So you stamp on it in a panic and put the car on its nose. It’s just another frustrating example of the car feeling a couple of hundred thousand kilometres short of its final sign-off.

That’s the thing — inside the EQS 53 there’s a good Mercedes bidding to get out, but right now it’s a long way from breaking free.