Petrol is dead; it’s all electric from now on. Well, that’s obviously piffle. Fiat’s new 500 may be Italy’s first full-electric mass market car for Europe but you can still buy a ‘classic’ 500 with petrol power – and will be able to for at least the next three years (using 1.0 Hybrid power as a Fiat or full-on 1.4 turbo in Abarth form). So if the future is electric, how’s it going to feel? We’ve already driven the 118hp, 42kWh, Fiat 500 Icon now we’re getting behind the wheel of the entry-level Action with its 95hp motor, 24kWh battery pack and start price of just over £20,000. 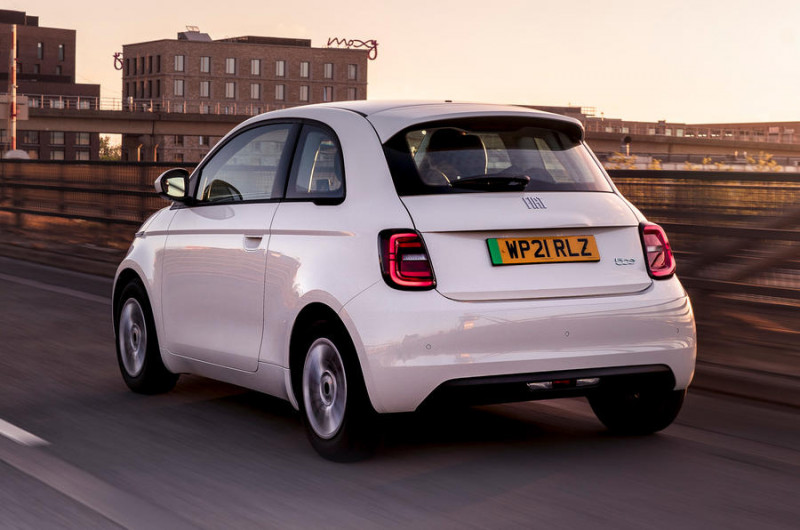 First impressions: on its 15-inch wheels, the Action looks much more like the traditional 500 than the plusher models with their fancier 17-inch boots. There are lots of design nods to the original 1957 version, from the side-on profile to the bluff, grille-less nose (on which the Fiat badge is replaced by a new ‘500’ logo, incidentally). Perhaps the most striking bit of the design is the split oval-shaped headlights with ‘eyebrows’ that literally raise with the bonnet. Klaus Busse describes this look as “optimistic” while the raised eyebrows give it “a more serious, mature side”. OK let’s step inside, which you do by pressing what Fiat calls an ‘e-latch’ (recessed electric door handle).

It’s instantly clear that the new 500 has loads more space inside than the old model in all directions – length, width and headroom (although the rear seats are still a squeeze for anyone over 5ft 8in tall). The floor is completely flat, pleasingly, and the gear lever has disappeared, replaced by four simple ‘PNRD’ buttons for the single-speed auto gearbox. One bugbear immediately becomes apparent, though: the footwell is so cramped that there’s no space for your left foot to rest, which quickly becomes irksome. 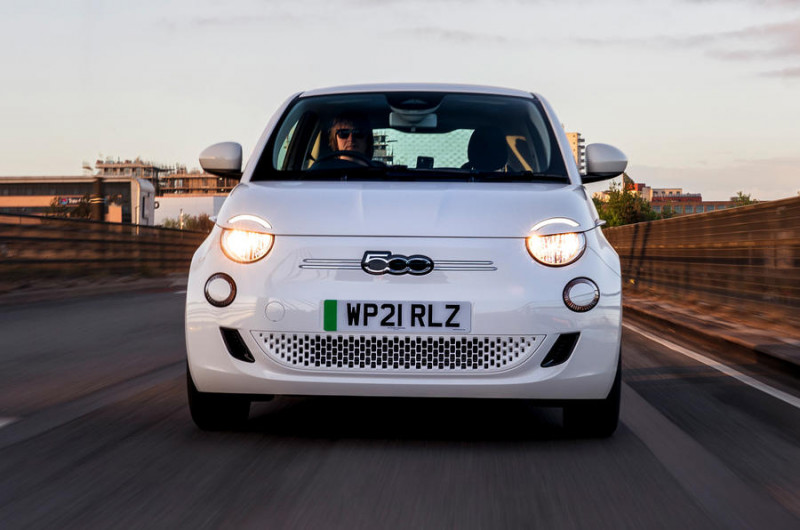 The seven-inch digital instrument display ahead of you is superbly clear but the Action lacks the central touchscreen fitted to its superiors (7 inches across for the Passion, 10.25 inches for the Icon). Instead you simply have a smartphone cradle – no bad thing, frankly, as most smartphones are way more advanced than car screens. However, it does mean there’s no sound system at all until you hook your phone up. Pressing the ‘on’ button produces a little Italian ditty called Amarcord over the cabin speakers – and pedestrians can also hear it on external speakers, too, warning them that you’re approaching. That’s useful because there’s no engine sound at all. It’s all superbly refined – the main noise you hear at speed is tyre roar. If you’ve never driven an electric car before, you’ll be amazed by how zippy the Fiat 500 is, even in entry- level Action guise. With 95hp, it may be 23hp shy of the 42kWh models but it only loses half a second in the sprint to 62mph, which it does in a feisty 9.5sec. A full 100% of torque is available right from the off and, unlike many electric cars, there’s still plenty of oomph at the top end (which in the Action is limited to 84mph, incidentally).

While a full quarter of the car’s weight is made up of the batteries, these are mounted low down in the car so the centre of gravity is low and body roll almost non-existent. At 1290kg, the 500 Action is weighty for such a small car but it’s 40kg lighter than the 42kWh versions – and this does bring some benefits. The steering feels more connected somehow, even though it’s still very light. And on its 15-inch wheels, the Action deals with lumps and bumps in the road a little better than its 17-inch-wheeled cousins. 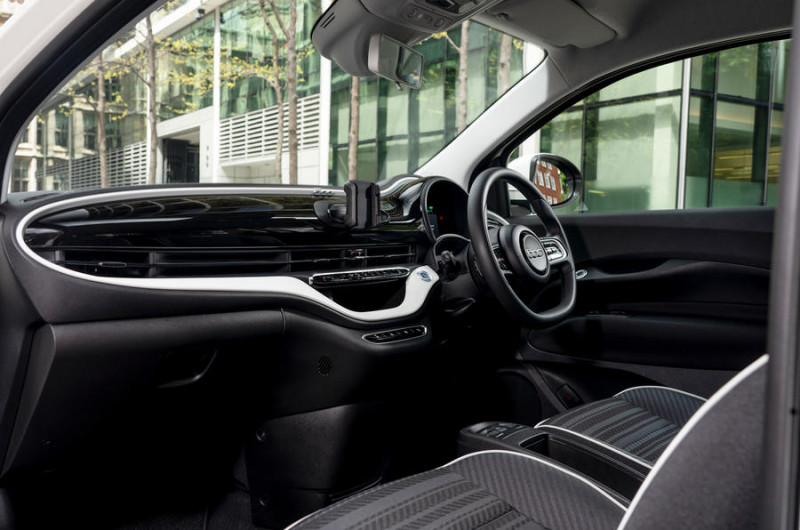 A switch toggles you through the three driving modes – Normal, Range and Sherpa. Normal is the start-up mode. You’re most likely to use Range mode in cities as it introduces throttle-off braking that’s strong enough for you effectively to use just the accelerator pedal. Sherpa mode turns off things like air con to maximise range.

Speaking of range, the one big disadvantage of the low-power 500 Action is that it does only 118 miles (officially) compared to 199 miles for high-power models. I started my test drive with 100% charge and the display actually indicated just 93 miles of range. After a route that included high-speed motoring on the dual carriageway (never ideal for EV range), I was left with 67% charge and an indicated 56 miles of remaining range. Overall, that’s frugal energy use for an electric car.

You recharge the batteries via a flap on the offside rear. A 3kW cable is standard but you’ll need to pay £359 extra for a home Wallbox and 7kW cable, in which case the recharge time is six hours. Using a commercial rapid charger, 80% can be recharged in 35 minutes.

Without doubt Fiat has created one of the most significant cars in its history with the electric 500. It’s opened up EVs to a truly wide audience with its low price point: the entry-level Action costs just over £20k or £199 per month on PCP with a £3k deposit. The 95hp Action is very nearly as swift as the more expensive 118hp Passion and Icon versions and is every bit as refined, funky and fun to drive.

However, Fiat reckons that over 50% of UK customers will select the higher-spec Icon model, and I must agree that the Icon is the better choice overall. Yes, it costs £5000 more but its extra performance, range and equipment tip the balance for me, while you can also order it in 500C Cabrio form (the Action is hatch-only). But I’m willing to bet that, if you buy a 500 Action as your first ever EV, it definitely won’t disappoint.

Entry-level Action doesn’t have a touchscreen at all – just a cradle for your phone. This is actually a bonus in our view.

“If you buy a 500 Action as your first ever EV, it definitely won’t disappoint ”