MG has unveiled a major overhaul for its all-electric ZS EV, which ushers in a larger battery pack for increased range, along with a makeover and improved technology. It will give the MG a longer range than rivals, including the Peugeot e-2008 and Citroën ë-C4.

In showrooms from November 2021, pricing is yet to be confirmed, but the standard range version is likely to cost a similar amount to the £26,095 of the current model, with the Long Range likely to feature a £1,400 price premium, which is a similar difference to that seen in the MG5 EV estate car. The ZS EV is the brand’s best-selling electric vehicle, and regularly appears in the UK’s top-sellers lists. With a 51kWh battery pack and 198- mile range, the standard version will arrive next year, but the big news is the 72kWh Long Range ZS EV, which can travel up to 273 miles between charges. Both versions beat the 163-mile range of the pre-facelifted SUV with a 44.5kWh battery.

Charging status can now be checked more easily via four indicator LEDs inside the charging port, and its combination Type 2 and CCS charger is capable of 7kW wallbox AC top-ups, or up to 76kW DC public charging. This makes it possible to charge the Long Range battery from zero to 100% in 10.5 hours using a wallbox, or in 42 minutes at a rapid charger. 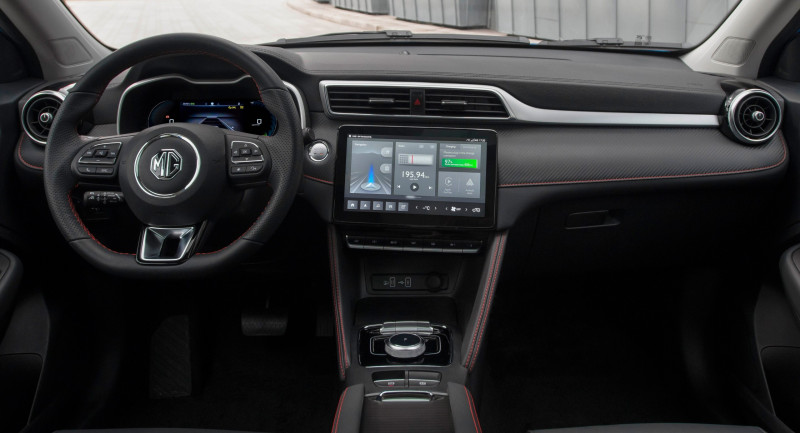 Design changes see the MG ZS move further away from its combustion-engined equivalent, and look more overtly like an all-electric model. Its traditional grille has been replaced with a smooth nose, embossed with a ‘stamped-effect’ pattern and large MG badge. It also features a new side-opening charging flap and more streamlined LED headlights, along with new aerodynamic alloy wheels and a redesigned rear bumper.

Its interior has been upgraded with a new 10.1-inch touchscreen, together with improved graphics and functionality. New MG iSmart software will be standard, allowing owners to connect to their ZS EV and interact with the climate control, security and charging functions remotely. The instrument cluster has been changed and there’s also wireless smartphone charging for Trophy versions. This new trim level will sit above SE, offering a higher level of equipment.