One goal: to take down the Model 3

The next phase of Volkswagen’s radical ‘New Auto’ electric vehicle strategy will bring to market a direct rival to the Tesla Model 3, insiders at the German car maker have revealed.

The five-door liftback-style saloon, known internally as Project Trinity, is planned to take the ID 4 name in 2026, setting up a naming policy that will see future Volkswagen models grouped together under individual model lines dependent on size. The ID 4 saloon will join a facelifted version of the current ID 4 SUV in an expanded mid-range line-up that has been conceived to provide competition to the Model 3 and its sister model, the Model Y. 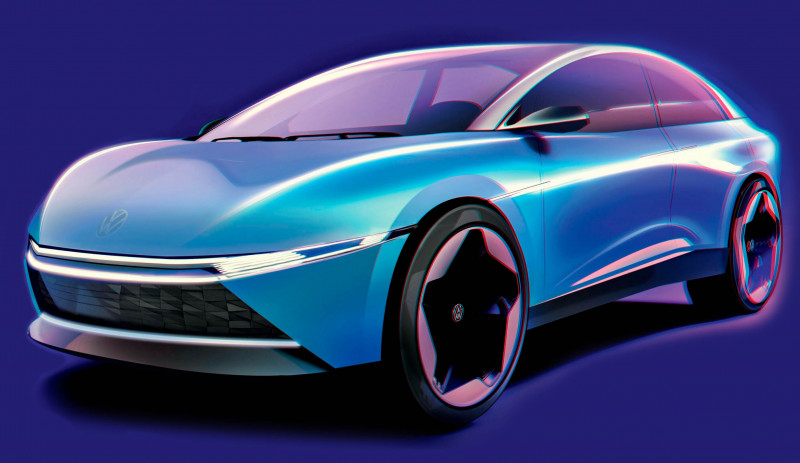 Volkswagen’s new electric saloon will offer the choice of either single-motor rear-wheel- drive or dual-motor four-wheel-drive options and, from the beginning of sales, standard 5G over-the-air software upgrades and level-two autonomous driving functionality. 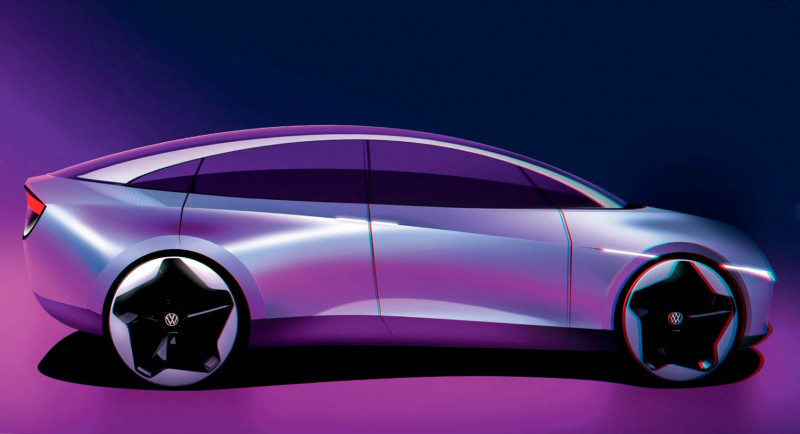 Volkswagen originally suggested the ID 4 saloon would feature level-four autonomous driving functionality. However, it now says it will be technically capable of supporting it, if and when it is made available to customers.

Under the New Auto strategy announced last year, Volkswagen has switched its focus to the electrification of its model range, with the goal of increasing the electric model share of its global sales to 25% in 2025. In 2021, the figure was 6%.

Further into the future, VW anticipates that electric models will take at least a 50% share of global sales by 2030 and an almost 100% share in all major markets by 2040. The ID 4 saloon is the first Volkswagen to be conceived under a new product development process that is aimed at significantly shortening the overall development time of its future models.

“We’re reducing development time by 25%,” said Thomas Ulbrich, Volkswagen’s head of research and development. “Projects will be completed in 40 months instead of the 54 months we have today.”

While existing new model development at Volkswagen has centred on individual engineering teams responsible for specific components of each car – often in different locations with outside suppliers and, in certain cases, without direct consultation with each other – the new process aims to promote a far more integrated and agile structure, Ulbrich revealed.

At the heart of the new development process, which is planned to be used for all upcoming ID models from 2026 onwards, is a new upgradable software architecture that goes under the name VW.OS. The new software, which is under development at the Volkswagen-owned Cariad software division, includes not only a proprietary operating system to be used by all Volkswagen models but also in-house-developed apps for various functions and services. Volkswagen says the proportion of in-house-developed software used in its new models is set to increase from under 10% today to more than 60% by 2025.

Many of the new processes being touted for the ID 4 were originally initiated by Audi for its similarly conceived Artemis project, which is planned to spawn a similarly advanced but larger electric model slated for production in 2025. The basis for the upcoming ID 4 saloon is Volkswagen’s new Scalable Systems Platform (SSP), a skateboard-style architecture that Volkswagen Group CEO Herbert Diess has said will replace the existing Modularer E-Antriebs-Baukasten (MEB) structure as well as both the J1 and Premium Platform Electric (PPE) architectures developed by the Volkswagen-owned Audi and Porsche brands.

“The next generation of our hardware platforms will allow us to reduce complexity over time as we will consolidate our existing platform to one architecture for the entire e-product portfolio, from entry level to top of the range, from 85kW [114bhp] to 850kW [1140bhp],” he said.

While the MEB platform used by all of Volkswagen’s existing ID-badged models uses a 400V electric architecture, the SSP will be able to support systems at up to 800V. This will enable the ID 4 saloon to be offered with a much higher charging capacity than the 135kW of the recently upgraded ID 4 SUV, and with it significantly faster charge times than those achieved today, providing a high-powered DC charging system is used.

Nothing is official, although insiders talk about a reduction in charging time by a “factor of three”. As a point of reference, the new ID 5 SUV is claimed to offer a 5-80% charge (enough for a claimed 242 miles) in 29 minutes.

Details of the battery technology to be adopted by the ID 4 saloon have yet to be revealed. Sources suggest it will use cobalt-free chemistry similar to the lithium iron phosphate (LFP) blade battery produced by Chinese car maker BYD. As with the existing ID models, the new Volkswagen is expected to be offered with batteries offering differing energy capacities and ranges. It is still early days, but Volkswagen says the most advanced ID model yet will offer a range of up to 435 miles on the European WLTP test cycle – a more than 20% increase on its existing electric models. It also says the ID 4 saloon will be capable of accelerating from 0-62mph in less than five seconds.

The ID 4 saloon takes full advantage of the SSP platform’s ability to package its battery completely within a flat floor, with cab-forward proportions aimed at providing generous interior accommodation.

With a length of around 4600mm, it is smaller than the upcoming production version of the ID Vizzion, which is said to stretch to around 4800mm in length, but will still offer seating for five as well as a large rear luggage compartment. By comparison, the Tesla Model 3 runs to 4694mm in length.

Production of the new Volkswagen is set to take place in a new £1.7 billion standalone factory in Wolfsburg. The plant will support a new modular construction process that will allow the ID 4 saloon to be assembled in less than 10 hours, according to Diess. 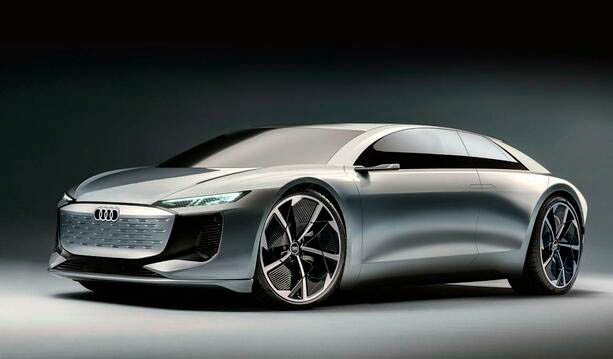 Audi will launch its own new electric saloon in 2025

A facelifted ID 4 SUV will be sold alongside the new ID 4 saloon.