Hugely important for Ford, the Mk1 was technologically advanced for its time. Here’s what to look for if you fancy a slice of 1950s motoring.

When it came to the design of the Ford Zephyr Six Mk1, the notion that bigger is better certainly shone through. Making its debut alongside the Consul in 1951, it was the first UK Ford to feature a six-cylinder engine and its front end was also 7 inches longer than that of its four-cylinder counterpart, the extra length needed to physically cover the sizeable 2262cc engine. 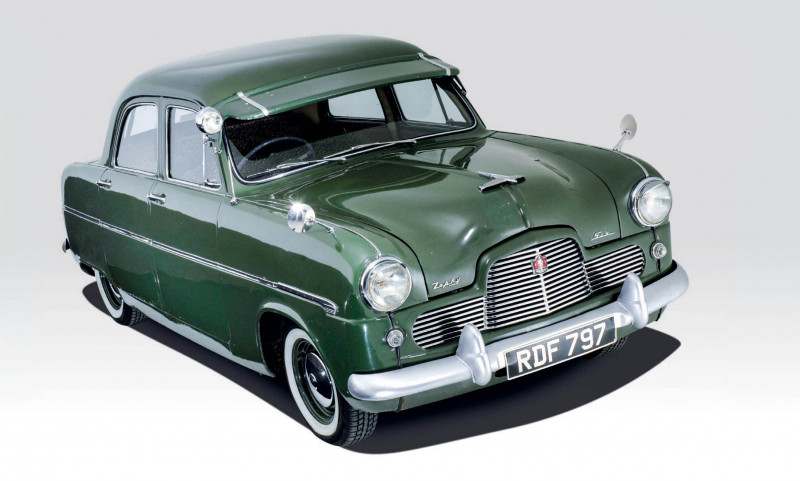 It was a big step for Ford UK, too. It was far removed from anything they’d previously built and, together with the Consul, it also represented its first attempt at monocoque construction. For customers, the company’s bravery translated into a great driving experience, with the overhead valve straight-six motor producing 68 bhp and 112 lb.ft torque from just 2000 rpm, making for effortless smooth progress.

Despite its size and considerable weight, the Zephyr Six tipping the scales at nearly 1200 kg, it handled surprisingly well. Together with its advanced construction, two new firsts of the use of 13 inch wheels and, most notably, the debut of the MacPherson strut front suspension that was the brainchild of American engineering Vice President, Earle Steele MacPherson, contributed to its impressive driving dynamics. 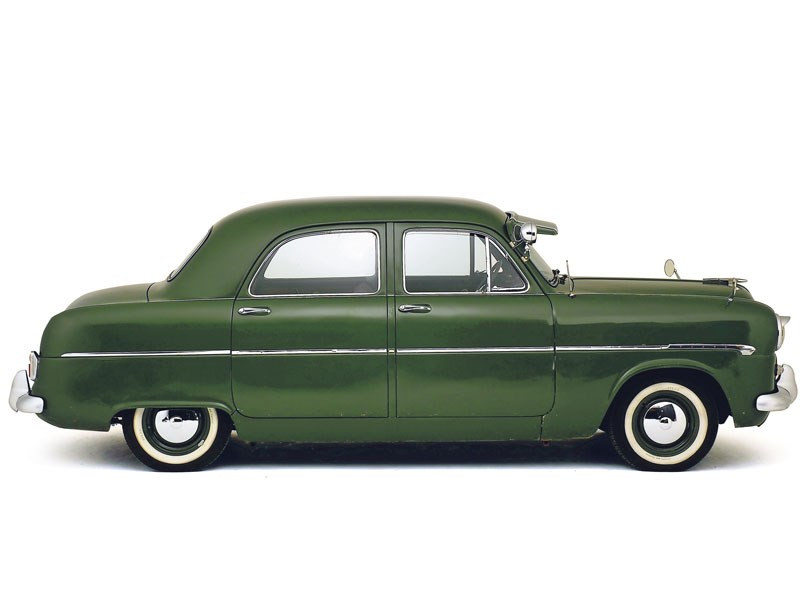 True to its upmarket, grown-up feel, the Zephyr Six complemented the refinement of its drivetrain and ride, with a welcoming interior that had the luxury of carpet and armrests on all four doors. The inside layout became even more comfortable and convenient in 1952, with a revised dashboard that now also had a full-width parcel shelf underneath. A lower front seat cushion was added at the same time, as was new badging, while in 1955 the axle ratio was raised slightly. 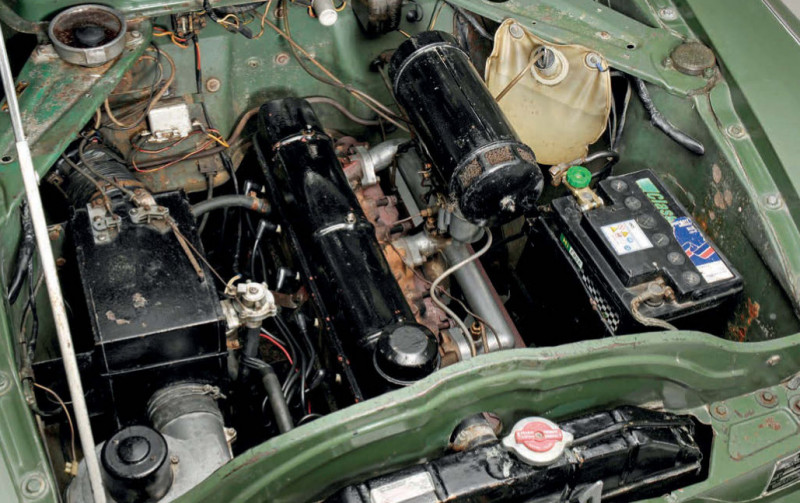 In February the following year though, the Zephyr Six was put out to grass and replaced by the Mk2 version, with nearly 149,000 sold during its five year production run.

More than 65 years later and survivors are unsurprisingly scarce, but those that are around are certainly worth hunting down. The six-cylinder motor means its more usable than many cars of its era and, when push comes to shove, its winning formula of comfort, value and power had a massive influence on what are now some of the most popular classic Fords. It might not be obvious, but without the Zephyr Six paving the way, then some of our favourite big V6-engined, rear-wheel drive classic Fords might never have existed.

The Zephyr’s 2262cc straight-six motor is simple and durable, but look for blue exhaust smoke and fuming from the oil filler cap, which are signs of a tired engine and that the oil control rings are heavily worn. A noisy, tapping top end is usually a sign of poor maintenance and listen also for any rattle from the timing chain. Rocker shafts can prematurely wear due to the seal for the oil feed pipe perishing. Cars that see very little use are prone to leaks from the rear crankshaft seal. 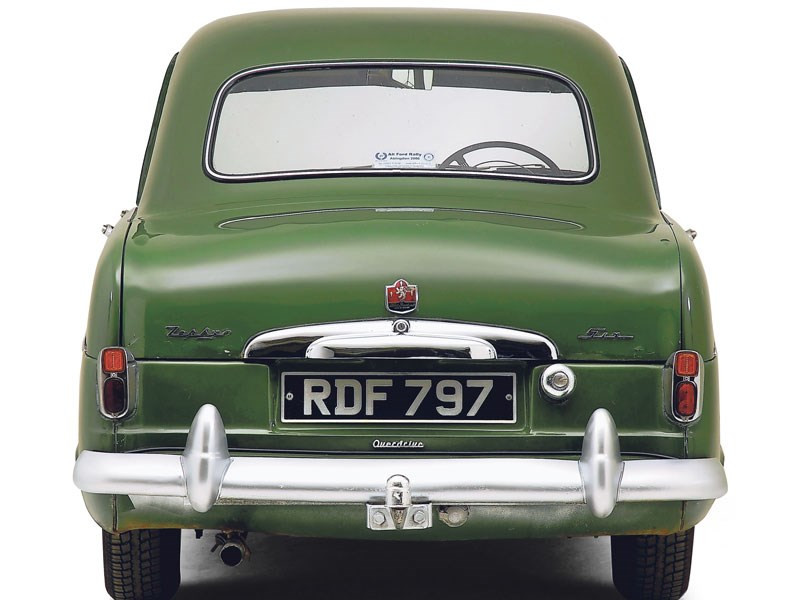 The gearbox isn’t the strongest and a vital check is to ensure that in second gear and on the overrun it doesn’t drop into neutral. This means that the snap ring on the mainshaft is broken and a complete rebuild is required. The linkages can seize too, so ensure that it shifts up and down without issue. A lot of noise points to a worn layshaft. If fitted, check the Laycock or Borg Warner overdrive for smoothness of engagement. The differential is reliable, but it’s not unusual for the pinion and the halfshaft seals to weep oil.

A thorough clean of the earths and contacts usually rectifies most issues with the 12-volt electrics. A faulty voltage regulator box is the common cause of any charging problems, with readily available replacements costing the right side of £40.

“THE MK1 WAS FAR REMOVED FROM ANYTHING FORD PREVIOUSLY BUILT”

Many cars will already have been restored, but it’s still worth inspecting all the usual areas for corrosion, particularly the hidden areas. Check where the bumper irons tie into the chassis, the chassis legs, bottom of the A-posts, strut tower, sills, rear valance where it links into the crossmember and where the jacking points attach to the outriggers. Where the chassis legs run over the axle and come down to meet the boot floor can be a major rust spot, although the spring hangers and floor are quite resilient to rot. Rust in the inner rear wings is also a big problem. More visible rust is likely in the door bottoms, back edges of the bootlid and bonnet, around the grille and the wings, particularly at the bottom and around the headlights. Some repair sections are available, but complete new and NOS panels are scarce. 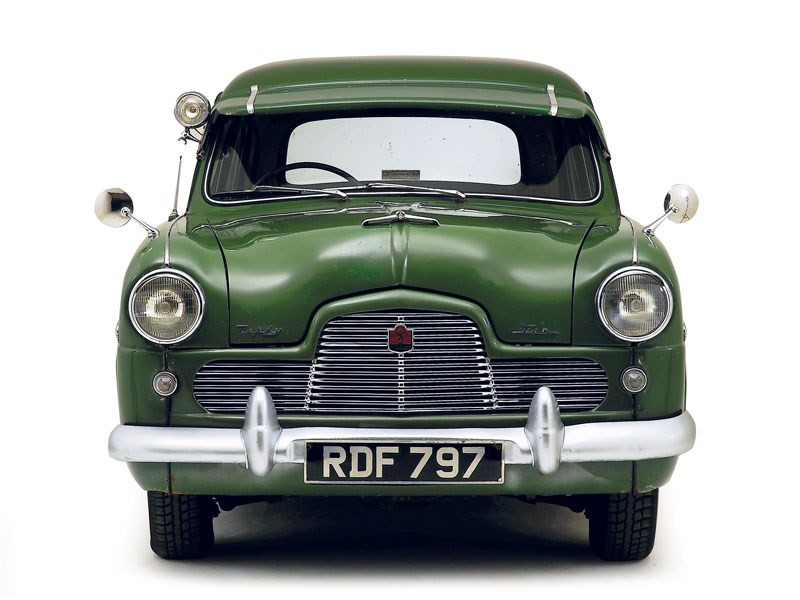 The vinyl seat covering tends to hold up better than leather, the latter becoming hard and brittle over time and popping the stitching. When the seat covering does start to wear it’s usually near the knee roll. It’s near impossible to find good second-hand replacements, especially as there were several variations, but quality remanufactured vinyl seat coverings are available. In fact, it’s possible to replace nearly all the interior trim with new, including the often stained headlining, but be aware that revitalising a trashed cabin can cost thousands of pounds just in materials. Carefully inspect the steering wheel too, as any broken or cracked spokes point to it being subject to a lot of stress, such as that experienced in an accident. Water ingress can be a problem, so feel the carpets for dampness. 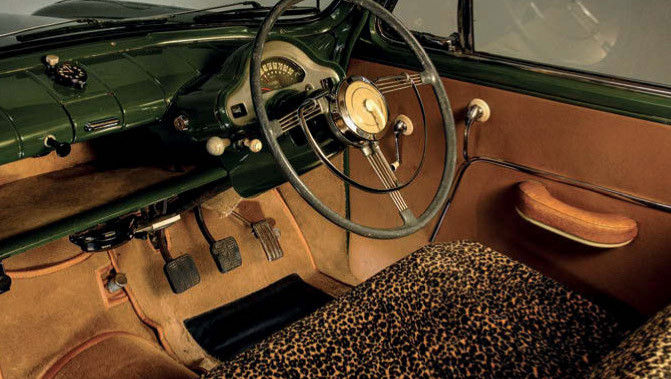 Drums can go oval over time and wheel cylinders can leak. However, the adjusters rarely seize, and the handbrake is also generally reliable. A soft brake pedal can be a pain to rectify though, as the system is very hard to bleed because of the complex master cylinder design.

The biggest concern is the condition of the front struts. It’s a wet lined leg so there’s little room for repair, although if the piston is okay, it can be resealed and re-oiled. Front strut top mount bearings are prone to seizing, resulting in the coil spring making a “twanging” noise when steering. Replacements are hard to find. Stiff steering is also a sign they’ve seized, while tight spots point to the steering box having already been overtightened to adjust out any wear.

Price: £14,950 ono On sale at: www.carandclassic.co.uk For: Ready to use, excellent interior and boot area Against: Non-original colour might upset the purists This September 1955-registered Zephyr Six is an older restoration and is still said to present very well, the car having receiving a lot of attention since the 1980s. Described as “driving beautifully, it has previously had the suspension and brakes overhauled, while inside it has been subject to a £2,500 retrim which even extends to the boot. Originally Dorchester Grey, the Zephyr sports two-tone paintwork in-keeping with the interior and although MoT exempt, is tested until May 2023.

ford zephyr six mk1ford zephyrford
—
79
Write a comment
No comments yet. Be the first to add a comment!