How General Motors’ performance linchpin was spared the indignity of losing drive to the rear.

Since the late 1960s, the pony car had been a mainstay of American car culture, built to a simple formula of driven wheels at the rear and a hearty engine at the front, preferably a V8. Yet, amazingly, during the 1980s both Ford and GM drew up plans to delete the V8s from their pony car mainstays, the Mustang and the Camaro, and make them front-wheel drive. 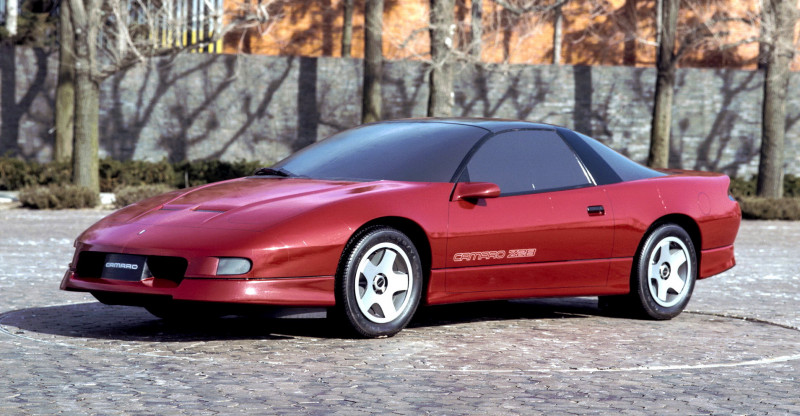 Ford’s effort was a joint venture with Mazda, codenamed ST16, and when details of it leaked there was such a stink that the old rear-drive Mustang was quickly taken off death row and given a budget-conscious makeover that would keep it going well into the ’90s. The controversial FWD project was rebadged to sit alongside the Stang and went on sale in 1988 as the Ford Probe. At least Ford’s front-drive pony car project made it on sale, albeit repositioned as a Toyota Celica rival. GM’s effort wasn’t quite so lucky.

Conceived at the dawn of the ’80s, project GM-80 saw the future of the Camaro (and its sister car, the Pontiac Firebird) as smaller, lighter and driven by its lead set of wheels. On paper this made a lot of sense, since most other GM cars were moving to FWD. Pulling the pony cars into line would bring sensible economies of scale for powertrains, in this case two new four-valve-per cylinder units in development at the time: a 2.3-litre 16-valve four and a 3.4-litre 24-valve V6. 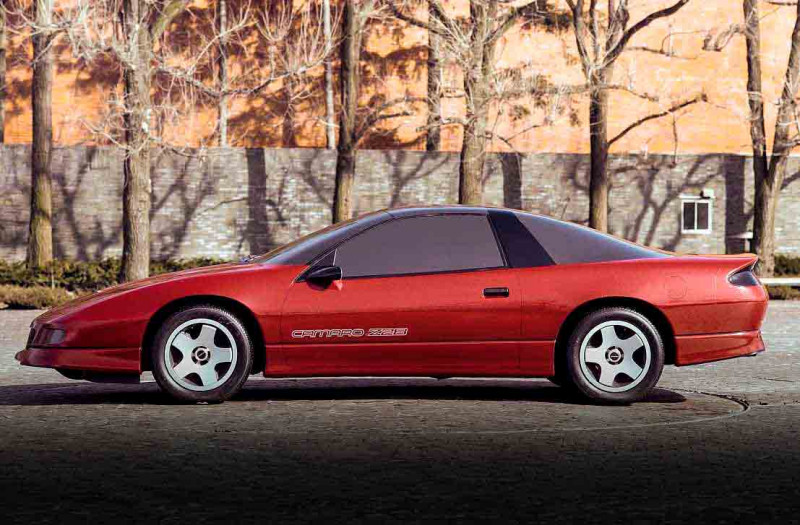 Rather than base the new Camaro on some lukewarm sedan chassis, however, engineers considered an all-aluminium shell before settling on a different but no less radical steel understructure clothed in plastic panels. This skinning technique had various advantages: it would be simpler to tool up, it would be easier to facelift, and it wouldn’t rot. Happy times for the manufacturing, marketing and warranty departments. Plus, GM was already working on an unusual mid-engined, two-seater ‘commuter car’ built in the same way, which launched in 1984 as the Pontiac Fiero. GM-80 could be assembled alongside the Fiero in a factory already equipped to make plastic-over-steel-frame cars. By the time running prototypes were papped at GM proving grounds in the mid-’80s, the project wasn’t going well. The first problem was that, plastic panels or not, the car had become wildly overweight and, without the raw-meat torque of a V8 to punt it along, its performance was weak. Worse yet, the Detroit rumour mill said that GM-80 had flunked its first crash tests and was going to need some expensive reengineering to have any hope of becoming saleable.

In the summer of 1985 General Motors warned suppliers that the front-drive pony car project was temporarily on hold. In October 1986 GM chairman Roger B Smith admitted to the Detroit News that the hold was, in fact, not temporary at all. ‘The GM-80 right now is gone,’ he confirmed, adding that the project had gone ‘beyond the cost barrier’. In other words, by attempting to scale up its plastic body technology and install fancy new engines, GM had added hugely to the unit price of its future pony car, forgetting that the Camaro had always been simple as scissors and about as costly to make. Asking American buyers to accept a front-drive pony would be tricky enough; making them pay a load more for it would be beyond the pale.

Despite spending a rumoured one billion dollars on the project, General Motors saw sense and sent all the prototypes to the scrapyard. But work on GM-80 wasn’t entirely in vain because some of the design ideas in its smooth aero style were adapted and stretched over the existing F-body platform, now featuring selective use of glassfibre in its skin, and launched as the fourth-generation Camaro of 1993. Instead of adventurous body engineering and a sophisticated double-overhead-cam engine, it came with two features pony car customers seemed to want all along; a V8 and rear-wheel drive.