With Jaguar producing some of the most beautiful cars in the world, it takes real courage to change them and few have been done so for the better. It’s for this reason why I’ve always been fascinated by modified Jaguars, especially those done in period, covering plenty in Jaguar World over the years.

From a one-off XK150 estate — universally known as the ‘Tow Car’ due to its former role of pulling a trailer with the famous ERA racing car, Remus, onboard — to an Avon-Stevens XJ12 Coupe convertible, they were all very different. But what they had in common was a fascinating story.

One of the most interesting and prettiest is also the one that has so far eluded me; an E-type with a distinctive Michelotti-designed body that was originally fitted to a D-type. 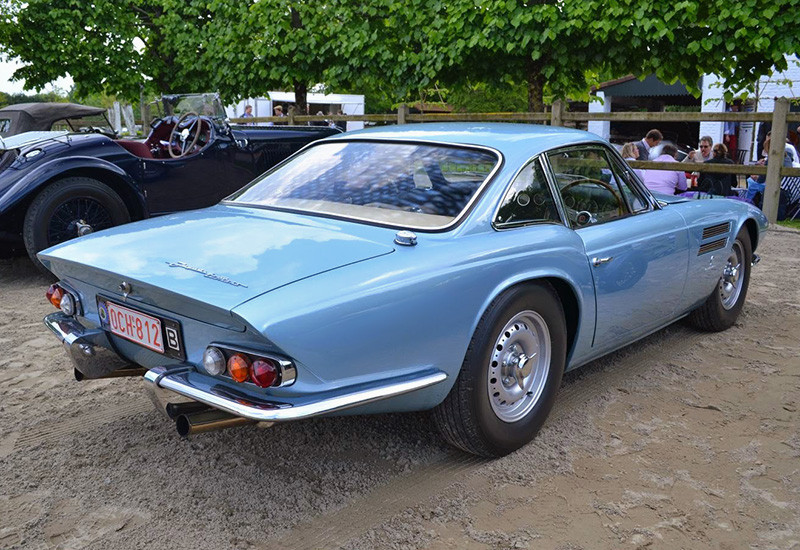 In 1957 a Belgian industrial diamond dealer, Jean-Marie Brussin, bought XKD 513 from the Paris-based Jaguar dealer, Charles Delacroix. After the car had been prepared at Browns Lane (including a shakedown by legendary test driver, Norman Dewis) Brussin entered that year’s 24-hours of Le Mans when he was partnered by a local driver, Jean Lucas. In a Jaguar clean-sweep, the pair finished a fine third behind the two metallic blue D-types of Ecurie Ecosse and ahead of Ecurie Nationale Belge‘s similar car in fourth. Brussin took part in the following year’s race when his D-type was again prepared by Jaguar which included replacing the 3.4-litre XK unit by a 3.0-litre version to meet new regulations. Co-driven this time by the wealthy French-Moroccan driver, Andre Guelfi, disaster struck at 11pmwhen Brussin crashed heavily at the fast Tetre Rouge section, dying instantly after been thrown from the car.

Following an investigation by the French authorities, the remains of 513were kept in storage at Browns Lane until 1960 when it was bought by the Italian designer, Giovanni Michelotti. After recently opening his own studio, the Italian wanted a car he could create something special on to drum up publicity. This wasn’t the first time Michelotti had redesigned a Jaguar having done so to an XK140 in 1955.

Despite the D-type looking a mess and missing its aluminium body, the chassis remained intact and Michelotti created a sleek, good-looking coupe which won a top award for design following its debut at the 1963 Geneva Salon. Painted in light blue, other than its familiar Dunlop wheels, it had no relation to the car it was based on, being more reminiscent of Michelotti’s previous work for Triumph, the one-off Zest and Fury concepts especially.

For the next few years Michelotti used the car as his personal transport around his native Turin but the competition-tuned engine together with the long Le Mans rear axle meant it wasn’t practical for the city. Sometime in the late Sixties the rebodied D-type was sold to Richard Carter from the USA where it was used for display purposes in his native Georgia to raise money for a local church. In the early Seventiesa British enthusiast, Andrew Gortway, tracked the car down to the American Deep South and after convincing Carter to sell, shipped it back to the UK when the hand-made body was removed and Lynx Engineering put the D-type back to its original short nose specification which it remains in.

The Michelotti-designed body and interior were then bought by another car collector, Bill Lake, who also commissioned Lynx to rebuild it using the remains of a crashed E-type 4.2. Now red, it was later purchased by the famed French collector of unusual Jaguars, Roland Urban, who later passed it onto a Belgian, Lucas Laureys, who commissioned XK Engineering to make the car closer to how it would have looked at the 1963 Geneva show. The colour was changed to its original shade of light blue plus a Mk 2-sourced dash Lake had fitted was replaced for something closer to Michelotti’s original.

There are pictures all over the internet showing the car at recent concours events in this specification so I know it’s still around but despite endless research, I’ve never managed to track it down. Having talked to a British specialist years ago who previously worked on the car, I think it’s in mainland Europe, potentially Switzerland, but I don’t know for sure.

Yet it’s still a fascinating story and one of those rare occasions when the changes made to a Jaguar really were for the better.