The Jaguar S-TYPE that never was? That’ll be the 1999 Daewoo Leganza

I make no secret of the fact that I’m a complete nerd when it comes to obscure cars and motoring might have- beens, but on a recent visit to London I was stopped in my tracks by a car I’d not seen in months, if not years.

The car in question was a 1999 Daewoo Leganza, so why are you reading about it in Jaguar World, you might ask?

Well, the answer is this. Back in 1990, just before Ford took control of Jaguar, the company’s bosses were very keen to drive home the message that it was looking to grow and diversify its model portfolio, so it approached a few styling houses asking for their interpretation of what a Jaguar for the 1990s should look like. 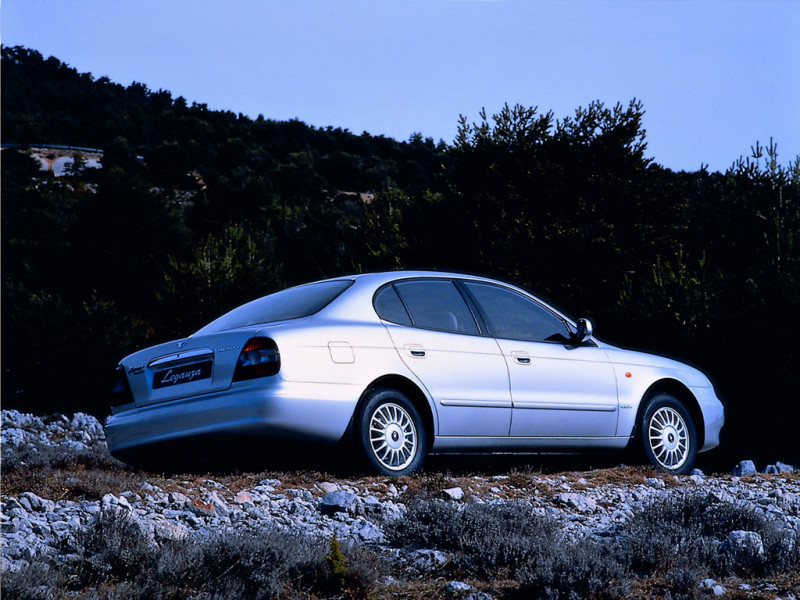 The one that got closest to reality was ItalDesign’s ‘Jaguar Kensington’, which was showcased to the world as a concept car at the 1990 Geneva Motor Show on the ItalDesign stand. Technologically advanced and with self-opening doors, it was – in many ways – as far-out as a concept car could be but despite that, the styling, proportions and traditional rear-drive layout showed a level of potential manufacturing intent. The finish, too, had a production-ready feel.

Indeed, Browns Lane supported the design house’s initiative fully. The scope and breadth a new range of cars might bring was core to the independent Jaguar Cars Ltd company’s hopes of securing external investment, and John Egan and his cohorts were courting both General Motors and Ford Motor Company as potential buyers. The Kensington concept showed Jaguar was capable of forward thinking and not just resting on the laurels of its prestigious past.

The Kensington was initially planned to be a large car of XJ proportions, so the concept was shown with a 5.3-litre V12 under the bonnet. But that was more for ego reasons, as it was proposed as being entirely scalable, from the size of a Ford Sierra upwards.

Then, in November 1990, Ford acquired Jaguar and all R&D and design work was taken in-house. ItalDesign was paid for its consultancy, but the rights to the Kensington were left with the Italian company as Jaguar had no intent to ever evolve it into any form of production car. And that, perhaps, should have been the end of the story.

Indeed, it almost was, but in 1995 the Daewoo Motor Company of South Korea decided it wanted to have a crack at Europe, and all it had in its armoury was a brace of cars based on ancient Vauxhall- Opel designs – the Nexia and Espero being based on the Mk2 Astra and Mk2 Cavalier respectively. To really break the European market, it needed some bespoke designs, but with limited resources the option of off-the-shelf styling was hard to ignore, especially when someone else had already paid for it.

Daewoo approached both ItalDesign and Pininfarina and asked them what they might have in the archives, and the former came to the party with the stillborn Kensington – a car that could be scaled down from its original size and developed for production relatively easily. The idea of a budget executive model appealed to Daewoo’s leadership and a deal was struck for the Kensington project to be evolved into a front-wheel-drive Mondeo-sized Daewoo salon car. It would use tried and tested four-cylinder powertrains, and although the interior shape and form would be similar to the Kensington it would be nowhere near as lavish. It debuted in 1997 and the world’s automotive media were nonplussed, more because it was dreary to drive rather than ungainly to look at. Indeed, you can still see the profile of the Kensington clearly, and while the front end was restyled (badly) by Daewoo, the rear styling is almost identical to ItalDesign’s original.

In the event, then, the ‘Jaguar for the 1990s’ ended up being sold through Halfords stores, trimmed in cheap and nasty leather and with a shiny plastic dashboard. But those sinewy lines were still there. Imagine, for a moment, if Jaguar had been blessed with the resources to launch an S-TYPE much sooner, and what this unassuming Korean saloon car might otherwise have become.