One of the most original W100 600s we’ve ever seen recently found a new home in Poland.We catch up with the car’s proud owner as he nears the end of his restoration mission.

The mighty 600, an absolute behemoth of a vehicle, was in it’s time the most luxurious and expensive car in the world. Nothing else like it graced the road and against Mercedes’ flagship limousine not even Rolls-Royce or Bentley could compete in terms of technical sophistication. With such levels of prestige, it was the favourite ride of both the world’s top diplomats and also its worst despots.

Usually, a large car collection is built up over years, one cherished addition at a time. Rafał Sobczak, from the small central Polish town of Leszno, has always loved great cars and a Porsche 911 GT3 and BMW M4 are among his daily drivers but, as his daughter Monika explains, what he always wanted was a Porsche 356. His search for a perfect and well-priced example coincided with panic and confusion at the outbreak of the Covid pandemic. No one knew for sure what was going to happen to the volatile financial markets and, with the possibility of another 2008 stock market crash, Rafał decided it would be safer to invest his money in metal. Lots of metal.

Due to the 600’s sheer weight, it has model-specific dual calipers on the front wheels 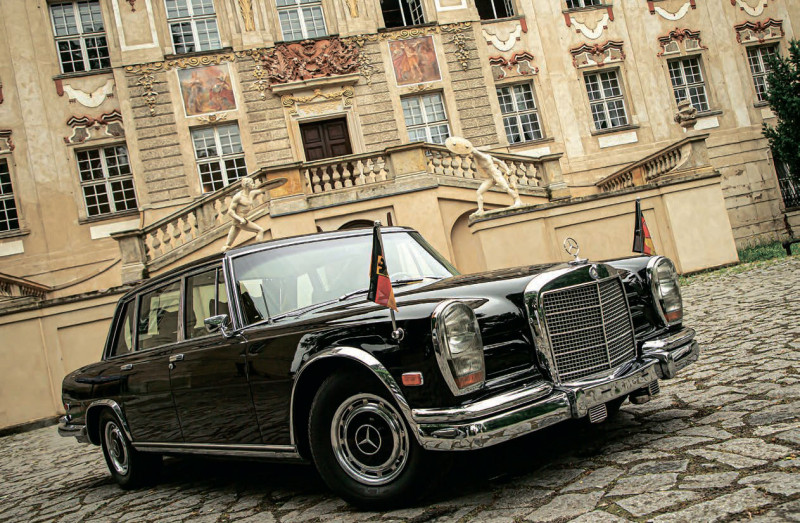 Purchased for a highly agreeable price, as soon as Rafał had the Grosser in his workshop, he saw what a special and incredibly well-built car it is, which goes some way to explaining why it’s the first car in his suddenly massive collection restored to near-perfect condition. 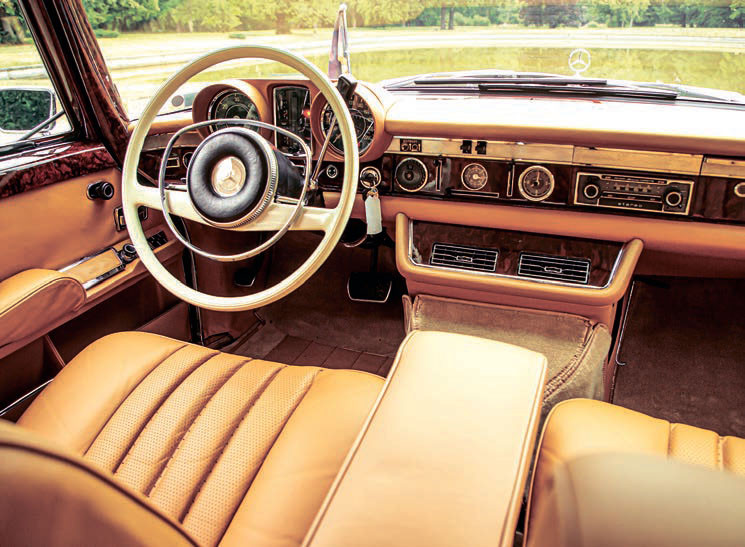 This particular W100 enjoyed a long life carrying the German ambassador for Switzerland, no doubt blasting Zurich’s road users out of the way with its still-attached and ear-splitting siren. No official record of its 20 years of diplomatic life exists, however; its recorded history begins in 1992 when the embassy sold it off for something a bit more modern with a mere 28,700km (17,800 miles) on the clock.

Between 1992 and 1997, the 600 was owned by a Swiss collector who probably never drove it and for the next 15 years it was on display in a Swiss Mercedes-Benz showroom. In 2012, it was bought by a Polish collector who also never drove it, and this is who Rafał bought it from. Although Rafał buys cars as investments, he likes to enjoy cars as their manufacturers intended – on the road.

The first thing to do was give the Grosser a much-needed service (one of the oil filters had the date ‘1991’ on it!). A full belts, oil and filter service was done on the big M100 6.3 V8 but that was all they had to do. Fortunately, the complicated and incredibly expensive hydraulic system, which operates the suspension, windows, seats, closing doors, bootlid and sunroof, seemed to be in good condition, which was a relief. A braking system fault was caused by perished piston cap rubbers, although finding replacements was tricky.

Due to the 600’s sheer weight, it has model-specific dual calipers on the front wheels with a pneumatic pressure intensifier to boost braking pressure. Out of production for over 40 years and with less than 3,000 models made, Mercedes doesn’t allocate any shelf space in its classic parts department for this item. Brembo, the maker of the brakes, couldn’t supply the parts either, so Rafał had to wait more than six months for Mercedes to produce a new set.

Following years chauffeuring diplomats, the leather interior was a little grubby in certain places. It had obviously been well looked after and maintained as there was no signs of wear, never mind damage, but because Rafał wanted the car to be as good as new, he sent it to Car Bone in Lodz. There, every single item that could be unbolted or unscrewed was removed, cleaned and tested. The team found a few small leaks in the hydraulic seat adjusting mechanisms, though. The system operates at an incredible 2,176psi (150bar), so any less than perfect connections could turn into a serious issue.

There is no company in Poland specialising in such work, so the mechanisms were sent to Germany for refurbishment. “The parts have to be accurate to fractions of millimetres. It’s like a mini engine,” Monika explains.

Before everything was reinstalled, Rafał felt the leather was a little lighter than it should be, and so after finding the correct Mercedes tone he had everything dyed a little darker to match the factory shade. From being displayed in the Mercedes-Benz showroom for so long, the paintwork had a fair few little scratches and chips where people had knocked into it. Once all this was rectified, the 600 had consumed around 500 hours of effort. The one single imperfection that remains is a mark in the paint on the bootlid where a radio aerial was bolted through. This would have been done by the embassy so that in the times before mobile phones they could communicate via CB radio. It would cost some original paint to fix this, so Rafał will be leaving it as it is. The final job is fitting new gaskets for the air suspension, as the originals are over 50 years old. After that, Rafał will be taking his family out for sedate summer afternoon drives around the local Polish countryside – and in some style!

All figures from Mercedes-Benz; fuel consumption determined at 3/4 of top speed (110km/h, 68mph) plus 10 per cent

W100 600 restoration Rafał decided it would be safer to invest his money in metal – lots of metal.