Russia has deservedly been at the receiving end of some genuinely awful press over the last few months. However, if there’s one thing we should definitely stop blaming Russia for, it’s the Alfasud’s now legendary proclivity for terminal rust.

Popular lore would have you believe that Alfasuds somehow ended up being made out of inferior-quality steel sourced from behind the Iron Curtain; a story that, with a few variations, has found its way pretty much everywhere – even though there’s a distinct lack of solid evidence for this. 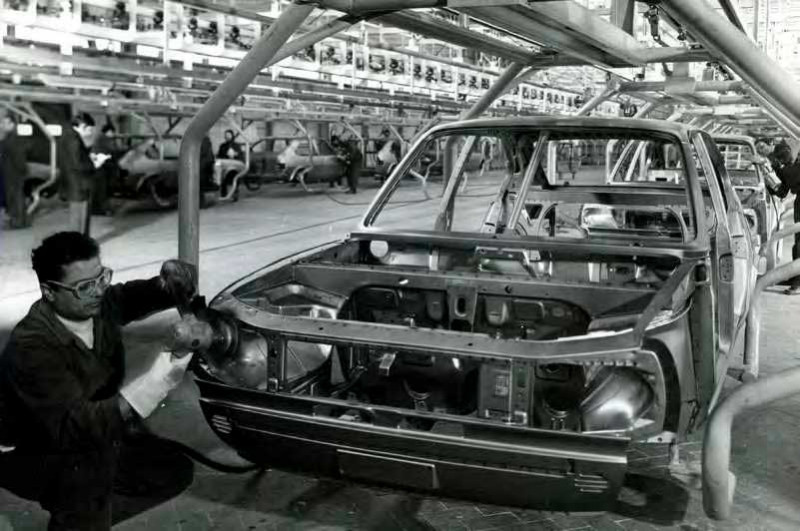 In fact, the sheet metal used in the Pomigliano d’Arco factory was the same as Alfa Romeo used to make Giulias at Arese. It all came from the massive steel mills in Taranto inaugurated in 1965, which by 1970 accounted for about 40% of the total output of Italsider, the state-owned entity that controlled most of the country’s steel production.

Moreover, the products used during the painting process at the Alfasud factory were the same as those in Milan, while the ovens and paint booths of the Pomigliano site (inaugurated in October of 1971) were newer than those at Arese, where production had started back in 1963 with the Giulia GT.

That’s why the root cause of the Alfasud’s premature corrosion issues initially proved elusive and, by the mid-tolate 1970s, rust had severely compromised the reputation of not only the Alfasud but Alfa Romeos in general. Banishing the rust demon was essential to Alfa’s reputation, so in 1977 a team of engineers, headed by Achille Moroni, conducted a thorough investigation of the quality of the products and processes, and how the various phases of production were carried out.

In an interview released in 2010, Moroni recalled having found significant discrepancies in the electrophoresis baths at the Pomigliano factory, the result of an inexperienced workforce and insufficient oversight. On top of that, disruptions to the flow of production caused by frequent mini-strikes meant that semi-painted bodies were left in ovens where large amounts of condensation gathered, triggering the formation of rust.

The findings of Moroni’s team led to an overhaul of Alfasud production that coincided with the launch of the revised ‘Series 2’ Alfasud in December 1977. Parts of the bodyshell were now made from ‘Zincrometal’ steel (steel coated with a primer consisting of a solution of chromium, zinc and an organic bonding resin, baked at 160°C), with polyurethane foam injected in the boxed sections, and plastic sealants applied on junctions.

Even so, it would take a few more years of improved processes and better industrial relations for rust to cease being a problem. The sheer fact that I’m writing this piece a full five decades after the Alfasud’s launch shows the extent of the damage it did to Alfa Romeo’s image, especially outside Italy. It’s unclear where the Russian steel narrative originated, but it shows how the spread of pervasive, persistent misinformation is an issue much older than we think.