IS IT THE END OF AN ERA?

Normally we would have been reporting from one of the biggest motor shows in the world in this issue, but the dominance of the Frankfurt motor show came crashing down at the beginning of last year. The association that puts on the show looked to shake up the formula and instead announced that it had bids from several other German cities, including Berlin, Cologne, Hamburg, Hannover, Munich and Stuttgart, as well as Frankfurt. Eventually the announcement came that it would be Munich that would be hosting the 2021 show, dubbed IAA Mobility.

With falling visitor numbers and a general move away from car ownership towards mobility solutions, it was inevitable that the traditional motor show needed to evolve. Factor in the challenges of Covid-19 and it perhaps explains why so few car makers participated. The German brands supported the event, but rival groups like Stellantis were conspicuous by their absence. In all, Audi, BMW, Cupra, Dacia, Ford, Hyundai, Kia, Mercedes-Benz, MINI, Polestar, Porsche, Renault, SEAT, smart and Volkswagen made an appearance, putting on a good show. And there were new brands to take a look at, including GMW ORA, an all-electric off-shoot from the Chinese manufacturer Great Wall. Rather than being constrained entirely to exhibition halls, the 700-odd participating companies were dotted all around the city of Munich, with visitors able to drive around 250 different electric and hydrogen fuel-cell vehicles for themselves, along what the organisers called the ‘Blue Lane’. The show was opened by Chancellor Angela Merkel, a sign that the organisers had brought in the big guns in an attempt to make it a success.

And was it? Visitors to the press day said that the exhibitors were spread out too far around the city for it to be realistic to see everything. Once you’ve factored in interviews and other meet and greets, the traditional zig-zagging from one end of the Frankfurt motor show to the other, the kind of day that most motoring hacks were used to, became unfeasible in this new format. But maybe we should eschew from our minds that this is a traditional motor show and instead think of it as a showcase of new technology, mobility solutions, autonomous vehicles, and connectivity.

The organisers are reporting visitor numbers of 400,000 to IAA Mobility, a figure that is down from the 560,000 that attended the final Frankfurt show in 2019, and less than half the 810,000 visitors to the 2017 German expo. With Covid still an uphill battle, it is perhaps surprising and heart-warming that the show happened at all, and in a year of normality, perhaps the Munich event would have exceeded its Frankfurt predecessor. We will be looking on with interest to see how the 2023 IAA Mobility event evolves.

Sometimes they give me PPC’s Top Ten to read when I’ve finished getting myself into a lather but before it’s time for the towel. I looked at this month’s selection of FWD Sports Cars and really fancied a Toyota Sera – it’s a bit of a girl’s car, but a cool girl’s car. Butterfly doors, glass roof, nice steering and all that, but not much poke. So I borrowed Will’s waterproof iPad and once I’d closed all the porn sites I googled what you could do to a Sera. Turns out they have pretty cool 5E engines with upstairs camshafts and sixteen valves, so just 108bhp as standard is a bit of a let down. But they also have flat-topped pistons in hemi-style combustion chambers, so Toyota used an extra-thin head gasket to keep the compression ratio up. Next step seems obvious: fat head gasket, add a turbo, 50% power hike easy as pie. Then I could razz about dressed up as an Animé schoolgirl without getting burned off by people carriers. With so many new models emerging from VW these days, seemingly on a weekly basis, it’s hard to know what we decipher as ‘new-wave’ cars any more. I guess where this magazine is concerned, the Mk6/7 platforms still fall under that banner. And up until recently, the majority of tuned examples tended to follow a similar route; uprated wheels, suspension, stage 1 map, induction kit and perhaps an aftermarket exhaust. Easy, but a bit boring. We get why this usually happens, because that handful of simple mods can totally transform these cars. This is great for the end user, but as a magazine we still believe you guys like to read stories about the unique and extreme builds, rather than something you can see in the car park at your local supermarket.

Thankfully, over the past 12 months, people seem to be taking these ‘new wave’ cars to the extremes, and this month’s cover car is the perfect example. A couple of decades back, 550bhp VWs didn’t really exist and even ten years ago, cars with that sort of power were unreliable and only really found on drag strips. Matt Thornton’s 550bhp Mk6 R, however, starts on the button and could be used daily, should he wish to do so. While the spec list might be mighty comprehensive, due to a well chosen selection of modern aftermarket parts, the car is both practical and reliable, while being a totally animal, should Matt chose to jump on the loud pedal. There are exciting times ahead…

And don’t worry, those more into the old-skool stuff need not fret. We’ve got a pair of stunning Mk2s and a BAM 1.8T Mk1 to mix things up! Enjoy… 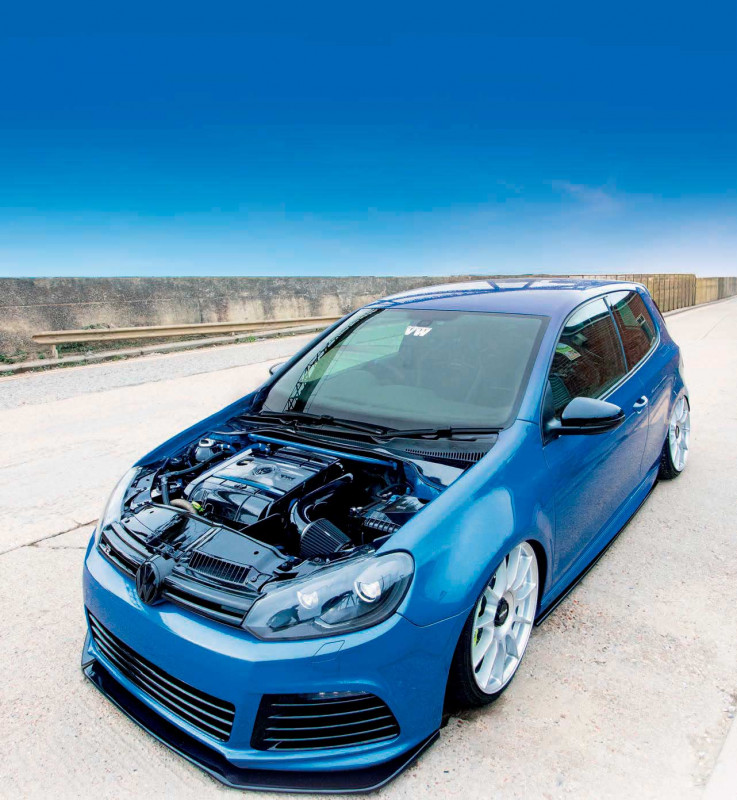