Range Rover’s latest iteration promises to be the most opulent and refined example yet, making it one of the more significant new car launches of the year, and certainly the biggest for a new SUV.

Return of the SUV KING

The original Land Rover Range Rover was the first-ever luxury off-road SUV when it began life 52 years ago. This new model aims to continue to raise the bar in terms of comfort and performance for true 4x4s. The BMW X7 G07, Mercedes-Benz GLS X167 and Lexus LX are just a few of its rivals. The top of the Range Rover market is also targeted by the Aston Martin DBX, Bentley Bentayga and Rolls-Royce Cullinan. Facing stiff competition on all sides, the Rangie doesn’t follow the crowd and attempts to do it all with power, luxury, off-road capability and an elegant new design both inside and out. 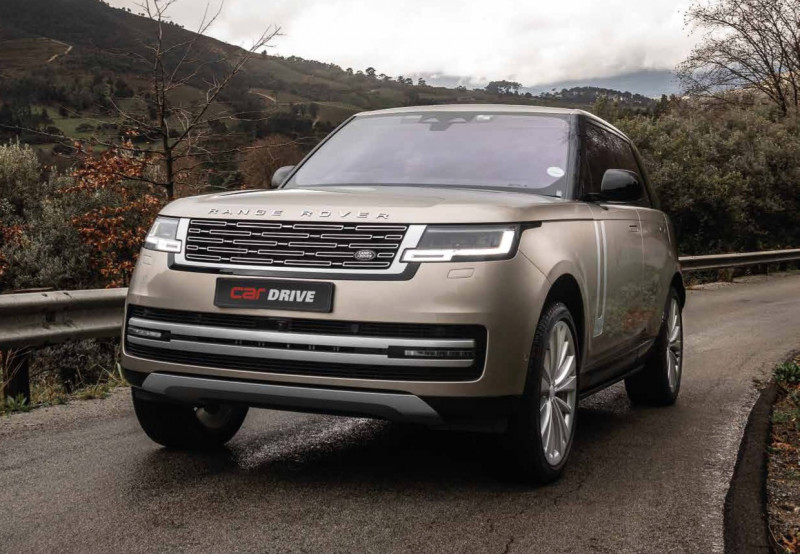 It may not look like it up front, but the fifth-generation Range Rover is completely new.

It adopts the brand’s well-known profile and removes a lot of unnecessary design details to create a minimalist aesthetic appearing to have been carved from an aluminium billet. It is as exquisite as always, sporting crease-free surfaces and precise panel gaps. The previous bling chrome trim has also been removed. Given the success of the previous L405 Range Rover, it is no surprise much about the new car feels familiar. The front-end design is clearly linked, although the new L460 gets narrower headlights thanks to LED projector technology. The side-on profile is similar, demonstrating a lengthy rear overhang, vents reaching into the front wings and a gently falling glass line. 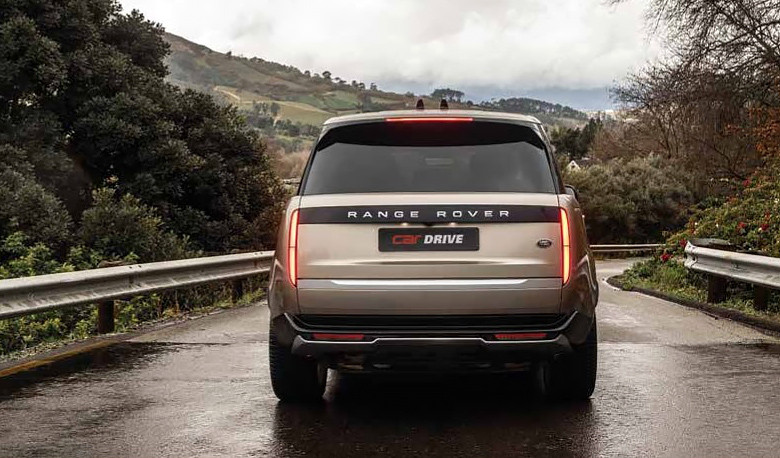 The grille is high and flanked by largely rectangular headlights up front, giving the nose a similar appearance to the previous model’s. The lower air intake, on the other hand, is now a horizontal cut-out, which is straight and has a central insert housing the fog lights. The grille mesh pattern has changed, too. The rear features a blacked-out taillamp design and horizontal and vertical parts. The body tapers after the rear wheels, making the SUV seem smaller than it is.

Step inside using the electronically operated side steps, which elegantly sweep out from underneath the vehicle, and there’s just no denying it has a stunningly opulent interior. The cabin seems to be lined in high-quality leather from floor to ceiling – some trim options also offer a vegan-friendly leather-free interior – and the matte wood trim is beautifully finished. You receive Jaguar Land Rover’s latest 13,1-inch infotainment system, which is by default user-friendly and operated via large icons. The secondary bottom touch panel, used before for heating and ventilation controls, has been removed. In its place are physical rotary controls. The digital driver’s gauge cluster is sleek and much simpler to set up than earlier JLR configurations. 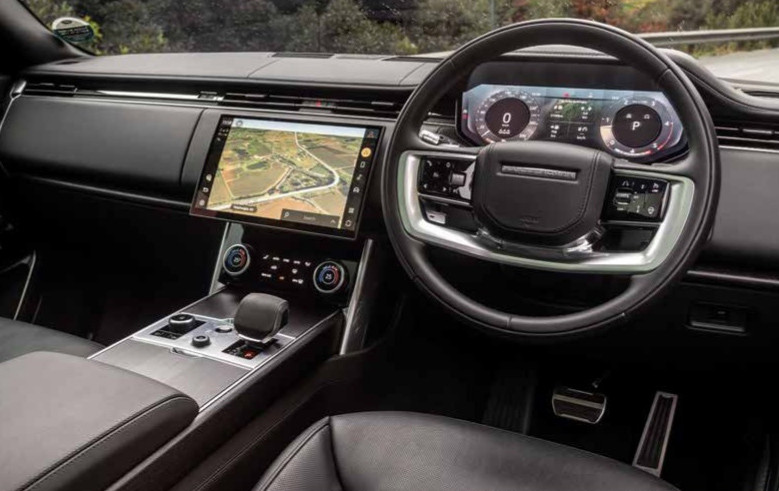 Significantly, the commanding driving position, which has helped sell a lot of Range Rovers in the past, remains. Although the B-pillars are rather thick and are potential blind spots when pulling out at a junction, the view is superb thanks to the acres of glass on all sides. Even with the seat jacked down to the lowest setting, you can still see the entire bonnet corner to corner stretching out ahead. As JLR’s flagship model, its rear seat configurations are just as well appointed as those found in large luxury sedans. Although the Jaguar XJ is no longer available, the Range Rover more than makes up for the executive limousine experience.

We drove both the potent 390 kW petrol V8 and torquey 700 N.m diesel Ingenium six-cylinder. The latter has plenty of low-down grunt, with maximum twisting force coming in at just 1 500 r/min. When the mood strikes, you can accelerate quickly and easily thanks to its reserve of torque, which remains until 3 000 r/min. This is not a car you will want to drive fast for fun, although if you’re not paying attention, it may go above the speed limit. The diesel can cover long distances on a single tank of fuel, and it’s obvious much effort has been made to stop the engine noise bothering the passengers. Yes, if you pin the throttle, the sound does increase considerably, but most of the time, it’s barely audible, providing a whisper-quiet interior experience.

The BMW-sourced V8 engine is equally smooth and hushed, but can be far more audible should you want it to be. It is a big part of the appeal … knowing you have ample in reserve and can access all the shove by flexing your ankle. Gear changes in the 8-speed ZF automatic transmission are like silk and quickly recede into the background while pottering along in both the D350 and P530.When pressing on, the shifts can be hastened, but will not disrupt its usual unflappable demeanour.

The ride is very well balanced considering its heft and size and it is a supremely pleasant modern SUV. It wafts along effortlessly; just the occasional jarring thump over larger bumps at low speeds enters the cabin. These jolts are only noticeable because the rest of the vehicle is so incredibly hushed thanks to the double-glazed glass and sophisticated noise-cancelling technology surrounding the occupants. Riding on massive optional 23-inch alloys and low-profile rubber certainly doesn’t help the cause for ultimate suppleness. We would like to sample a unit riding on 21s, as this may provide the necessary small difference. The Land Rover team made comparisons to Aladdin’s magic carpet and, while it may sound absurd, the effect produced by the active electronically controlled suspension and cameras reading the road ahead to compensate is superb.

You may be surprised to learn the Range Rover can manoeuvre unusually well about town for a vehicle that’s 5 052 mm long, sporting a 2 997 mm wheelbase. The urban environment is probably where many models will spend the majority of their time, so to improve its agility, an intuitive four-wheel-steering system has been fitted. The massive SUV’s back wheels can now be swivelled in the opposite direction to those in the front, enabling a turning circle of just under 11 m. Incredibly, that’s nearly the same as much smaller cars such as the Range Rover Evoque. The system works surreptitiously, unlike some earlier systems we’ve experienced, which sometimes startle the driver while in operation.

After a brief drive, we were left curious to see how the new L460 would fare during a more rigorous test. Although the V8 is tremendous – and diesel might be on the way out – there’s no disputing how well a brawny oiler suits a car of its type. The D350 is excellent, lacking the muscular soundtrack of Land Rover’s old V8 diesel. However, the engine’s increased mid-range urge and greatly improved refinement makes it an ideal fit for the vehicle’s character.

It may not have the honed performance or driver involvement of its German rivals, but it doesn’t need it. The new Range Rover should retain its crown at the top of the luxury-SUV hierarchy for those who favour a polished overall experience.

01 Driver’s instument panel is customisable and operated by haptic controls on the steering wheel rather than physical ones.

02 The supportive front chairs are large, hugely adjustable and can be had with heating, cooling and a massage function.

02 Understated and uncluttered rear is arguably its best angle.