It might look largely standard but this Series 3 XJ12 has a startling pace thanks to a 6.0-litre TWR engine.

It’s not often that I giggle when testing a classic car – it’s crucial and important work, I take my job seriously. But when I give the throttle of this Jaguar XJ12 Series 3 the beans, causing the car to rush forward with a forcefulness I wasn’t expecting, I can’t help but give an involuntary laugh at the absurdity of the experience. 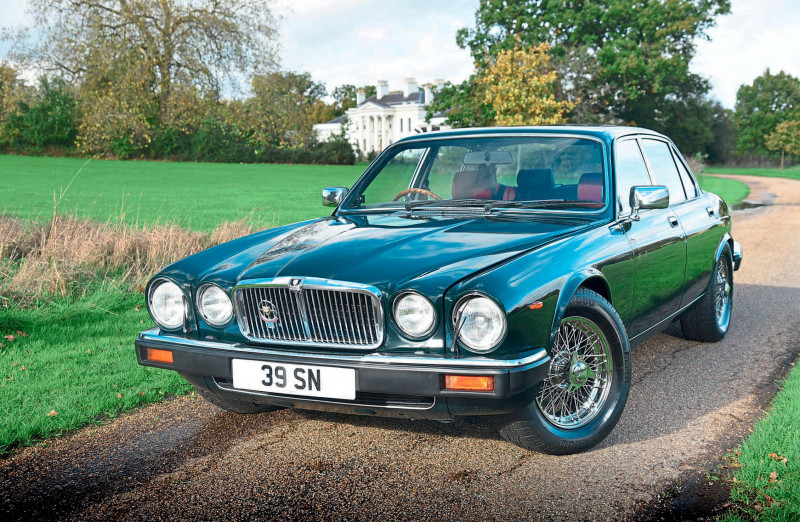 The reason behind this mirth-creating acceleration is the TWR-developed 6.0-litre V12 under the bonnet of this largely standard-looking car. Over 30bhp more power than its original 5.3 version has given the car an unexpected performance, one that I find both addictive and also hilarious. Other than being built in 1990, making it a reasonably late example of the Jaguar XJ12 Series 3, little is known about the car’s early years. Sometime In the mid-’90s it was sent by the then owner to the still burgeoning Jaguar specialist, JD Classics in Maldon, Essex, for an engine swap. Out came the original 5.3 V12 and in went a 6.0-litre of the sort that had been independently produced and developed by Jaguar’s former competition and tuning partner, Tom Walkinshaw Racing. 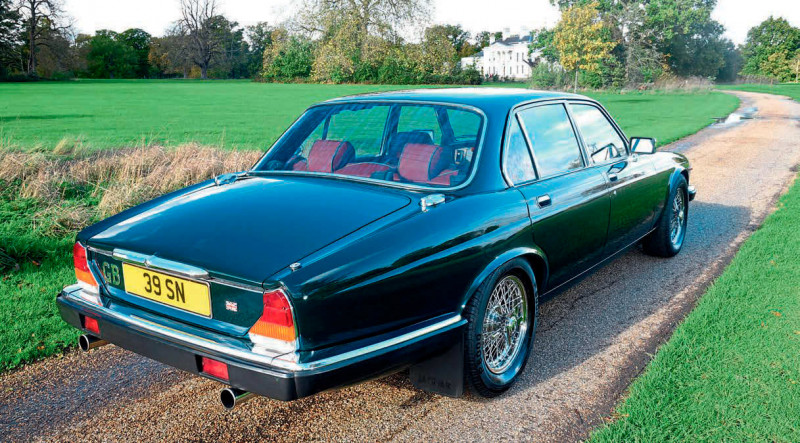 In 1984 and as a way to cash in on its successes competing in the European Touring Car Championship with the XJ-S, TWR began offering a series of factory-approved modifications for the standard road car plus the XJ Series 3 and later the XJ40 through its JaguarSport brand. 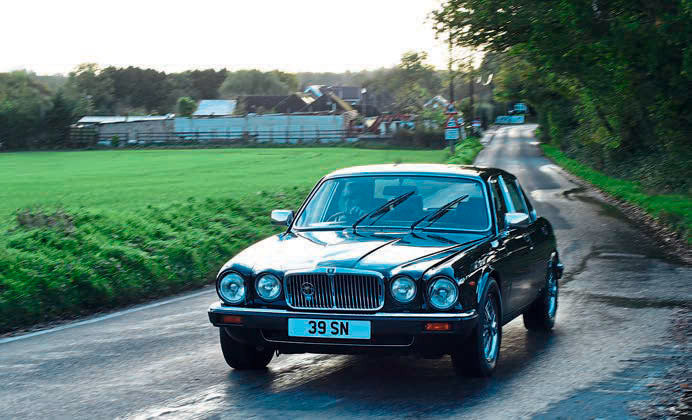 The ultimate modification, though, was TWR’s own 6.0-litre version of Jaguar’s venerable 5.3-litre V12 engine, the extra 648cc obtained courtesy of a longer-stroke crankshaft (78.5mm instead of 70mm). Aided by Zytek sequential injection, a digital ignition system and modified cold air intakes, power was lifted from the standard unit’s 285bhp to 318bhp.

Admittedly at £6745 in 1985, TWR’s 6.0-litre was an expensive way to gain just 33bhp, costing over £500 more than a new Ford Fiesta XR2. But due to its responsiveness and improved torque, the critics were still impressed by the unit. “Hit the open stretch of clear road and nail the throttle,” said Road & Track magazine in its August 1985 issue when it tested a JaguarSport-modified XJ-S, “and the Jag takes off like a scalded cat, covering distance with incredible speed, with barely a ripple to upset the occupants.” 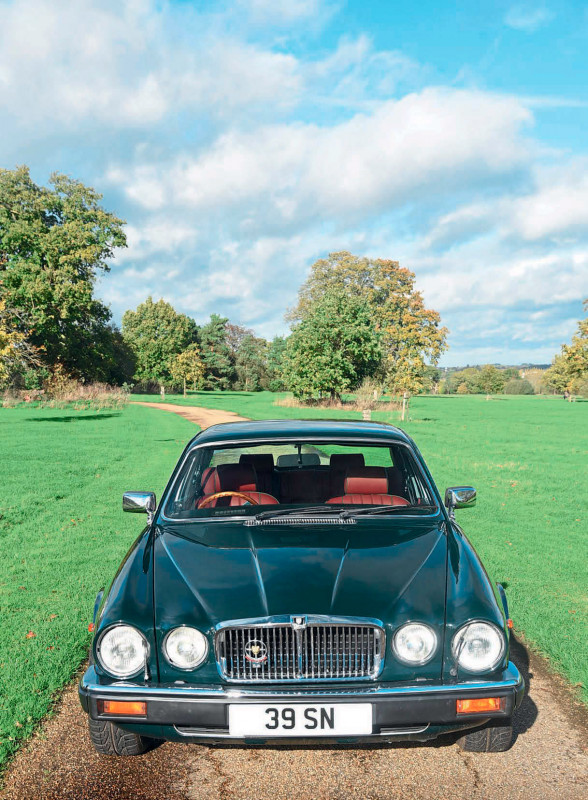 The engine was also initially available with the XJ12 Series 3 creating a fast yet exclusive super saloon, an image TWR’s marketing material at the time was keen to push. “You accelerate, feeling the extra power pull you smoothly forwards, with characteristic silence until the engine is really trying,” said a hyperbole-laden JaguarSport brochure from the mid ’80s, “when the crisp note makes itself heard in a very refined way. The 6.0-litre engine was worth it. It is not until you pause beside a large reflective surface – a shop window perhaps – that you catch a glimpse of yourself in the car with the smoothly flowing lines of its body styling kit declaring that you are not coming, you have arrived.”

A fine sentiment but due to the high cost of the engine conversion mixed with the Series 3’s traditional and conservative image, only a tiny handful of XJ12s were modified. And so, despite driving several XJ-Ss with the TWR 6.0-litre over the years, I’ve never experienced the saloon with the same unit meaning when I saw this green example currently for sale, I needed to try it.

At the same time as the engine transplant, the car’s British Racing Green exterior paint was refreshed and the seats reupholstered in a bright red leather with contrasting green piping. Together with the same wire wheels as the E-Type Series 3, it resulted in a striking car with a performance to match.

And 30 years later, it’s currently for sale with the company that originally modified it, JD Classics. When I visit the specialist’s new Chelmsford-based headquarters and see the car surrounded by arguably more exotic and definitely more expensive machinery, the British Racing Green saloon is extremely elegant, attracting attention like a thoroughbred racehorse would in a field of donkeys.

I’m not usually a fan of wire wheels retrofitted to cars that didn’t originally have them but since they come from the E-Type, I’ll concede this XJ12 looks more at home on them than others on aftermarket versions I’ve seen. Plus, at 16in compared to the 15in Pepperpot style of alloys a 1990 example like this would have originally come with, the bigger rims give the car more of an imposing stance. 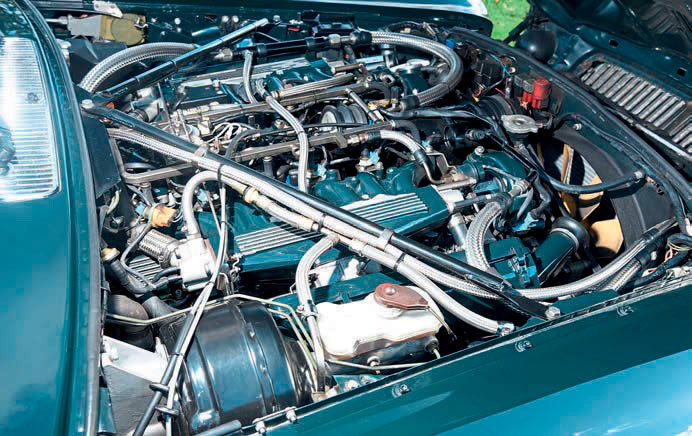 I’m not hugely impressed by the bright red leather interior, though, the garish hue clashing with both the XJ12’s usually discreet image and the green exterior but each to their own I guess. I will admit it’s beautifully finished, the new hide a better quality of leather than what the trimmers at Browns Lane would have originally used. But I didn’t come here to just to critique the décor. After twisting the key in the ignition, the big V12 churns slowly into life before settling down to the familiar thrum. As I pull the spindly gear lever down into drive and glide out of JD Classics’ premises and into the busy traffic, with the engine being smooth and refined, the steering so light I need barely any effort to steer it, it so far feels little different from a standard XJ12 Series 3.

But then on the outskirts of Chelmsford, I join a long, empty and tempting dual carriageway. I’m familiar with the restrained performance of an XJ12 Series 3, but the aggressive character of the TWR engine in this one takes me genuinely by surprise and it’s now, as I zoom down the tree lined road, that I start to chuckle harder than if I’d just heard the perfect Knock Knock joke or read my gas bill. With the three-speed gearbox changing down faster than normal, the resultant acceleration is not only harder than the 5.3 but Jaguar’s own, much smoother 6.0-litre V12 that was fitted to both the XJ40 and X300 XJ12s plus the facelifted XJS from 1993 and the reason why TWR’s own unit stopped being offered. 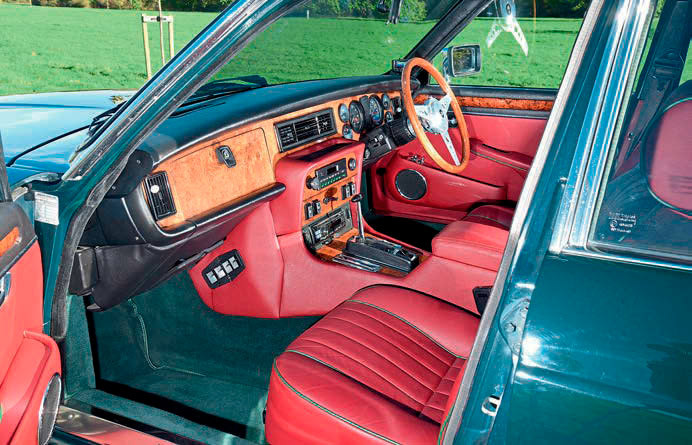 It revs for longer, too, and I’m already close to licence-losing speeds when the transmission finally clicks into the third. Yet the big engine continues to pull hard and it’s me that blinks first, backing off before the car asks or needs me to.

Despite what TWR’s marketing blurb might have said, the 6.0 produces a loud, deafening and raucous growl that fills the otherwise luxurious cabin. Yet I don’t find it annoying, the noise only adding to the excitement of driving what’s probably a unique car.

The ride and handling, though, remain unchanged so while the suspension is perhaps too soft for the increased power, suffering from more body lean than an oil tanker taking a racing line, it does remain as comfortable as a standard XJ12 should be. The famed IRS absorbs the worst our increasingly poor roads have to offer without the occupants realising the surface was anything other than tabletop smooth.

When I arrive back at JD Classics’ workshop and check the odometer, it’s showing over 107,000 miles, a decent figure for a 30-plus year old V12-engined saloon. But despite it not having been MoT’d between 2015 and 2021, after experiencing the car’s impressive performance myself, I’m not surprised to discover it’s been enjoyed fully by its previous owners.

I’ll admit freely to loving this car, finding the mix of the Series 3’s always elegant design together with the heightened performance of TWR’s 6.0 V12 an irresistible combination. It does, though, come at a price; whereas a standard XJ12 Series 3 in a similarly immaculate condition would be worth between £15k and £20k, this 6.0 is currently for sale at £75,000. But considering the car’s heightened speed, beautiful looks and relative rarity, I reckon that will only increase over time meaning whoever buys it will have the last laugh.

Thanks to: JD Classics (woodham-mortimer.com)

I read with interest the feature on the TWR-engined XJ12, since I ran a similar vehicle myself a few years ago. Mine wasn’t quite up to the standards of your feature car though, having been created by an acquaintance who dabbled in breaking Jaguars. He bought a heavily accident-damaged XJ-S as a donor for a presentable but non-runner XJ12 and had the workshop perform the swap without realising that the XJ-S in question was a JaguarSport car.

The resulting creation may have been something of a ‘bitsa’ but as Paul Walton remarks in your story, was hilariously quick. The slightly ‘shabby chic’ body and paint only added to the appeal when taking on BMWs and GTIs at the lights, but eventually its thirst got the better of me and I traded it for something more sensible. Naturally having read the feature, now I wish I still had it.