More, for a lot more. The GTS slots into the 911 range between the Carrera S and the wicked Turbo. Sweet spot or expensive excess?

If you’re in the market for a new 911 it’s a fair assumption you don’t have to watch every penny. Porsche certainly assumes this, with stiff pricing to which most buyers duly add a Sandero or two in options.

If there’s a value-for-money 911 it’d be the base car at £85k, and not the new GTS, which carries a £25k premium. Over the Carrera S 992.1 the GTS surcharge is £15k, and it nets you a power hike to 473bhp, a bespoke GTS chassis tune, upgraded brakes, a sports exhaust and exterior design tweaks including a unique GTS front bumper/splitter and tinted headlights. A GT3 for the people? Let’s find out, first on track. The Franciacorta circuit is, thankfully, easy to learn, though we’re told to keep ESP switched on at all times; even PSM Sport is prohibited. It’s a great track and brand new, still sweating chemicals, with mostly third- and fourth-gear stuff, flat kerbs flanking big gravel traps and no significant elevation changes. 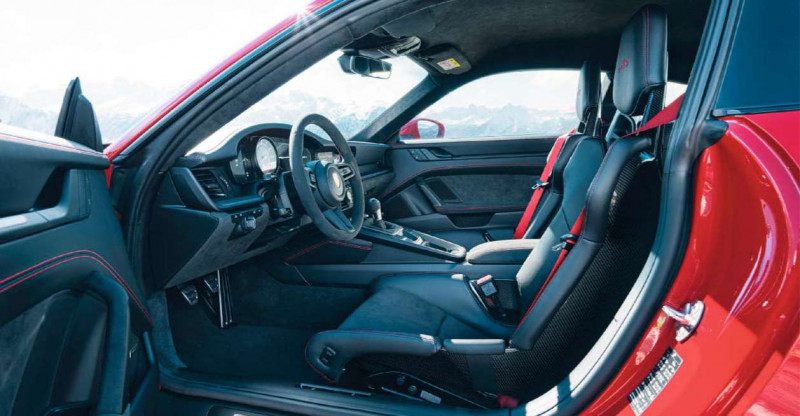 Sport mode feels chipper. Sport Plus whips through the PDK’s gears with a vengeance, doesn’t mind holding the revs high and changes down nice and early. On the road, this mapping is a nuisance. But it works a treat here, even if sixth, seventh and eighth go unused in this competitive environment.

The pace is brisk, the GTS – shod with Pirelli P Zero tyres (245/35 ZR20 and 305/30 ZR21) – refusing to wilt under a combination of my best efforts and some uncomfortably high ambient temperatures. The Italian rubber shrugs off late ABS-assisted braking, ambitious turn-in speeds and frivolous throttle ‘events’.

Further enhancing grip are the ground-effect aerodynamics. You can carry huge momentum through the esses, the car refusing to budge like it’s on slicks. It takes a brusque lift to trigger more than a wriggle of the tail, but towards the end of the first stint understeer suddenly becomes an issue through both second-gear kinks. This attitude prevails in Sport Plus.

Senior project engineer Thomas Veit: ‘With all the assistance systems deactivated, that’s exactly the response you will get. But we feel less experienced drivers are safer with a subtle warning relayed by a smidge of understeer at the limit.’ 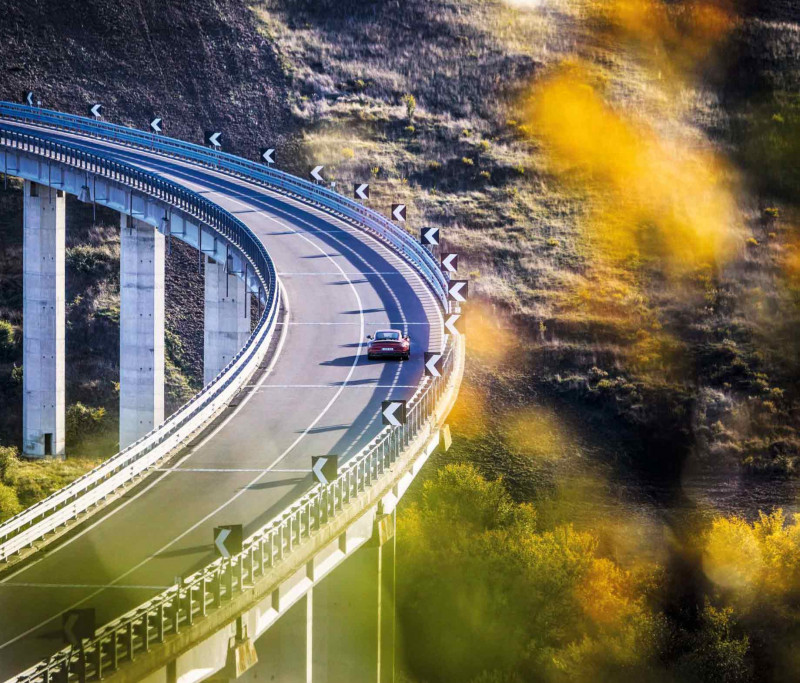 After two more stints, man and machine finally bond and we have the ‘this is all the 911 you’ll ever need’ epiphany. The GT3 has that magic new front suspension, along with a chassis tuned by the motorsport division. It is even more expensive than the GTS and no quicker against the stopwatch. The Carrera S may well be the better balanced daily driver, and its performance disadvantage is in, real life, purely academic, right? Let’s hit the road. Spending big on a GTS is not imperative to enjoy the essential facets of the 911 theme, but it makes for a quantifiably speedier road trip.

The sixth-generation PCM system introduces Android Auto, the next stage of Apple CarPlay, better-educated voice recognition, faster nav and improved smartphone connectivity. Also new is a self-parking system, which costs big money yet is without a doubt the stuff heart attacks are made of. Watching your £110k car steer itself into a marginal space takes guts.

While the matrix LED headlights are certainly nice to have, the rather defensive cruise control struggles to comply with the car’s sporty character, and lane-keep is too easily confused by provisional road markings and foul weather. It also needs to be deactivated in three tedious steps every time you restart the engine. According to Porsche, most customers embrace these electronic helpers and can’t wait for Level 4 autonomy… God help us.

Although the 911 GTS is functionally well equipped, the cockpit can lack flair if you don’t work the configurator hard. Everything’s on the table, assuming you have the money and the vision, via the Exclusive trim options, which mean you can paint the car almost any colour you like, trim the seats in some snazzy shades and customise every detail to order. Use the money you had perhaps planned to pump into the £6k carbon brakes (you won’t need them) and the front-axle lift, which is superfluous even for cave dwellers.

The understeer phenomenon persists, even on cobbled hairpins. How come, Herr Veit? ‘It’s a safety-first set-up. Give it a quick flick of the wheel paired with a brief lift-off, weight transfer, followed by a firm stab on the throttle. The car will be putty in your hands, I promise.’ Near Brescia, heavy traffic forbids such cheeky activity. But, once over the mountains, the roads finally unspool between knots of spiralling bends and impromptu roundabouts, meandering switchbacks and longer sections of refurbished go-faster superstrada.

Here the GTS excels, with a majestic flow that focuses on – and indulges in – an immersive dynamic cadence, the car converting your inputs swiftly and accurately into output. Now the 911’s a precision tool adjustable between dolce and arrabiata as you see fit, the driving experience a delicate balance of power, compliance and control, with you, the conductor, in total control of this mechanical orchestra. Late in the day, the answers to this morning’s questions finally emerge. It does not really matter which 911 you go for, because you acquire first and foremost a species rather than a particular specimen. As a daily fix, the base Carrera is almost as satisfying as the thundering Turbo S. But when you consider the finer nuances it is the Carrera S which offers the fullest flavour at the most reasonable tariff. The GTS is kind of like a second scoop of ice cream on the cone – very nice to have, but not absolutely essential.

GTS can be more relaxed or more raucous than its predecessor. Epic at times, Carrera S remains the default 911 nonetheless

Up here the GTS excels, with a majestic flow that focuses on – and indulges in – an immersive dynamic cadence

Up here the GTS excels, with a majestic flow that focuses on – and indulges in – an immersive dynamic cadence

PLUS + Oozes 911-ness; fits like a second skin; makes more of the right noises

The 911 can do everyday driving. But this remains the dream