When BMW collector Matt Swanborough wanted a track day toy he didn’t need to think too long and hard about which model ticked all the right boxes...

Regular readers will, by now, be well aware of BMW aficionado Matt Swanborough. A selection of Matt’s current car collection has appeared in the these pages in the recent past and we make no apology for that – each and every one has been more than worthy. Of course, that includes this latest subject – nothing less than an 330Ci Clubsport, a model we think is gaining in popularity as the E46 ages gracefully. As a self-confessed BMW addict, Matt has owned in the region of 60 Bavarian beauties in his time, amongst them a healthy dose of E46 3 Series, the car you see here entered his life when he was in search of a track toy. 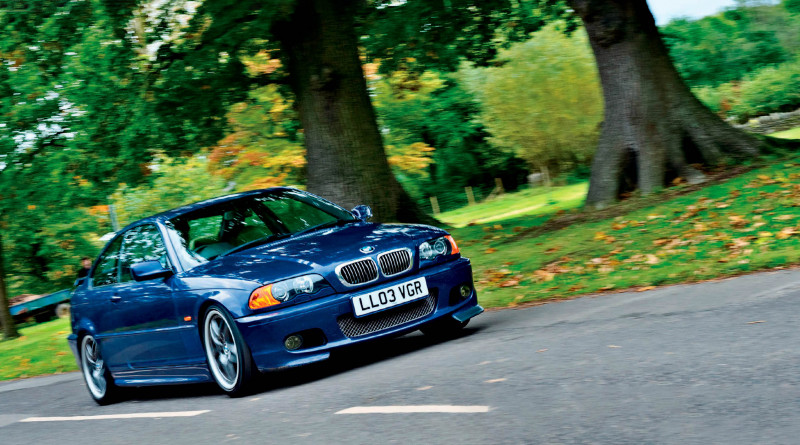 “Initially I was in the market for something I could use to take to the odd track day,” Matt explained. “I have always thought a track car would be a lot of fun and allow me to explore an entirely ‘new to me’, and different, driving and ownership experience. Perhaps even something that could help me become a better driver.” 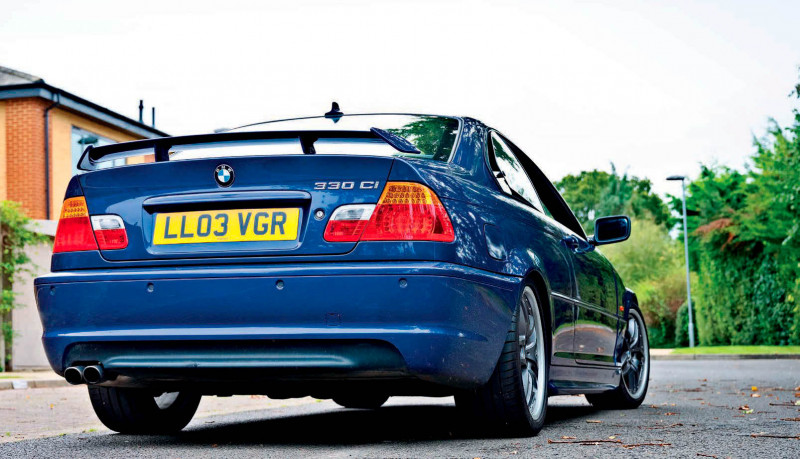 Matt’s shortlist of potential purchases was always going to be just that – short. However, with the options limited to the obvious – German-built coupés or hatchbacks, Matt landed on a type of car with which he was rather familiar. Yesl E36 and E46 coupés were top of his hit list from the start. “E36 coupés are getting thin on the ground, and anything remotely within my budget had already seen more wheel spins than a week of shooting a Ken Block video,” Matt laughed. “With that in mind, the E46 coupé, particularly with the fantastic M54B30 engine, was the very top of the list – by a long shot.”

Matt’s search led him to a 2003 pre-facelift E46 Clubsport fi nished in Velvet Blue, a 5-speed manual with 160,000-miles on its dials, the car had what Matt describes as a few “questionable cosmetic details” courtesy of its previous owner’s tastes, but it was in great condition on the whole, drove well and seemed as if it was ready to hit the track right away. It seemed perfect.

“I bought it based on the condition of the bodywork – its lack of rust, and the fact that the previous owner was a bit of a petrol head who had taken care of so many key E46 issues during his ownership,” Matt told us. “The previous owner had replaced worn bushes with poly items, and rebuilt the VANOS. I felt I was buying the car from a like-minded owner – when I am buying any car I feel that is always a huge plus point if not a very important factor.” 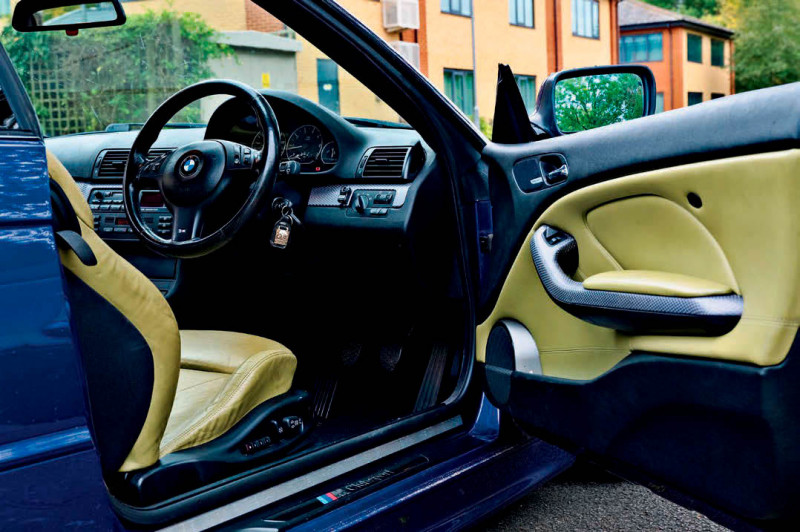 Now, to the important stuff. Does this E46 live up to Matt’s expectations?

“The car feels very poised and well balanced on the road, the M54 3.0-litre engine absolutely sings with a lovely, beefy, straight-six exhaust note,” Matt smiles. “One of my favourite aspects of the car was the addition of the M3 Kiwi leather interior. The Black Sport interior it came with just looked so bland, with that lovely vibrant Velvet paint for me it needed the lighter colour interior to set it off. The interior isn’t for everyone, but I would say reserve judgement until you have seen the car on a sunny day for yourself!”

By his own admission, Matt would not ordinarily modify any of his BMWs, however, that Kiwi leather hasn’t been the only change in this instance. The Clubsport’s standard Sport suspension offers increased rigidity over a common-or-garden E46, but Matt has taken things one small stage further with the addition of 10mm spacers on each corner, these allow the Style 71 two-piece Clubsport wheels to sit slightly prouder in the arches than BMW originally intended. The wider stance is designed to improve the way this car performs on the track. Added to that comes the addition of a K&N cold air intake, naturally this serves a dual purpose of grabbing cooler air for the power unit, and making it sound all the better for it at the same time. 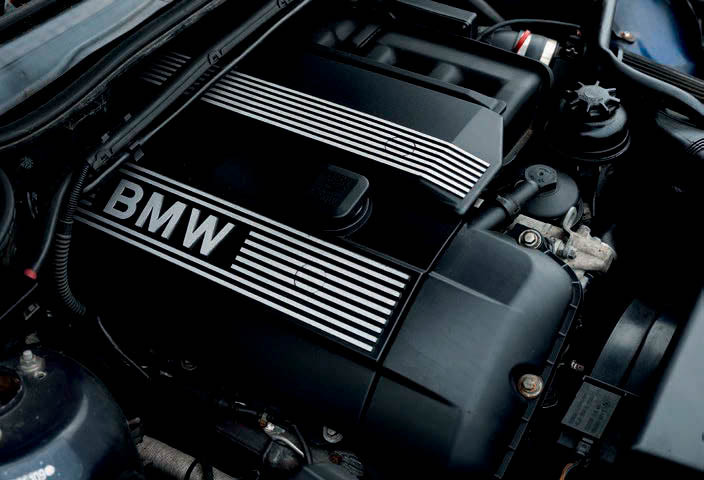 Happily, Matt has endured little to no real dramas with the car during his time with it. “Probably the most annoying thing that has happened was an exhaust gasket blowing under the car, it was a nightmare for my very patient mechanic at Ultimate Velocity to repair as the old bolt would not budge,” Matt explained. “Aside from that, I have probably lavished the car with more than it needed in terms of maintenance as I didn’t want to risk any reliability issues on a paid track day, as a result it has been faultless.”

It is no secret that Matt enjoys interacting with the people who are an integral part of the BMW scene as much as he gains pleasure from his cars themselves. The close-knit BMW community offers much and Matt meets different folk with each and every BMW model he owns.

“The BMW scene is, and continues to be, as good as ever – full of so many genuine enthusiasts and owners,” he smiled.

As a man so plugged into the BMW scene, Matt’s opinion carries with it a certain level of authority, as the BMW guru that he is, therefore, we wonder where Matt ranks this E46 Clubsport in the general 3 Series hierarchy?

“These cars are incredibly good value – even really good examples with six-cylinder engines are commanding very reasonable sums,” Matt said. “For me the E46 is not yet a classic, not because of age but more so as they are still a very common sight on the road. The E36, on the other hand, has thinned out massively resulting in me having to double-take whenever I see one – no matter what model it is! For that reason alone, I think the E46 has a while to go before it is considered a true modern classic,” we are told.

Matt is known for keeping his cars when space allows, however we wonder whether this E46 will remain as part of his BMW fleet for the foreseeable future?

“Every time I think of selling this car I chicken out!” Matt laughed. “I have twice put it on a popular paid-for classifieds website only to end the listing immediately after going out for a little drive in the car.

“In my mind I would seriously struggle to find anything remotely as special and fun for the money it is probably worth. The only reason I have even considered selling the car is that, for me, being a 5-speed manual six-cylinder car just means that it offers a very similar a driving experience to that of my E36 Touring featured in BMW Car’s May issue this year. And, for me, that Touring will be a long term keeper thanks to the practicality it offers for my family life.”

The E46 Clubsport arrived in 2002 and represented one of the final changes made to the E46 line-up prior to its facelift. Based on the 330Ci Sport, the E46 330Ci Clubsport was mechanically identical to the 330Ci Sport but gained carbon fibre splitters and a rear spoiler. A choice of two non-standard colours where made available, Velvet or Estoril Blue, alongside a rare Titan Silver. Inside, the Clubsport got a short-shift gear lever, unique alloy interior trims and sill plates, the centre armrest was deleted while electric leather seats were standard issue. Style 71 split rim M doublespoke alloys were fitted to each corner and there was also a reduction in engine bay sound deadening material, Sport suspension toughened the ride. Interestingly, in some markets, the Clubsport pack (code S768A) could be added to models other than the 330Ci Sport – such as the 320Ci. Available from 2002 to 2005 when the E46 was replaced, Clubsport cars were built as ‘Individual Series’ cars rather than being built in limited runs, this means that specifications of non-330Ci cars can vary.