The XJ12 Series 3 remained in production for over two decades, only finishing in late 1992. We revisit the very last example on its 30th anniversary

New things are always better than old things,” said the artist Andy Warhol once. With most consumers agreeing with him, that’s why, whether it’s televisions, mobile phones or trainers, all products are considered oldfashioned as soon as they go on sale. 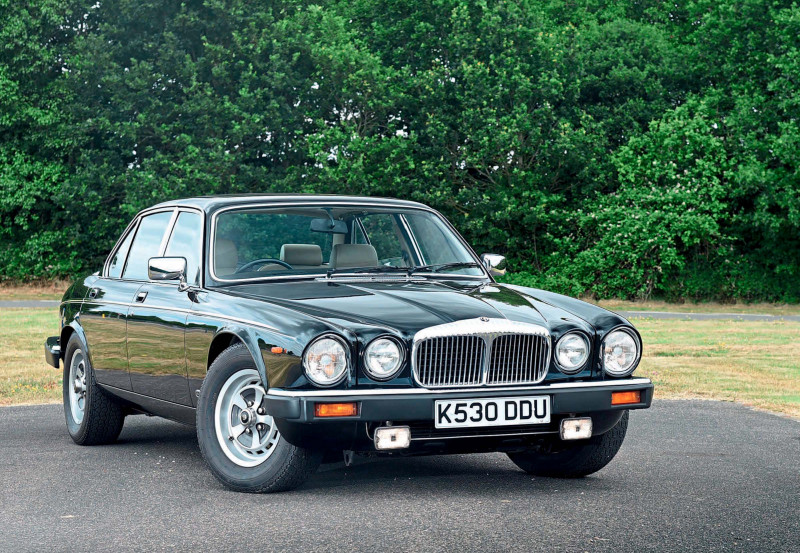 This is especially true in the automotive world with cars quickly receiving a mid-life facelift before being replaced after only a few years as manufacturers attempt to lure customers with yet another new model with even more exciting features. One of the few exceptions to this rule was the Series 3 XJ12. Since it was the second facelift of the original XJ6 from 1968, when the third generation went on sale seven years later it was already seen as old fashioned. And yet it was kept in production for a staggering 13 years, an eon in car terms. When the final car – a black Daimler Double Six – rolled off the production line 30 years ago it was a dinosaur compared to newer rivals yet by being one of Jaguar’s most important and popular models, it was still a landmark event. To mark the 30th anniversary of the model finally coming to an end, we look at the car’s long history before driving the very last example.

The reasons why the XJ12 continued long after its sell-by date can be traced back to the early Seventies and the development of the XJ40 when Jaguar was part of the giant British Leyland. Needing to save money, several brands began sharing parts and it was rumoured that instead of developing a new straight six, Jaguar would be forced to use the Rover V8 to replace its venerable XK unit. The idea sent shockwaves through the company’s management. For a company that prided itself on the quality of its engines, the thought of using one outsourced from elsewhere was worse than wearing someone else’s shoes.

It is often said that to prevent this, Jaguar’s engineers designed the XJ40’s engine bay to be too narrow to accept a V-configuration engine on purpose. But in reality, following the 1973 oil crises, which had seen the cost of fuel quadruple (sound familiar?), Jaguar’s V12 and its sub-20mpg was considered too thirsty and commercially unviable.

Believing there would not be a 5.3-litre version of the new car, director of product engineering, Jim Randle, and body engineer Cyril Crouch designed the crushable side-members of the XJ40’s engine bay to accommodate an in-line engine only. When the idea of using Rover’s V8 was first suggested to Randle he told BL’s management that it wouldn’t fit, despite never measuring it. But since nobody else had either, the idea never went any further. In an interview he gave much later, Randle admitted, “I guess I would have got the sack if they had known what we were up to, but history is written by the winners, isn’t it?” 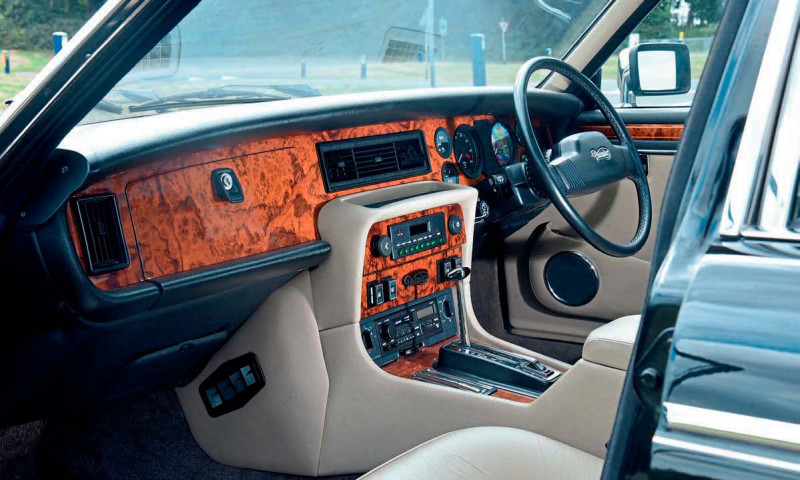 But by the time of the XJ40’s 1986 launch, the market for big-engined cars was beginning to reawaken; BMW already had the 5-litre V12 750i while the Mercedes- Benz 6-litre S600 was just around the corner. This meant ironically Jaguar needed a V12 saloon of its own after all. With no money to develop one quickly, the solution was simple as Sir John Egan, who joined Jaguar as its chairman in 1980, explained to me a few years ago: “There was still a market for the XJ12, but engineering resources were still very scarce. So, until we could design the V12 into XJ40, we decided to carry on with XJ12 Series 3.”

Despite the car’s age – the Series 3 being seven years old by 1986 and the XJ as a model close to 25 – it wasn’t such a crazy idea. Following constant improvements in quality, instigated by Sir John not long after he had arrived, the car had become reliable and was still selling well. In fact, to keep up with demand, production of the XJ6 Series 3 didn’t end until May 1987 a year after the XJ40 had officially replaced it. 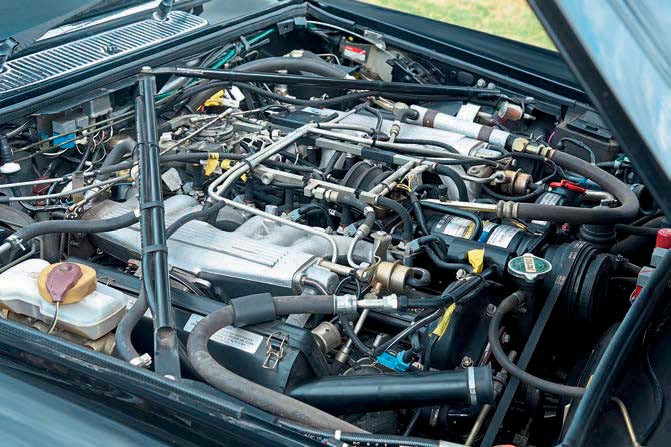 Hand built on what had been the XJ40 pilot-build line at Browns Lane, XJ12 production would always be small – but as Jaguar’s unashamed flagship, these cars weren’t for the mainstream consumer. There was the cost for one thing. With a price tag of £27,000 in 1986, the XJ12 was £7200 more than the XJ40 3.6, while its 19.6mpg figure would have repelled many potential customers, especially when the 3.6 was returning 27.5mpg.

Then, there was the car’s image. While the entry-level XJ40 with its 2.9 and cloth trim made it appealing to a younger, fleet car driver demographic, the XJ12’s lavish interior and classic shape had much as much old-world charm as a village in the Cotswolds. This meant it appealed to the motoring connoisseur, the type who liked their cars as they did their suits; handmade. It was, as Jaguar suggested in a sales brochure of the time, “The international passport of the stylish and successful.” 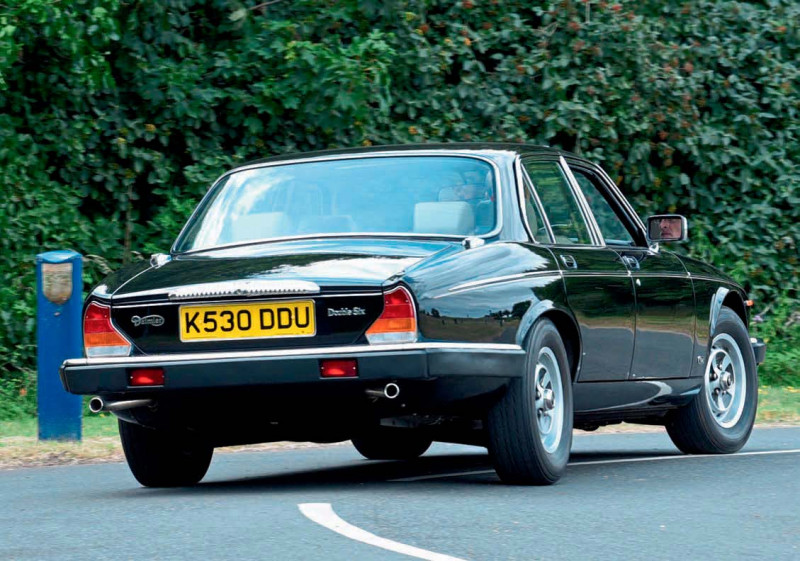 The car was available in mechanically identical Jaguar and Daimler flavours, although the latter had a slightly more luxurious interior with extra veneer, plus the famous fluted grille and more chrome on the outside. Other than modifying the engine to accept unleaded fuel in 1989 and fitting ABS brakes as standard from 1990, there were few updates. The Series 3 was basically treading water until the V12-engined XJ40 (codenamed XJ81) was ready. With the engine bay needing to be heavily re-engineered to accept the V12, the car wouldn’t arrive until 1993.

With its role as Jaguar’s flagship at an end, in November 1992, the final Series 3 was a black Daimler Double Six which, preceded by the last Jaguar-badged model, slowly rolled down the Browns Lane assembly line and into the history books. On the eve of the 30th anniversary of the car being built and therefore the Series 3 finally coming to an end, we take a close look at this beautiful old car. 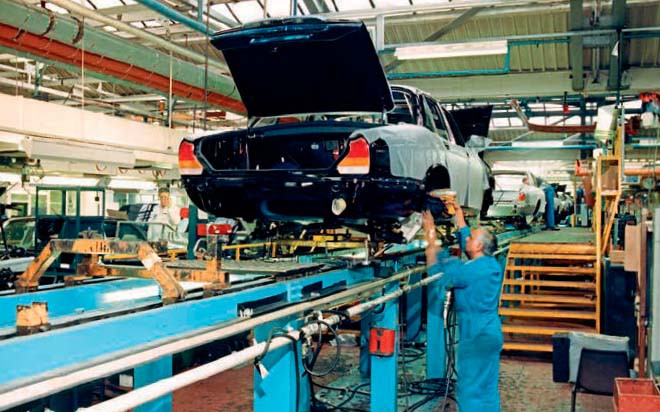 A genuine museum piece, as soon as the black car – chassis SAJDDALW3CR487641 – left the assembly line it was handed over to Jaguar Heritage where it remains as part of the Trust’s collection of historically important Jaguars. With not yet 2700miles on the clock in three decades, its resultant condition is obviously immaculate, the black paint shinier than a hearse while the huge, fluted radiator grille reflects the sun more than the Walkie Talkie building in London that due to its design has set fire to cars parked below. With its perfect proportions, tasteful details and classic round quad lights, this final example is an excellent reminder of what a handsome, stylish yet discreet car the Series 3 is. Obviously by the early Nineties its curves must have have looked old fashioned compared to the more angular XJ40, but ironically 30 years later I reckon it’s the one that’s aged better. What really dates the car is the interior.

As modern as a grandfather clock and built like one, too, the instrument panel consists of several separate Smiths whiteon- black dials fixed directly into the veneer. Compared to the XJ40’s modern, plastic binnacle, the Series 3’s style of dash layout links the car to the earlier generations of XJ and beyond. Drivers of a MkVII would feel equally at home in this car. However, the trip computer and black air vents are awkward bedfellows to all that wood and it lacks some of the style of the earlier, simpler, more cohesive dash in the Series 1.

A twist of the ignition key is followed by a mechanical whirr, as the thousands of parts that form this huge engine start to spin. Bursting into life, it exhibits the same qualities as a top-class butler: smooth, quiet and refined. Slotting the thin T-bar gear lever down a couple of notches into drive (the XJ12 was never offered with a manual gearbox) and releasing the brake, the car immediately rolls forward, and it doesn’t take much effort to get it moving. The slightest touch of the throttle pedal results in an eruption of acceleration that’s surprisingly sharp for such an aristocratic car; imagine watching the Duke of Gloucester outrun Usain Bolt in the 100m sprint.

Despite weighing in at 1925kg (155kg more than the XJ40 3.6), its dash to 60mph is a remarkably rapid 8.7 seconds and it will keep going until it reaches 150mph. Old or not, those are remarkable figures for a car that is the motoring equivalent of Blenheim Palace. Through it all, it remains very refined and quiet, emitting only a discreet ‘wuffling’ sound under heavy acceleration – a long way from the angry bark of today’s V8s.

It’s soon clear the car’s handling isn’t as sharp as later cars such as the XJ40: the ride is too soft, the steering too light and there’s some serious body roll, but fast driving isn’t really the point of the car. With a suspension setting that absorbs the worst of our roads’ flaws, it’s about getting to your destination in relaxed style – and that’s a combination the XJ40 couldn’t repeat, even the V12 version from 1993.

The Series 3 might have been from another era, but the qualities that made the XJ12 Series 1 and 2 such class-leading saloons in the Seventies – mainly a supple ride and silky-smooth engine – were just as important over a decade later.

The majority of today’s consumers might always put newness above everything else but as this last beautiful example shows, for the handful of connoisseurs that bought an XJ12 Series 3 in the late Eighties and early Nineties, what the car lacked in modernity it made up for in style, grace and refinement. W

Thanks to: Jaguar Heritage Trust (jaguarheritage.co.uk)