So it’s finally arrived, the third car to bear those hallowed letters – CSL. Unveiled at the Concorso d’Eleganza Villa d’Este the G82 M4 CSL will no doubt be quite the performer but I can’t help but feel a trifle conflicted about the car. On the one hand I’m delighted that BMW is still prepared to put the effort into producing halo machines like this but I’m not quite sure that its execution is as good as it could have been.

The raw figures are pretty impressive though – 550hp, 479lb ft of torque, 0-62mph in a scant 3.7-seconds and a top speed of 190mph and while there’s no manual option the fact that it’s rear-, not all-wheel, drive is to be applauded too. I do have a problem with the ‘L’ part of its designation though. At 1,625kg it’s no lightweight and just 100kg less than the M4 Competition Coupé on which it’s based. Obviously there’s only so much M can do to shave kilos from an already lardy machine but it’s a far cry from the E9 CSL’s 1,165kg or even the E46 CSL’s 1,380kg. When compared to another track-focused machine from Stuttgart, the 911 GT3, the M4 CSL looks a bit chubby, being 190kg heavier. 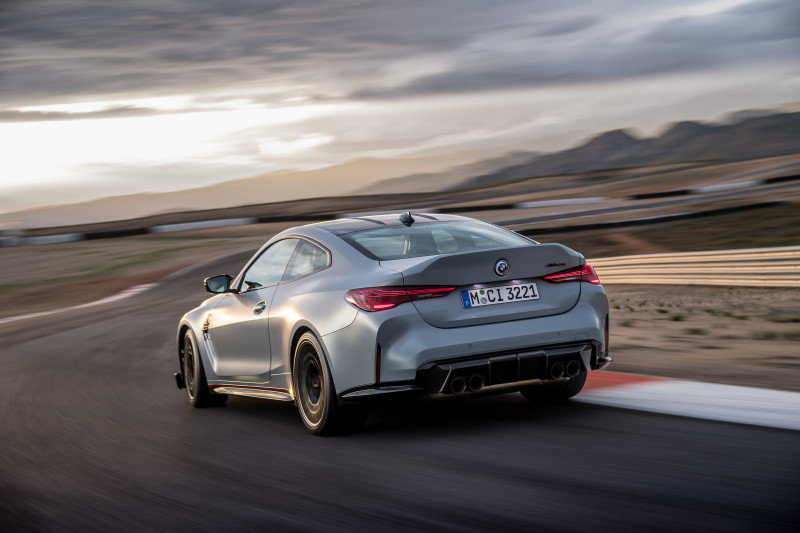 Perhaps I’m being a little harsh but it does seem that cars are ridiculously heavy these days – even the significantly smaller M2 CS tips the scales at 1,550kg and that has also been slathered in weight-saving carbon fibre. I’m also a little bit confused as to the M4 CSL’s purpose. The press release for the car is full of phrases such as ‘The new M4 CSL has track driving as its raison d’être’ yet unlike machines such as the M3 GTS it doesn’t have a cage and is still full of all the iDrive gubbins and a 10-speaker HiFi system with a 205-watt amplifier.

And then there’s the CSL moniker which I’ve always understood to mean Coupé, Sport, Lightweight, yet in the latest literature BMW seems to have changed that to Competition, Sport, Lightweight. Surely the only CSL to emerge from BMW that could have worn that was the original which did actually take to the track in anger? The E46 and latest M4 CSLs G82 weren’t and aren’t really suitable for motorsport, lacking the necessary homologation.

However, I am prepared to give the M4 CSL the benefit of doubt for the time being – the proof of the pudding will be in the driving. And BMW M has form these days for turning very good cars – M2 and M5 Competition spring to mind – into absolute belters with the M2 CS and the M5 CS. With more power than standard, carbon brakes and extensively fettled suspension the M4 CSL G82 should, hopefully, continue this trend. Both of those machines have been subject to a mild diet plan though, so one has to ask why is it that the M4 gains the ‘L’ while the other two are simply CS models?

I’m sure someone in the marketing department can fill us in but I imagine that the lucky 100 owners of the new M4 in the UK will love their cars, even if the looks might be an acquired taste. It’ll be interesting to see how many actually venture onto track though, if I’d just shelled out the best part of £130k on an M4 I’m not sure I’d be risking it on track days, but perhaps that says more about my income than anything else. Hopefully the car will be an absolute belter and I can dream about affording one, but when (if!) that day comes, I think I’d still be putting my money into an original E9 CSL as it’s still ranks as one of my favourite driving experiences of all time. Perhaps the M4 CSL will be able to change my mind…