It’s great to be out and about rather a lot again after a prolonged period of enforced confinement as our world came to terms with COVID. The ability to once again just pack a bag and hit the road has been reinvigorating, especially when at the wheel of Porsche’s stunning 992 Targa 4S Heritage Design Edition, which you can read about in detail on page.
On my travels I’ve noticed more 911s out enjoying the road than usual as owners fully commit to the ‘Carpe Secundum’ school of thought. As is said many times in this magazine, a Porsche is built to be driven, not sat at home in a garage, so this latest revelation has been great to see. It’s also been highly pleasurable to enjoy the company of other enthusiasts in person for the first time in many months (no more Zoom, hooray!) while sharing our passion for these great sports cars.
A word of advice: if you’re putting together ideas for summer road trips and plan on undertaking some maintenance or repair work beforehand, don’t leave it until the last minute. Many businesses are struggling with delays to parts availability from suppliers for one, but also it seems many enthusiasts skipped services or maintenance work last year due to the lack of miles covered, which means workshops are facing a backlog of clients this year due to a doubled workload. In either scenario, I wouldn’t want you to miss out on the fun stuff, particularly after a year or so of relative inactivity, due to the realities of dealing with the aftermath of this great world event.

We at Total 911 are looking forward to plenty of road trips coming up, where we’ll bring you an array of awesome 911s on the world’s best roads, hopefully meeting as many of you along the way as possible. Enjoy the issue.

I’ve just got back from a memorable trip to the Museum on Porscheplatz, where the company once again held ‘Sound Nacht’ after a COVID-induced two-year hiatus. It was a huge privilege to attend: the event, split between Weissach and the Museum, has been watched online by some 50,000 people around the world, while just 22 of us were afforded the priceless experience of being present at the Museum on a warm Saturday evening as the cars were fired up and played their own concert in front of us. 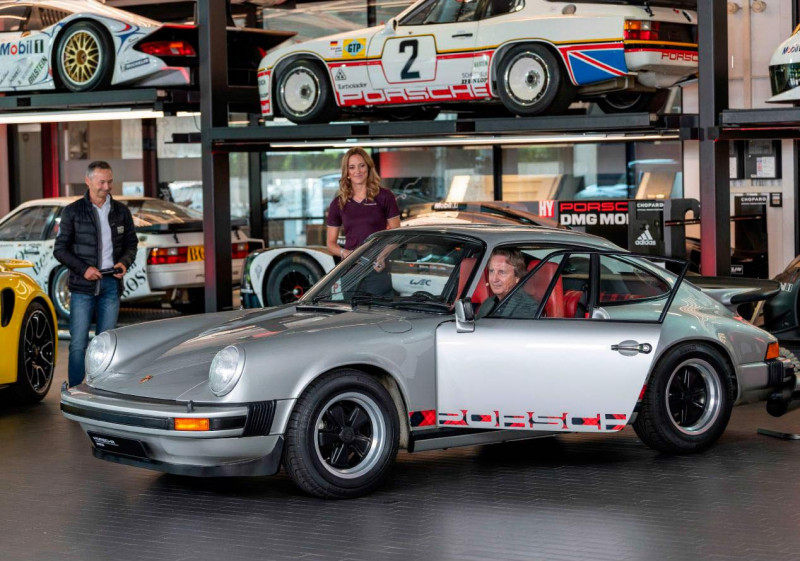 The carefully chosen sports cars – each with their own, unique soundtrack – were joined by legends such as Walter Röhrl, Roland Kussmaul and August Achleitner, who shared stories on each of the models with a genuine warmth and passion that can only come from a manufacturer with such rich road and race history as Porsche.

Of course, the company doesn’t need to organise Sound Nacht: there’s no real commercial purpose, as new Porsche sports cars are barely mentioned, let alone present. The event is run by real enthusiasts within the company (which again marks it out from others) in a kindred nod to those of us who also have petrol running through our veins. Its very concept is simply marvellous, and Porsche’s commitment to administering it every year even more so.

However, there’s a real argument that as the years roll by, Sound Nacht will take on even greater significance. With automobiles changing at an ever-quicker pace thanks to digitisation and the adoption of e-power, Sound Nacht will act as the reference point for a decorated period of motoring history where cars were powered by mechanical parts, not computers, and with their striking soundtrack at the epicentre of the emotions they garner.

Porsche clearly recognises this, which is why it insists on giving enthusiasts one glorious night a year where these brilliant sports cars are brought back to life in the name of automotive nirvana, their memories etched into our minds, their sounds joyously ringing in our ears.