The first-generation Ford Mustang was famously a runaway hit for the Blue Oval when launched midway through 1964. 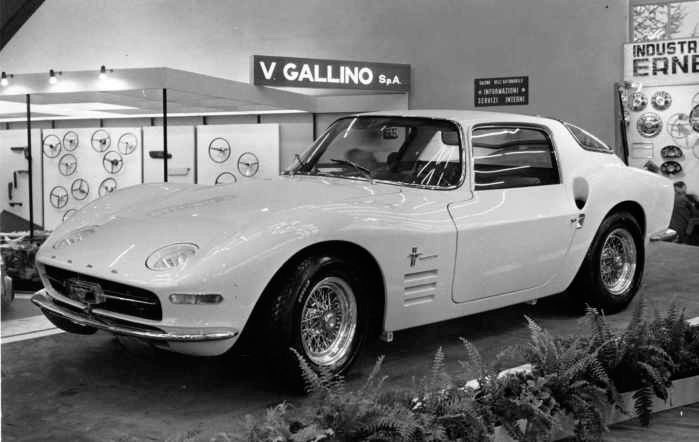 Nevertheless, that didn’t stop others from trying to improve on perfection. All manner of Latin carrozzerie had a stab at reconfiguring the original Pony Car with varying degrees of success, Bertone and Zagato among them. OSI’s 1965 offering was perhaps the most radical but also the one largely forgotten by history.

Formed by Arrigo Olivetti (of typewriter fame) and the then president of Ghia, Luigi Segre, the romantically-named Officine Stampaggi Industriali was born in 1960 and financed by the FERGAT road wheel and metal stamping concern. Speaking to us in 2006, the firm’s studio chief Sergio Sartorelli claimed OSI was meant to act as a “…parallel structure with the intention of producing small-series Ghia designs – today you would call them niche vehicles – in much the same way as Bertone and Pininfarina did. But it was a separate business.

Segre anticipated that competition from other carrozzerie would only become greater, so he needed to act. OSI was largely his idea.” 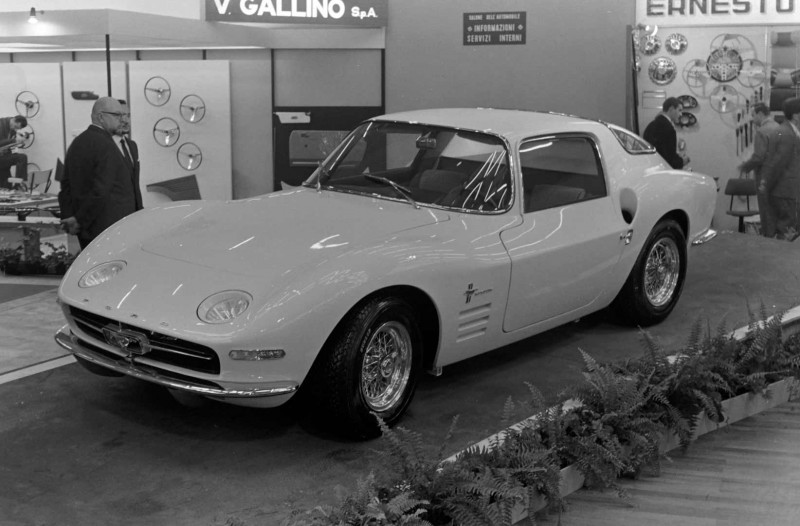 And thus, a whole raft of designs followed, some of which made the leap into volume production, all things being relative. OSI enjoyed a particularly strong relationship with Italy’s Ford concessionaire which spawned the Anglia 105-based Torino. This, in turn, led to the Ford of Cologne-sponsored 20M TS coupe which foretold the Capri and sold in reasonably large numbers.

Who precisely conceived the OSI Mustang is lost to history, but it was clearly more than a mere rebodying exercise. What’s more, it received factory blessing if Style Auto magazine was to be believed. While retaining the donor car’s 271hp V8 and four-speed ’box, the wheelbase was shortened from 2473mm to 2400mm. It also featured a marginally narrower track front and rear (1400mm at each end, compared with 1407mm/1422mm). Much of the platform was cutaway and replaced with a tubular semi-spaceframe structure. 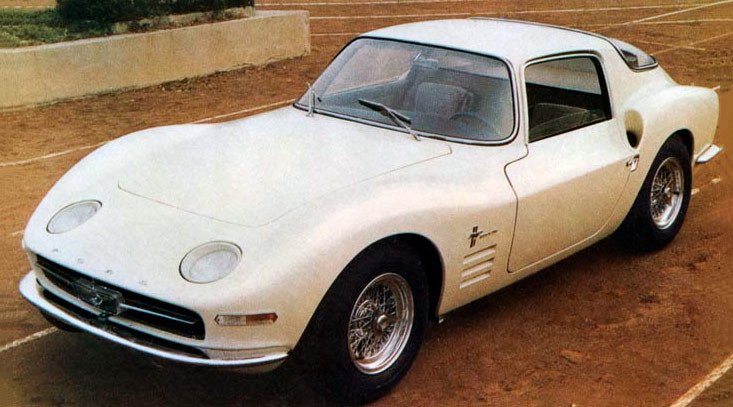 And, unlike the regular Mustang which never was particularly sophisticated, OSI’s offering featured independent rear suspension, complete with a self-locking ZF diff, plus disc brakes all round.

The big news, however, was the outline. OSI’s brave new world didn’t share even trace elements of the car that bore it, save for the badges. Riding on knock-off Borrani wire wheels, and bodied in glassfibre, the car’s signature feature was the foldflat headlight arrangement which foretold the Porsche 928. Inside, there was the obligatory mahogany dash, alloy-spoked Nardi steering wheel and a mixture of burgundy leather and plaid trim.

Making its public debut at the November 1965 Turin Motor Show, the OSI Mustang was met with muted praise by the motoring media. Sergio Rogna of Style Auto was perhaps the most effusive, reporting (not altogether coherently): “Although from the styling standpoint some discordance has been noted in details, it is not difficult to foresee that it will appeal to the public to whom it is directed.”

Some doubt lingers over whether or not OSI ever intended producing replicas. Somehow, we doubt it. As it stands, only one car is believed to have been made and its current whereabouts remain a mystery.

1965 Mustang reimagined by OSI — in colour 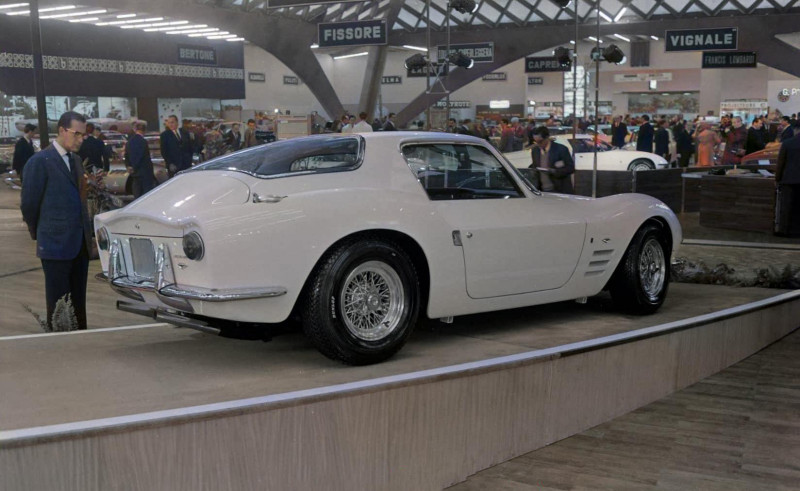